A Queensrÿche-Filled Sort Of Day

So this morning, Queensrÿche was in Q101, playing a few songs for the morning show. I ended up listening in the studio, and chatted a bit with their engineer and Luv Cheez.

Hearing them perform was very interesting (they sounded remarkably like they do on their album). It’s a rare thing, I think, for a band to come in and sound really good in the studios – as it’s them using someone else’s equipment, etc. That, and the fact that it’s early as hell if they’re doing the morning show (from what I heard later, they were running on no sleep this morning).

To date, I have worked at inside the Q101 offices for 2 and 1/2 years, and have not yet approached a celebrity for any kind of autograph. Until today. I felt a bit awkward about it all, but in the end (thanks to Matt’s prodding) I jumped right in there with my jacket and a marker – and got me some autographs. 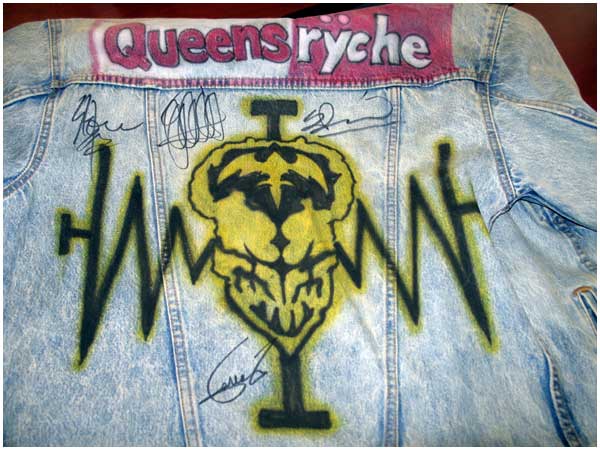 « Someone’s been moving them.
Acoustic Performance, House of Blues »