As a “thank you” for the work we did for WLUP’s Ultimate Garage promotion, Angie took me and Chris out for some dinner tonight. I’ve still got a crapton of pictures from the photoshoot that I haven’t posted yet. One of these days… one of these days. I’ve got three days’ worth of fun stuff to update, all the way back from the start of this month.

Salud is right on the corner of Milwaukee and my old street, Honore. It actually used to be Holiday, a place that I never frequented all that much… but Chelsea, Liz and Steph used to go there all the time. I went there, but only infrequently. A few times, I ducked in there after work for a drink and to do some writing.

And then… there was the one time I blew a .019 on a breathalizer there. 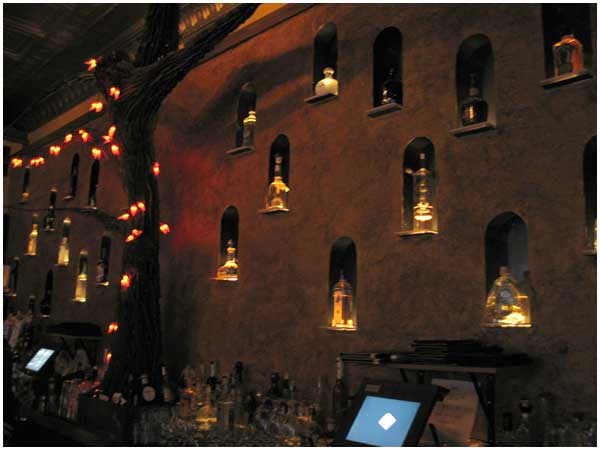 Inside… the place is structurally the same, but I couldn’t help but look around and see the ghost of the old bar behind every table and chair.

This is a shot behind the bar, looking at the wall of tequila. 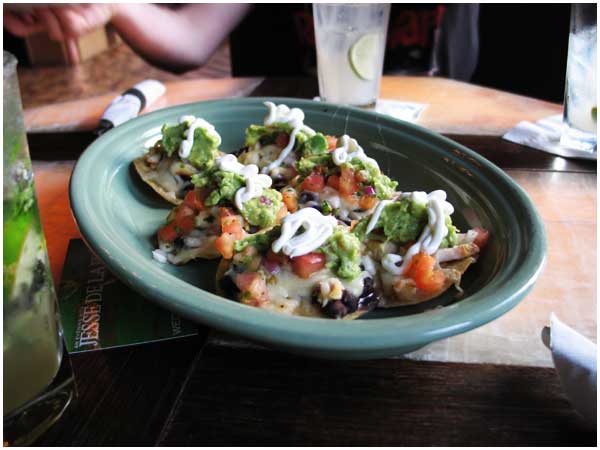 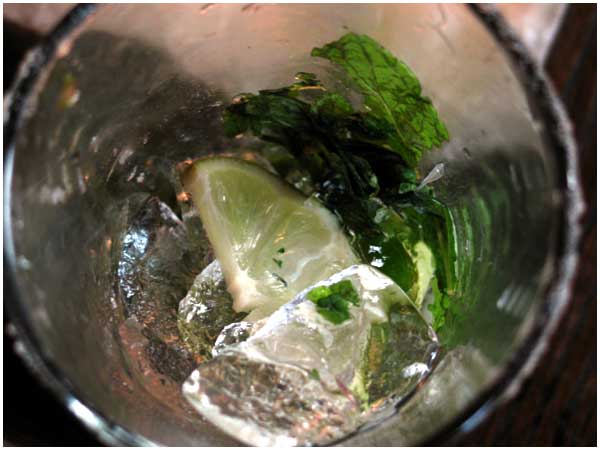 Chris and Angie ended up ordering a wonderfully named drink called “The Tequila Mockingbird.” Me, I got a Mojito because when I first saw it, I was suddenly reminded of the first time I ever had a Mojito, with a girl I knew briefly.

This one was my second.

Chris and Angie do a quick pose.

Had fun tonight, talking a little work stuff, as well as some neighborhood gossip (good places to eat, etc). One particularly funny thing was that, on the TV on the wall… a commercial for the Ultimate Garage came on. We’ve all seen the commercial as a media file, but this was the first time any of us had actually seen the thing on television. It was cool to see this “thing” that we had all worked on, each in our own way, manifest on the screen. This was stuff that we had seen detailed in an Excel spreadsheet, in emails, and in various files passed back and forth at work. Kinda cool to see it all fancified and dressed up.