All safe, gentlemen. All safe. 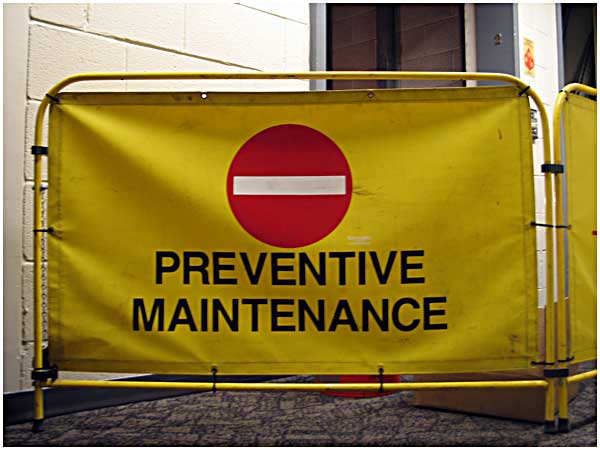 Well, an ounce is better than none at all. I just love how the Mart has all these great under construction signs. 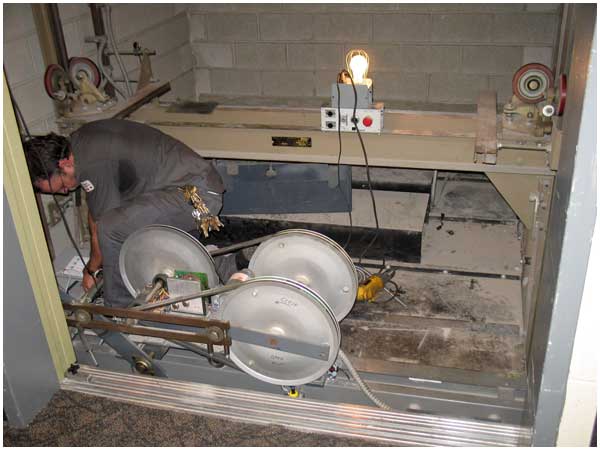 Brandon and I spotted the elevator repairman on our way out to lunch. We were both taken with the wires and wheels, the interior workings of a machine that we typically took for granted on a day-to-day basis.

I recalled the story of the man who invented the safety brakes for elevators. I didn’t remember his name, but the legend I had heard was that he demonstrated his safety brakes at some sort of large fair. He placed himself inside a glass elevator, before a large crowd, and had a man sever the main cable with an axe.

I did some digging around, and found out that the man who invented the safety brakes was named Elisha Otis. He created the elevator safety brake in 1852, and demonstrated it in front of a crowd at the Crystal Palace Expo in New York on September 20, 1853. The elevator wasn’t glass, but he did place himself inside – and successfully tested his own invention.

Now THAT’S standing behind your work. Or on top of it, rather.

I wonder if our elevator is an Otis Elevator.