Over IM today, Liz asked if I wanted to grab a quick lunch outside. The day was quite warm, and we were up in the 60’s I think – a tantilizing first glimpses of spring. I said yes, and hopped onto the Brown Line to meet her at the fountain area, next to the Art Institute. 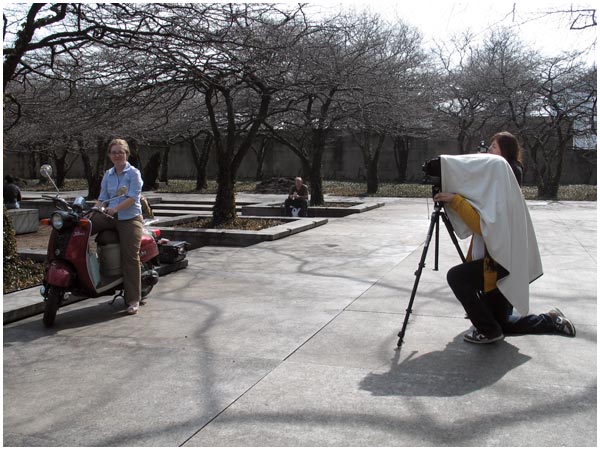 I show up and what do I see? Liz, getting her portrait taken.

Apparently, she had just pulled up and two students were nearby, taking pictures. They remarked how they liked her scooter, and wanted a photo. After she said “sure,” she got off… and they asked to take the picture with her still sitting on it.

Guess everyone likes the Vino. 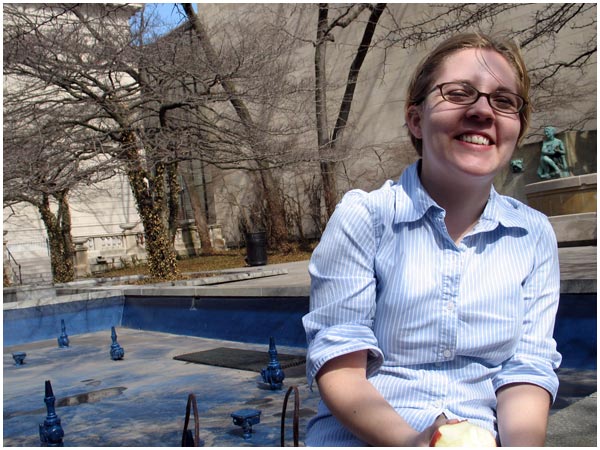 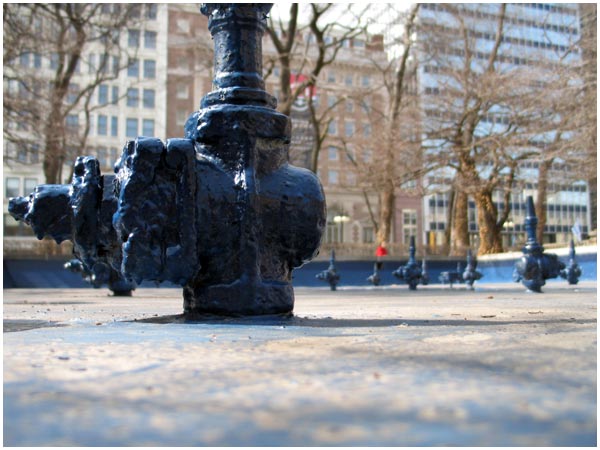 The fountain was off for the winter, and so I decided to hop over the edge and try to get a few shots along its floor. 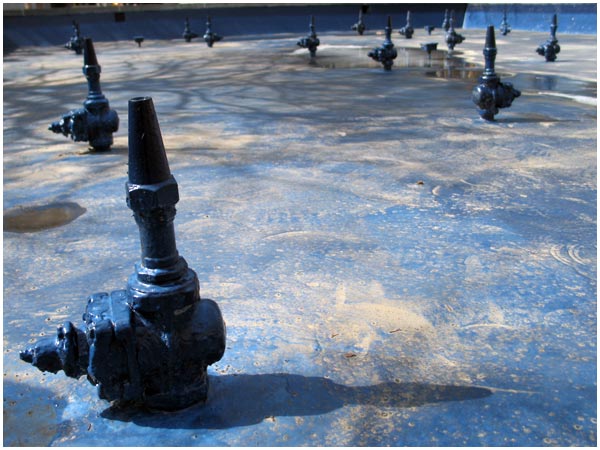 Against all logic, it felt like someone was watching me with their hand on some giant lever. At every moment, I felt lke the water would kick in and I’d be caught in the middle, trapped underneath a huge shower.

I think… I’ve watched too many cartoons. 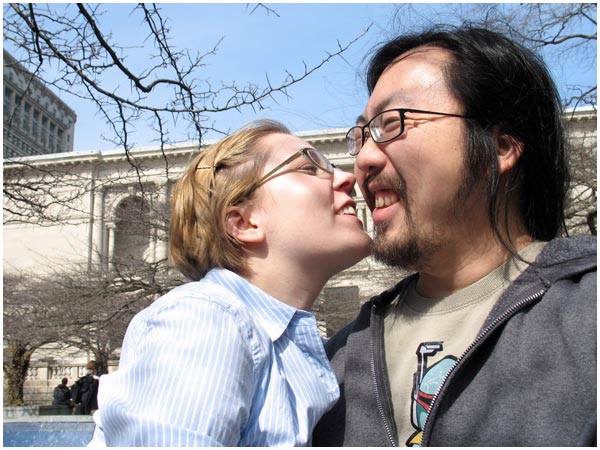 A little self-portrait. Which we apparently like to do when we’re here.