I’ve been looking around for a car for some while now, and finally got out to look around today. Liz and I went to the Chicago Auto Show a while back, and while we saw a ton of cars… only the Mini Cooper really caught my eye.

We called around to a few dealers early this morning, hoping to track down a place where I could test drive a Prius. We also decided to try to shop outside of Chicago, in the hopes of getting a better break on Sales tax (turns out the sales tax is based on your home address, and doesn’t impact where you purchase your vehicle).

We ended up going out to Orland Park, with the specific goal of checking out the Prius (pretty much my top choice, after culling through a list that included the VW Jetta, VW PAssat, and the Mazda3). I’ve been curious about hybrids ever since I first saw one in 2002, when I was teaching Flash in Alabama.

Test driving the Prius was pretty fun (the whole “starting the engine” process is a bit involved), and the ride was as quiet as I remember. On asking about pricing, there wasn’t much budging room it seemed, as the Prius is in pretty high demand. I liked the car a great deal, but it was on the higher end of what I wanted to be spending for a new car.

We went over to a nearby Ford dealership, where they had a used 2005 Prius. The interior wasn’t so hot (ex-smoker, burns in the seat) and the asking price was close to a new 2007 Prius.

I checked out the Ford Focus while we were there… and drove that around a bit. I liked this vehicle, but wasn’t 100% on the price. As we were trying to leave the place, we got into a big conversation with one of the managers… who was doing his best to keep us from going out the door.

Ultimately, we did leave and I held off making any decision. Liz and I went to grab some lunch nearby, and I’m incredibly glad we waited… because we went to the Honda dealership next.

I had looked at Honda’s online, but I didn’t get a very good feel for them from the official website. On Liz’s suggestion, we swung by and both the Accord and Civic were more appealing to me, after seeing them in the flesh.

I drove the Civic EX (four door sedan), and liked how things felt. For a while, I was debating between the 2 door and 4 door… but the 4 door ultimately won out, for practicality’s sake. All in all, my experience with Honda was remarkably positive: the Toyota rep was cordial, but fairly indifferent; the Ford rep was uncomfortably enthusiastic and insistent; our Honda salesman, Pete, was really laid back, knowledgeable and gave us both attention and space, as we needed.

After a lot of back and forth, we settled on what I think was a strong price… and we shook hands. This whole process was very new to me, as it’s my first ever car purchase. Ever. Up until now, I’ve always either had one handed down to me, or used a loaner from my family… I’ve gone a long time without ever owning my own vehicle, let alone purchasing one. So this was a huge step.

And now… some photos: 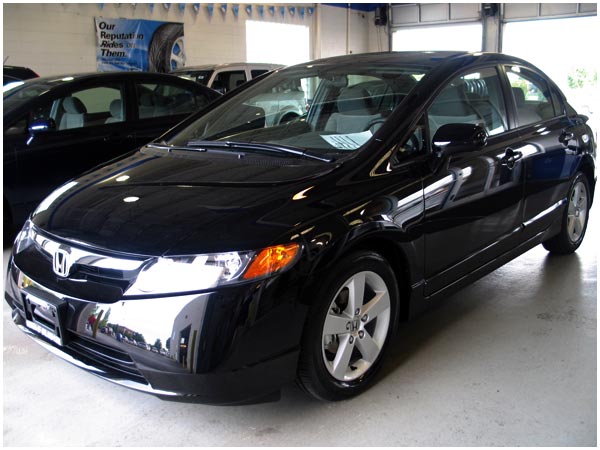 My car, clean from inspection and a wash. Note that the plates aren’t on yet. 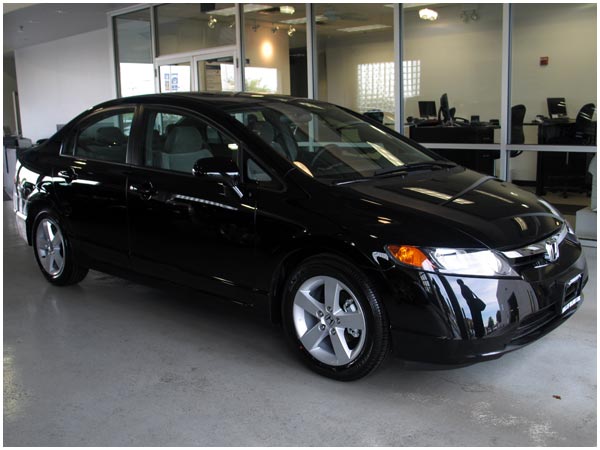 Another angle. And a shiny angle at that. 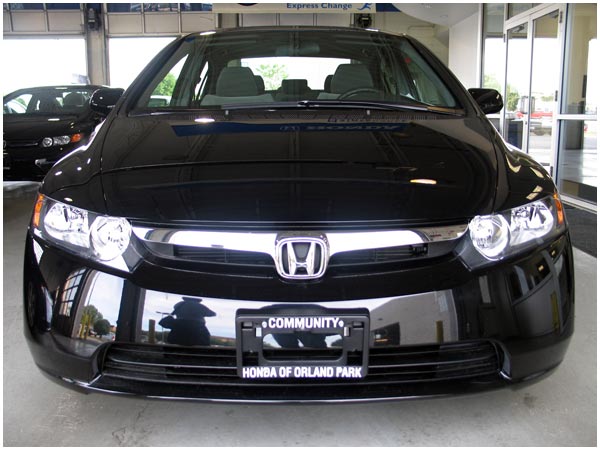 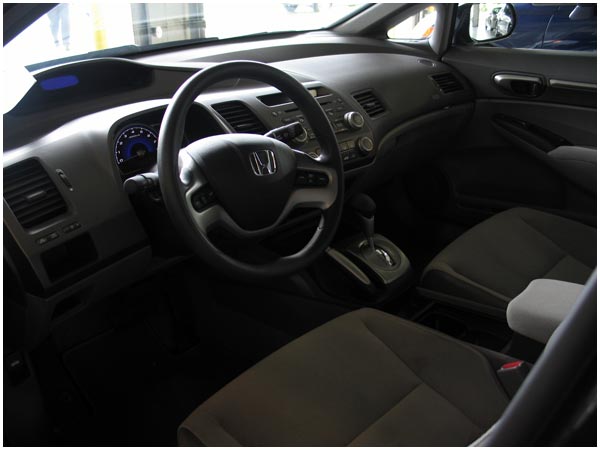 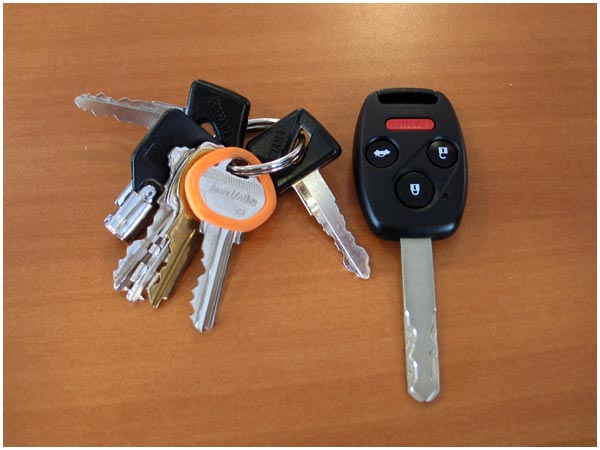 The keys to this thing… are huge. 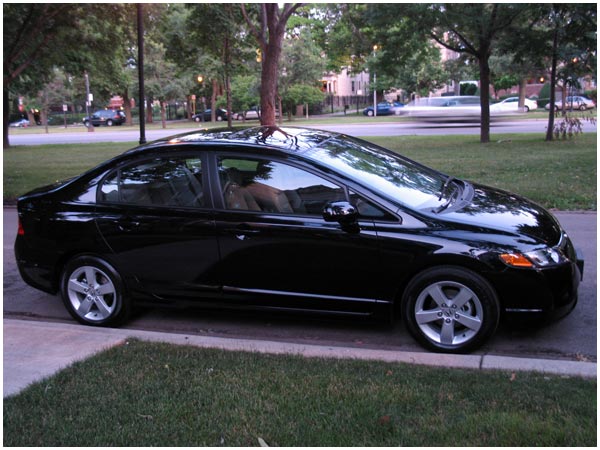 And back home. The whole ride back, I was a little tense and a little nervous. I’m sure this will go away as time passes, but I kept having this “I’m gonna wreck it” feeling every so often.

I’m totally excited. And a little stunned, truth be told. I honestly thought I’d be more freaked out by this process, but it’s been very smooth and easy (despite us having to wait around at the dealer’s for a few hours). It still feels very surreal to me. I can’t believe I have a new car. I can’t believe it’s just sitting out, in front of my apartment.

I can’t wait to go on a road trip.