My friend Jamie (aka rypunked) passed me a link to Polite in Public a while back… and I found out that they were in town tonight, for an event over at the Vic.

Here’s how the photobooth works: at various venues, they show up with a custom background/backdrop. It’s a small room/enclosure, and everyone poses inside. In addition to the room, they have with them a variety of costumes and props that change out, place to place.

People put on some outfits, get inside, and the cameras start flashing. The whole scene isn’t constantly lit – it just a quick burst of light, and the image gets sent along over to two other guys who are doing some post-production stuff: tweaking levels, upping the saturation, running some filters. 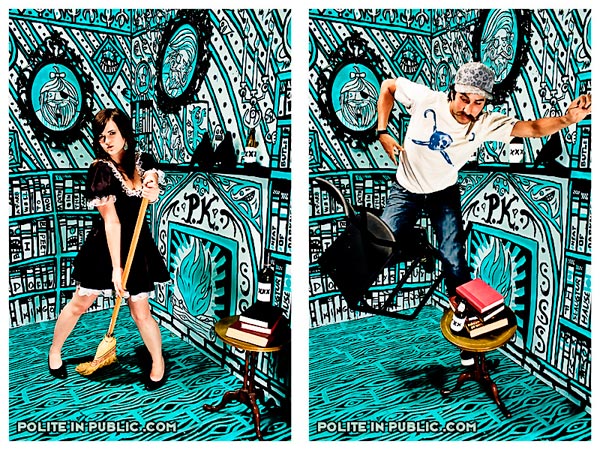 Because of how they’re lighting/capturing the images, you wind up with these awesome snapshots, where mid-air jumps come through really well, and there’s just a ton of clarity in the images. The above pic is from one of their recent shoots in Portland (that’s Jamie on the left).

Thanks to her, Liz and I were able to get on the guest list and get in for free (it was a G Love and Special Sauce concert). We had a prior show to go to, but wanted to go and check out the photobooth, and talk a bit with the guys behind the project. 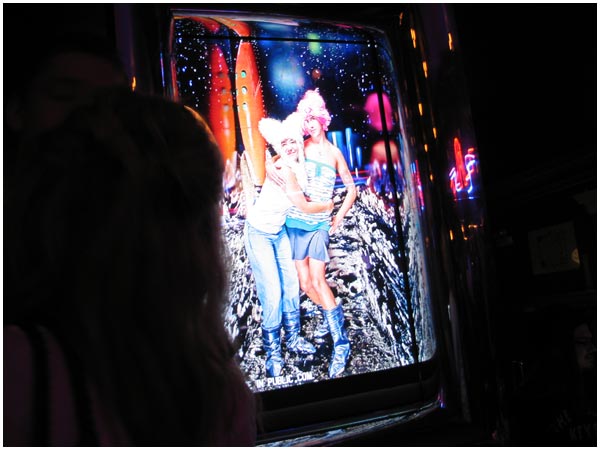 One of the sample pics on display, showing what the final shots look like. 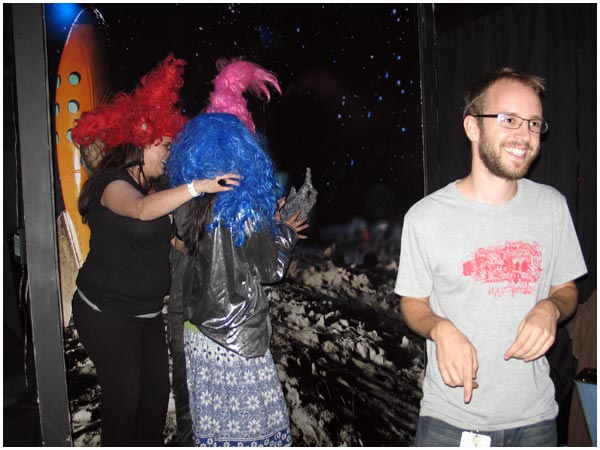 This is Joe, one of the three guys running the project. I got to talk with him some as he took photos and helped coach people with ideas for poses. 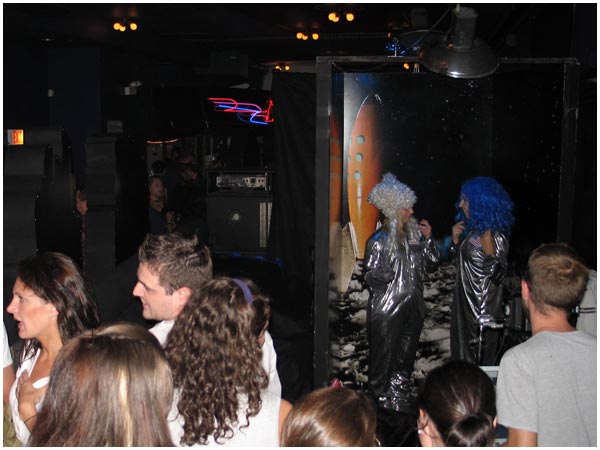 There were a good number of people watching the goings-on, as we were right next to the bar. As the night continued, more and more folks lined up to get their photos taken. 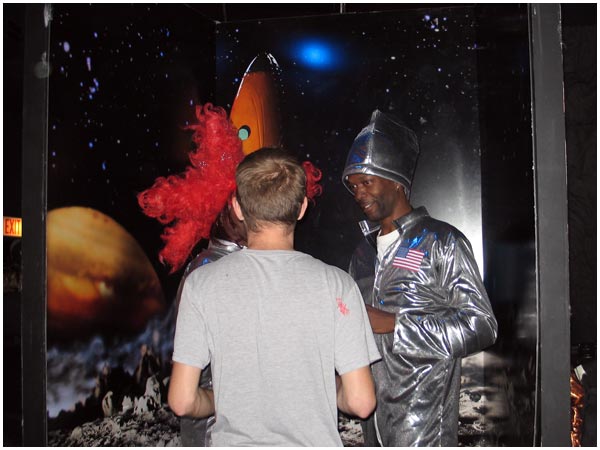 Joe, back in the booth, talking over some options with a couple. 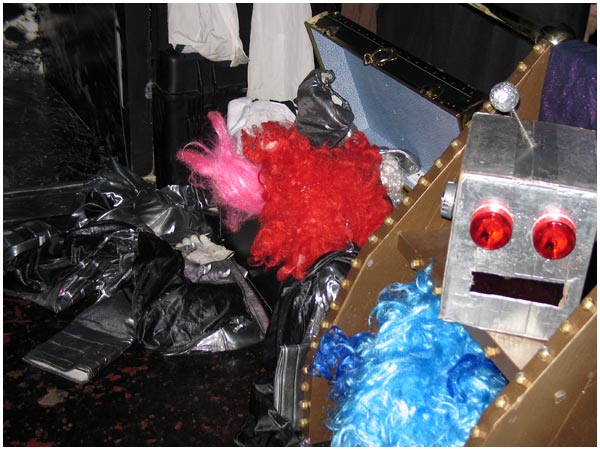 Some of the costumes and props available. 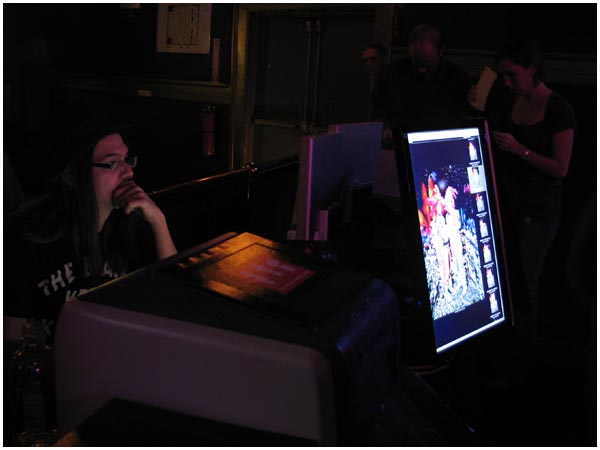 Once the photos are taken, there’s a separate area where you went to look over your photos… and to pick out one or two favorites. And! You get to get a nice print of the photos as well. How cool is that?

I didn’t get to talk to Joe here all that much, and only got to briefly say hello before Liz and I had to take off. 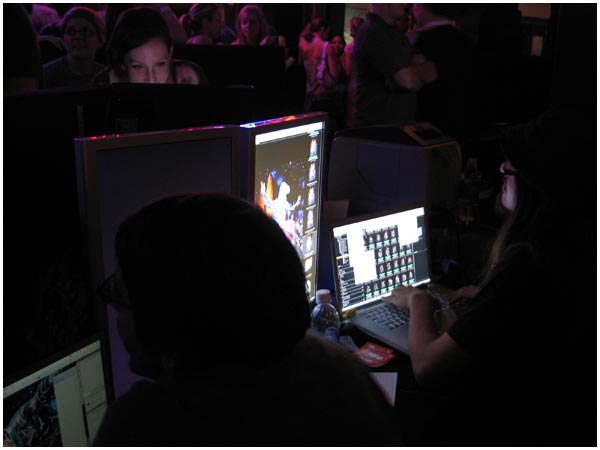 I got to look behind the scenes some here, and talked with Pete for a bit about the process (he was, in fact, one of the first guys I spoke with when we showed up).

Here are some of the pics Liz and I got, from our set. These are scans of the prints, so they don’t really do the colors justice.

//Edit: They just posted the photos online, so I’m putting those on here, instead of my scans. 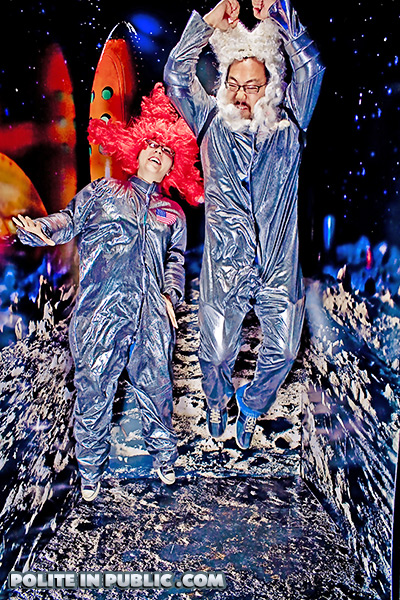 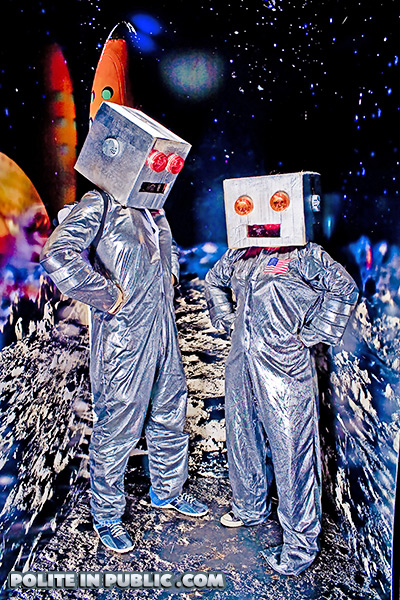 I, for one, welcome our new robot overlords. 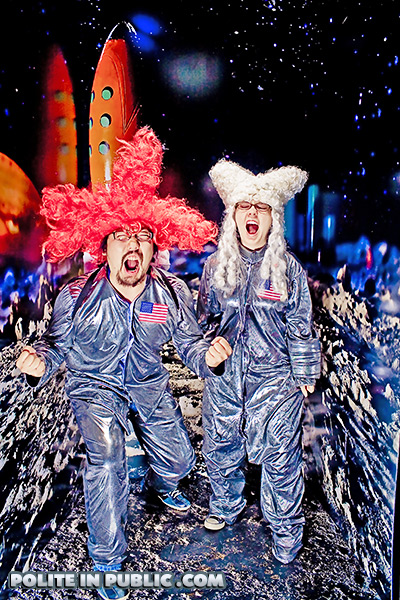 Hands down our favorite pic from the night.

Joe, Pete and Joe were incredibly nice… and were genuinely having a good time in an environment that, I think, would be difficult to navigate: tons of loud, drunk people in a noisy concert venue. Watching them work throughout the time we were there, they always had smiles on their faces, and really seemed to be enjoying themselves.

Which is to say nothing for all the people who dressed up and participated. It was a blast watching everyone get in the booth, and everyone (and I mean everyone) walked away from the photoshoot laughing.

In many ways, the delight of both the participants and observers reminded me of The Postcard Machine… where everyone involved is sharing the same, good experience.

Polite in Public is a fantastic project, and a hell of a lot of fun. If you happen to see them at a venue, definitely take the time to participate and get your photo taken. And definitely check out all the photos up on their site, as they’ve done a ton of different backgrounds at a ton of different events.