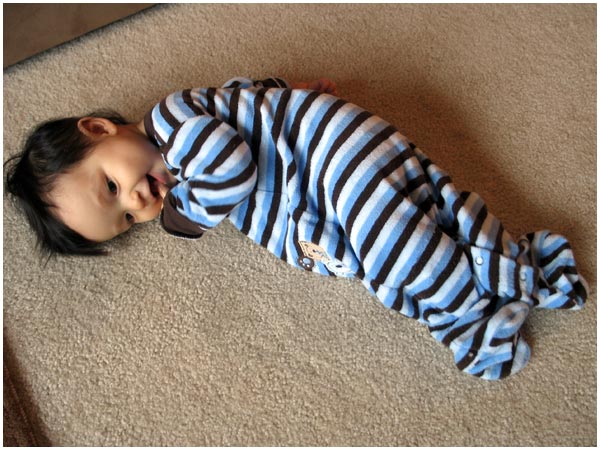 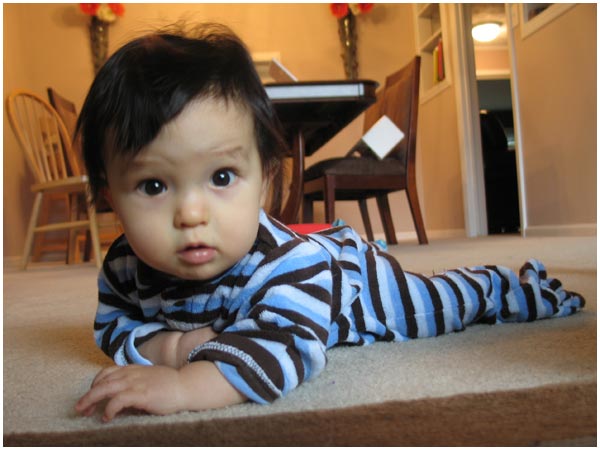 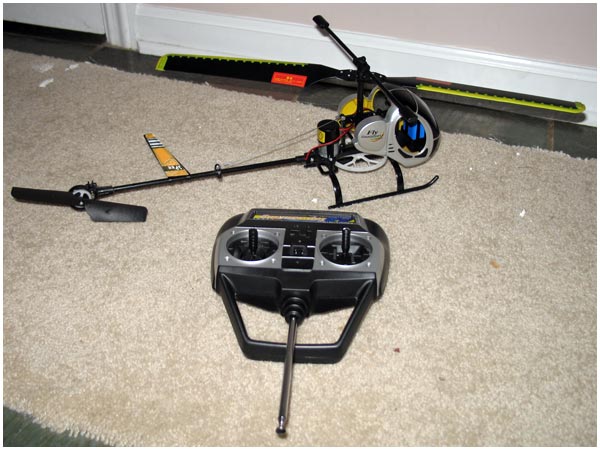 Shane opened one of his gifts early, and decided to “test it” to make sure it worked. 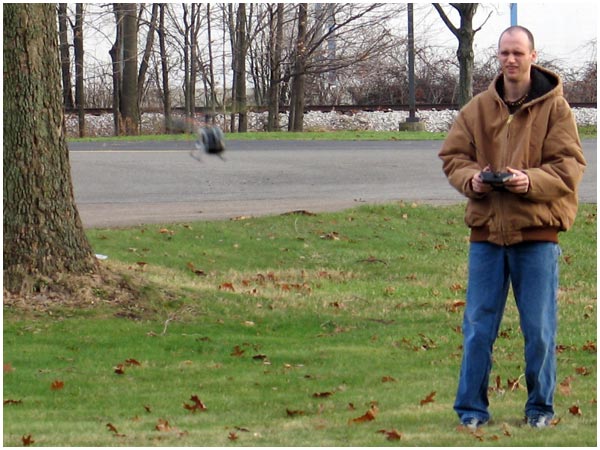 After a few attempts at flight… the copter gets pretty high up. So high, in fact, that it loses contact with the remote control. And then quickly plummets to the ground, a few houses over. 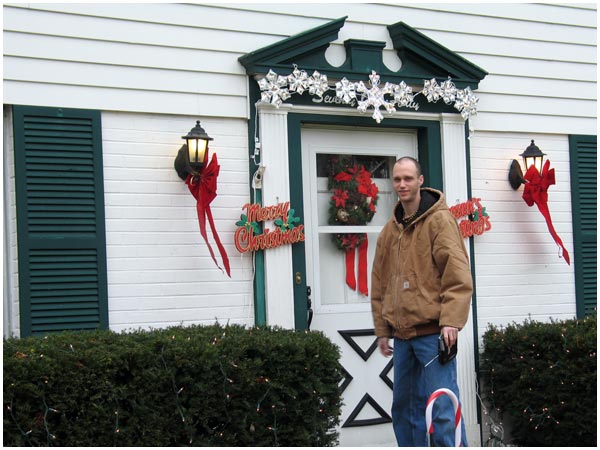 Shane, a grown man, finds himself in the awkward position of having to ring a neighbor’s doorbell… and say “Excuse me. I was playing with my toy helicopter, and it may have crashed in your yard. Can I go and get it please?” 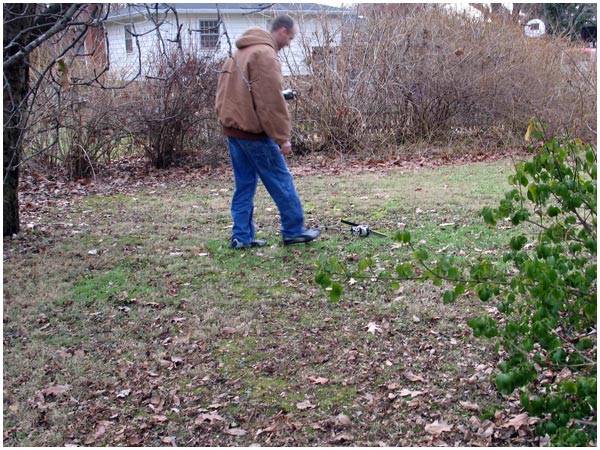 After the nice lady next door let us look, we find the copter out back. 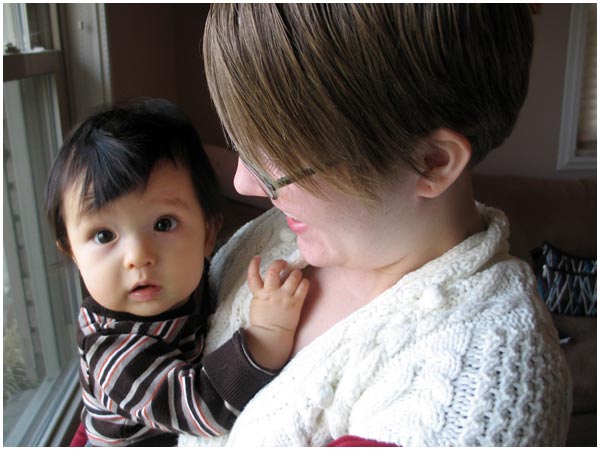 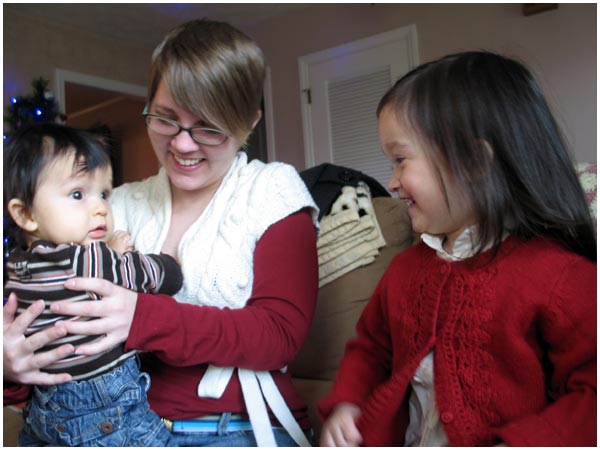 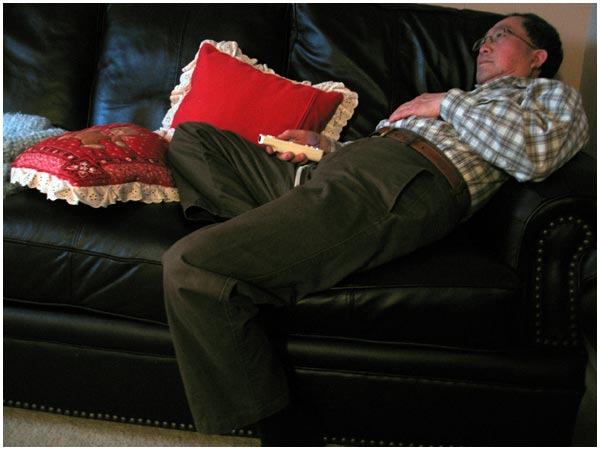 Later on in the evening… after a dinner out with my folks, we’re all hanging out at Stacey and Shane’s. I fire up their Wii and my dad attempts to create a Mii (an avatar for the Wii). In the video below, you can hear my mom helping him with the charater creation.

For more Wii-related goodness, check out the Wii on Dan’s massive television. 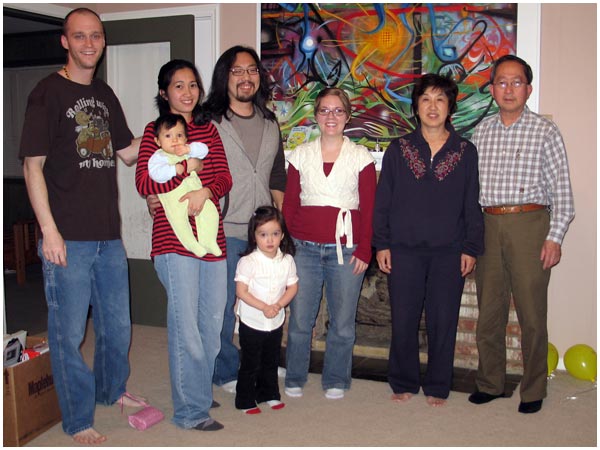 My folks tend to like the portrait shots for holidays/events, so we set up a bunch of cameras on “auto-timer.” Seconds prior, me, Shane and my dad were all running, trying to get back before the cameras went off. 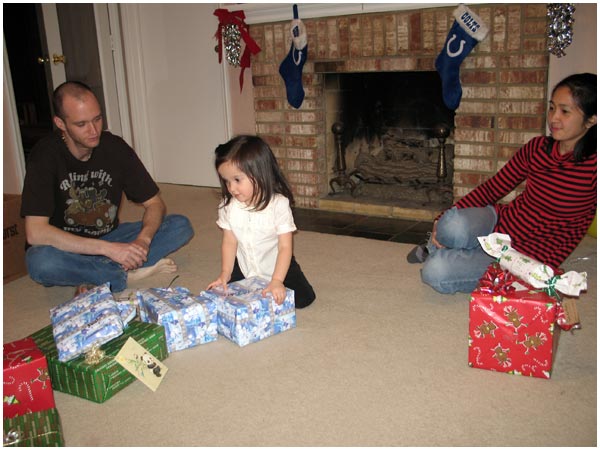 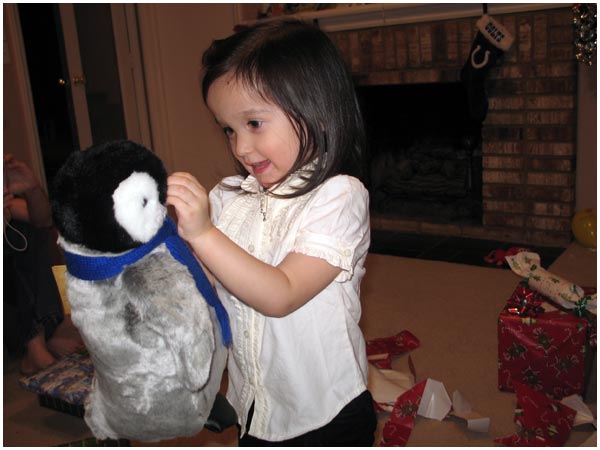 The gift from me and Liz: a big, fluffy penguin. Shortly after opening the gift, she ran down the hallway towards her room. When we called out to ask what she was doing, she told us that she was going to put the penguin in her room.

This, according to Stacey and Shane, was a really good sign. :) 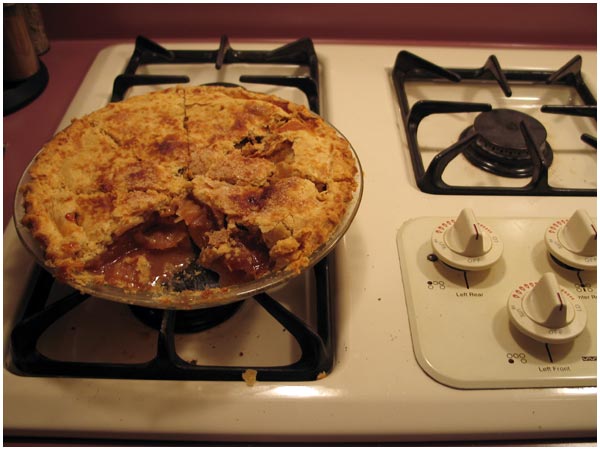 Liz brought down one of the apple pies she made with her family. As we were opening gifts, this guy was baking in the oven. Mmmmmmm. 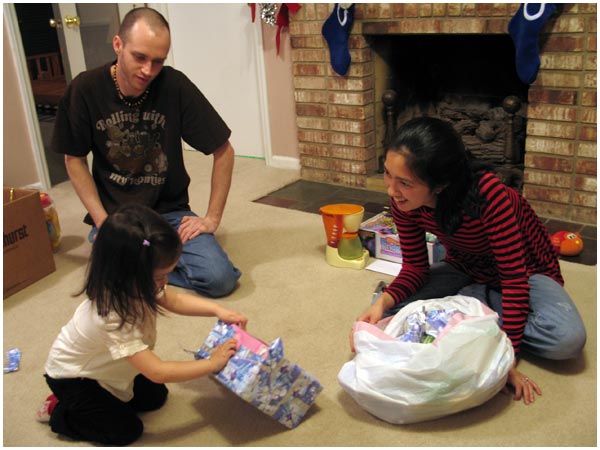 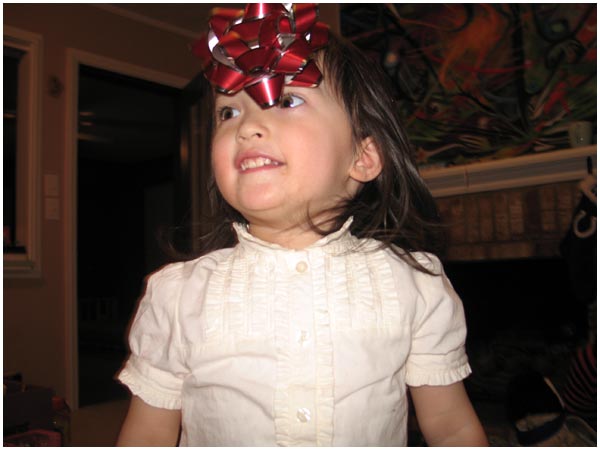 Overcome by all the ribbons and toys, Jasmine shows everyone just how much she loves Christmas.