Lilly McElroy: I Throw Myself at Men 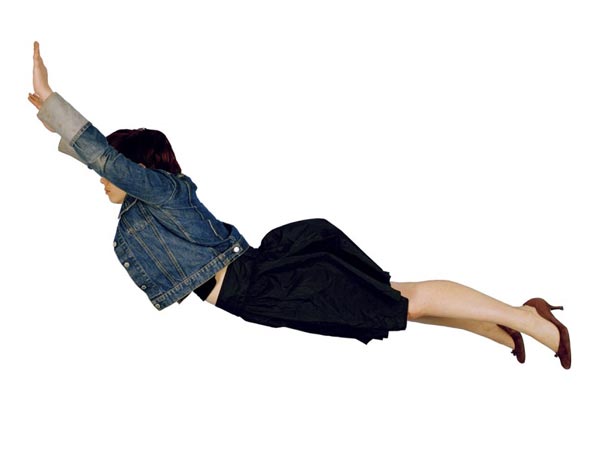 I learned about Lilly McElroy due to her “I Throw Myself at Men” project, where she photographs herself literally throwing herself at men.

The project has been getting a fair amount of attention lately, but while it’s an interesting one… I found myself really fascinated with several other projects she’s got on her site.

I went to find out a bit more about her, and ended up spending a lot of time perusing some of the other things she’s done. It’s Flash based, so unfortunately I can’t link to them directly. But… I encourage you to check out:

Under Performative Videos: The Square, where she blocks off an area of city sidewalk, and attempts to block all pedestrians who might enter into that area, forcing them to walk around.

Under Performative Videos: Two Anecdotes, a fantastic little piece of storytelling that shows us how compelling sound and text can be.

Under Performative Videos: Hugs, where she attempts to hug strangers on the city street without asking for permission beforehand.

Show Me That You Love Me: A project where the artist asks her mother to use a disposable camera, and photograph the reasons why her mother loves her.

I was particularly moved by “Two Anecdotes” and “Hugs” myself. Her throwing herself at men is a fun project, and it’s likely how most people will find her site the next few days… but take the time to explore around. There’s some great stuff here.

Oh, and incidentally… it looks like she was or is in Chicago. A lot of the photos where she’s throwing herself at men look to include bars like Rodan, Gold Star, Nick’s… all near Wicker Park / Ukranian Village.

[via BB and The Year in Pictures]