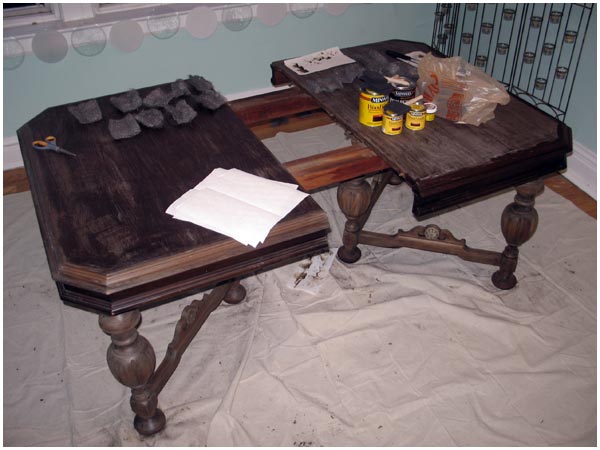 Walking in the apartment after work, I was hit with some incredibly strong fumes. So much so, that I started coughing after a minute or two.

Liz had been working on the table for most of the day (again), and though the windows were cracked some… the place was full up with fumes.

I ended up putting on some gloves, and helped strip the table a bit, before starting dinner. I’m in awe that Liz decided to undertake this project while she’s on a vacation of sorts. So far she’s been putting in at least 8 hours a day, if not more into the refinishing project.

I was about to say how… if I was off work, I’d do nothing but goof off and loaf on the couch. But in hindsight, I guess my inclination would be to hop on the computer and work on my little experiments. So I guess we’re not all that different, after all.