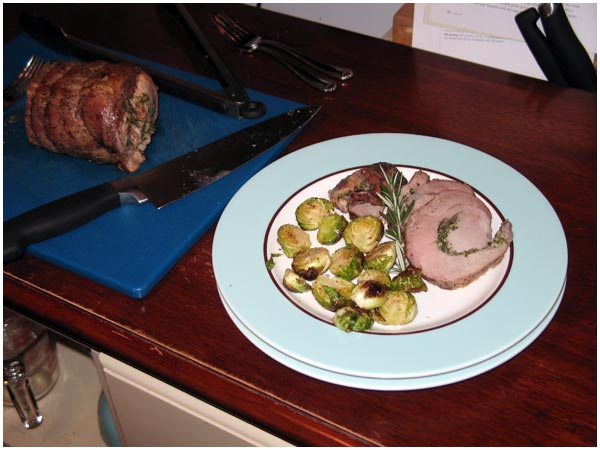 Last night, I cooked two new dishes and I think they turned out particularly well. For our main course, I tried a Sage and Rosemary Pork Loin recipe which ended up being delicious. First time using kitchen string for anything, which was a bit awkward… but made me feel all fancy shmancy as I was cooking.

I’ve long been a fan of brussel sprouts, but never tried to cook them until today. We were out shopping for groceries earlier in the day, and I just grabbed a bag of them on an impulse. While they didn’t quite carmelize as much as I wanted, they were still pretty great. I even converted Liz, who likes them now (and previously didn’t). 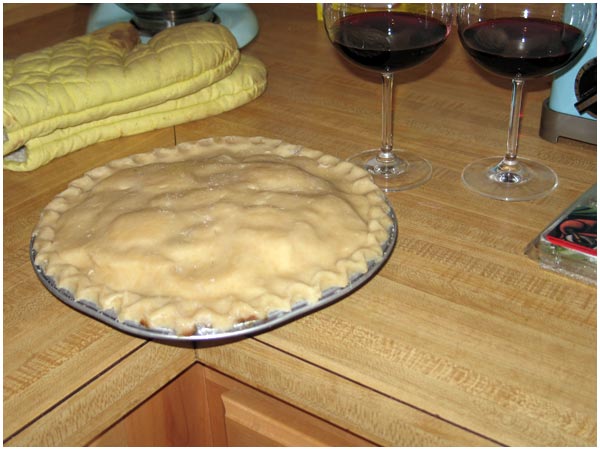 For dessert, we broke out an apple pie that had been sitting in the freezer for, like, over a year. Seriously. The pies were from last November, back when Liz went down to bake pies with her family.

Amazingly, the pie was still fantastic – no freezer burn, and it tasted great. Combine this with a dollop of Cool Whip, a bottle of red wine, and the Blu-ray version of Wall-E, and tonight’s dinner was pretty exceptional.