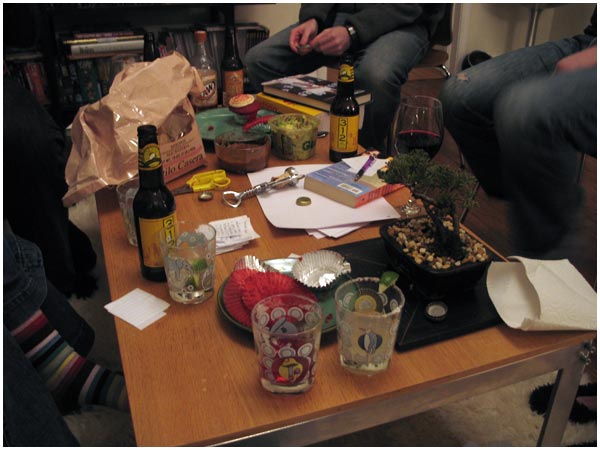 Allison invited a bunch of us Logan Square folks (Chris and Leslie, Ben, Justin, Justin (aka Juicy)) over to her place for an evening of games. On the docket was either Scattegories, Charades, or possibly… Ballsdurdash.

We hung out in the kitchen for a while, making drinks and munching a bit of guac and chips. During that time, I learned the true origin for Chris’ fantastic Songsmith demo – www.cuppycake.com.

While I liked to think that I have a decent handle on most Internet memes, this one was a total surprise to me. I guess the cuppycake site has been around for ages. And, with any luck, will continue to be around for a long while to come.

After tasting some of Allison’s delicious red velvet cupcakes, we decided on playing Ballsdurdash and headed over to the living room.

It’s been almost three years since I last played this game, and I was excited to be with folks who hadn’t played it before. If yo want an official rundown of how the game works, check out this Ballsdurdash Overview. 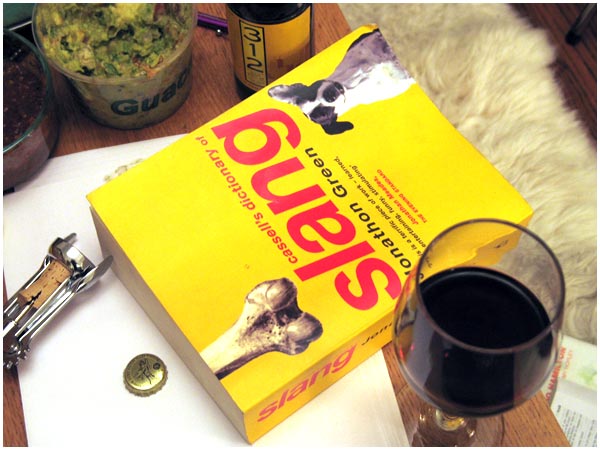 The main difference between this game and the traditional Balderdash game is that THIS verison uses the Slang Dictionary… which is filled with all sorts of vulgar stuff. If it’s in the Slang Dictionary, it’s either about sex, drugs, or race. Suffice it to say, it’s a fairly NSFW game. 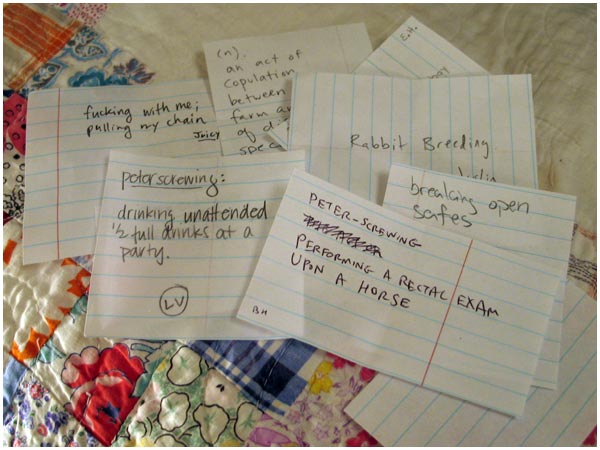 Here’s an example of “fake” definitions. The term that was picked was “peter-screwing.” The goal of the game is to try to get others to pick your definition, so a lot of folks try to make their definitions sound plausible. Some sample definitions included:

a) drinking unattended 1/2 full drinks at a party
b) fucking with me; pulling my chain
c) breaking open safes
d) performing a rectal exam upon a horse
e) rabbit breeding
f) (n). an act of copulation between farm animals of differing species

Out of all the above, the correct answer is c: breaking open safes.

As an example of how the gamplay works, below is a video of the definitions being read. Justin picked the word “diddywaddle.”

One of the toughest jobs in the game is actually reading the definitions… and keeping a straight face. If you laugh, it’s a dead giveaway that the definition you’re reading isn’t the real one. As a way to counteract this, it’s suggested that everyone read through all the definitions, before reading them aloud.

Outside of the profanity and vulgarity, it’s a riot watching the reader try to keep a straight face the entire time. It’s pretty great.

Note: I’ll leave the definition in the comments.

Another bonus we discovered was that, when writing your definition, you have the ability to force the reader to say whatever you wrote down. In terms of a strategy, this is a terrible idea… since you’re basically just trying to make the reader laugh, and you’re all but throwing away your points for the round. But oh, my… it’s worth it. 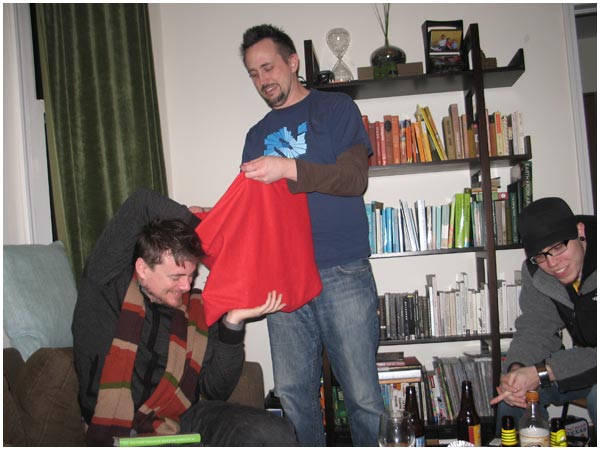 At the end of the night, points were tallied, and the now-famous Dollar Store Prize Bag was brought out. 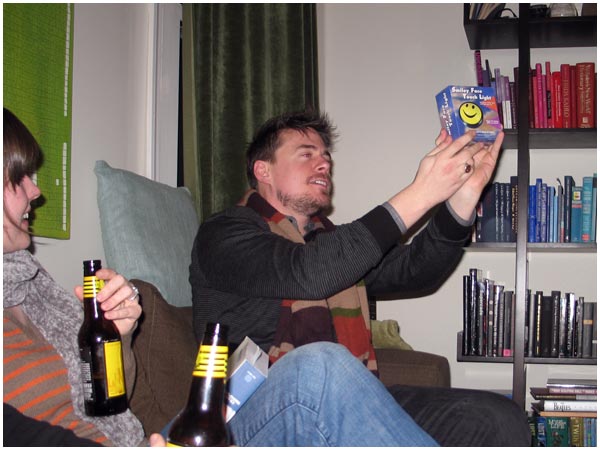 Justin received a nice light-up smiley face. Now, he has an easy, non-verbal way to show his happiness (or displeasure). We all imagined him at work, with the smiley face lit up on his desk… and someone comes around to talk to him, and as he’s nodding… he reaches over and clicks the light off. 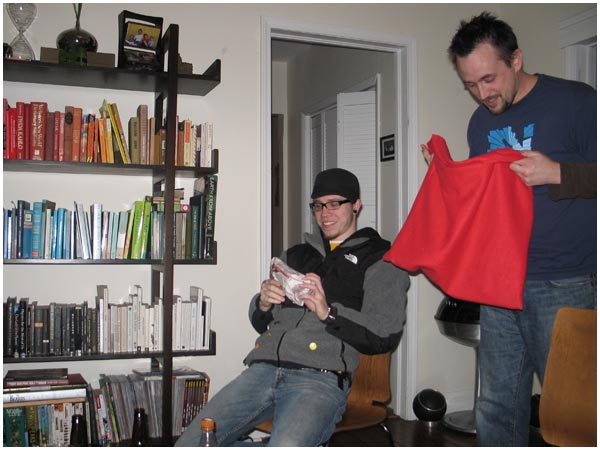 and a fantastic one it is! Some kind of creepy, old-man photo holder thing. I expect to see this on his desk soon. 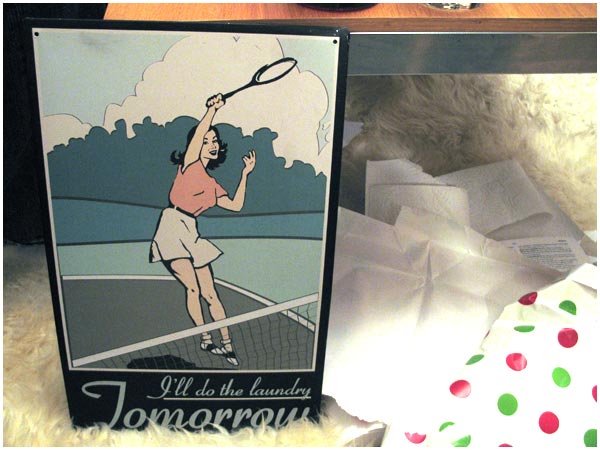 And me? I got a fantastic sign that sums up both the message and the feeling I carry with me, every single day.

I had a blast tonight, hanging out with folks and playing this vulgar, vulgar game. I laughed so hard, at times I was crying and at times my cheeks hurt from smiling so much.

Playing games at Allison’s and play Ballsdurdash both made my Ten Best Days list from 2008 and 2005, respectively – and no wonder. If laughter is the gauge, today was a fantastic day.