I had heard a bit about this project, as she had started skething things out over a year ago. It was exciting to see it realized, and in the Flesh… and I’ve been waiting for the chance to post the images here.

Of course, I bought a copy of my very own right away… and these are the pics I took. I held off posting on here because I wanted to include a link for anyone who might want to buy a copy of their own.

Earlier this week, I saw a Tweet from Allison saying that her Etsy store was in place. These photos have been sitting on my desktop for a while, in wait for today. 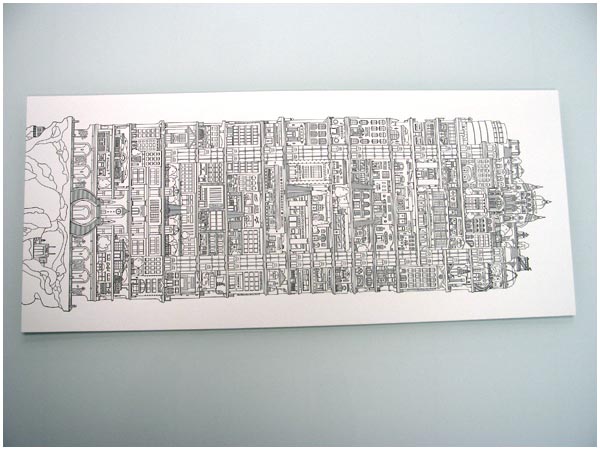 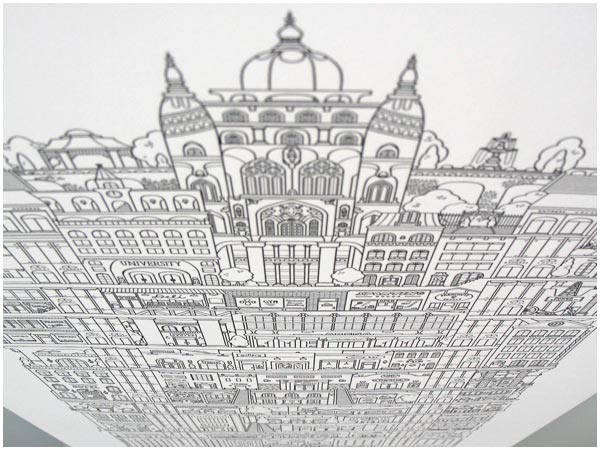 Top view, looking down. Here are more descriptions from Allison as to how the project began:

Broadly speaking, the idea came about from a long-term immersion in the sprawling horizontal cityscape of Dallas, along with a childhood fascination with skyscrapers. Reimagining public transportation on a vertical plane (local & express elevators in lieu of subways) was a really fun thing to plan out, in addition to trying to determine which places of business to include and where in the whole schema. 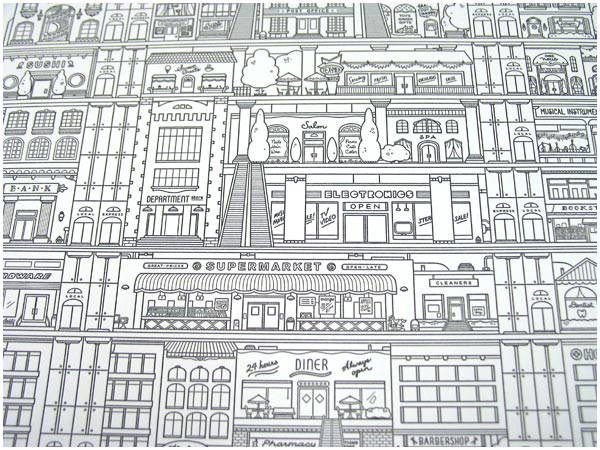 A closeup shot of the interior. The elevator travel system is such a fantastic little detail.

I’m so not doing this thing justice with these images. It’s difficult to get a sense of all the detail (and there’s a ton of it). But as you can probably tell from the glimpses, it’s an incredibly rich, imaginary place… made real.

I know that Allison’s working on her “official” site right now, so for now check out her Etsy page. There’s a bit more info on the project’s history, and some additional photos of the piece.

« Inauguration/Housewarming Party at Justin’s
Images from the Apartment »