Today was a big, back and forth errand day. Liz and I woke up early in the AM so that we could head down to Frankfort and borrow Bob’s truck (which is great for transporting things). Liz has been on the lookout for a china hutch, and found one she liked through Craigslist.

// Editorial aside: Because I’m a guy who’s never owned china (and have never needed anything like a china hutch), I have no experience with china hutches. Here’s the first thing that went through my brain when we talked about buying one: a Simpsons episode, where Ned Flanders is in financial trouble and ends up selling all his belongings to the Simpsons. It’s sad – I’m like a 5 year old.

While we’ve gotten a lot of china from our wedding, there’s an extra set that Liz’s mom gave to us as part of our wedding shower. This whole other set was something that Liz’s mom had been secretly gathering, for a long time now.

Apparently, there was a particular dish that Liz’s mom had, which Liz really liked. There was some joking around about Liz “stealing” the thing, and this went on for a little while. Apparently, back when Liz’s parents had dinner with us, that particular dish was left and given to Liz.

Since that time, Liz’s mom had been slowly piecing together other pieces of the set, and finally gave us an incredible number of china pieces for the wedding shower.

Along with this set, we also had a lot of china as wedding gifts, and much of this was all sitting around – on top of our bookshelf, on top of the dining room table. As a means to actually have a place for much of this (and also as a means to show it off), a china hutch seemed like the best thing to get.

Whew! Just getting tired recapping that stuff. Here are a few photos of the day. 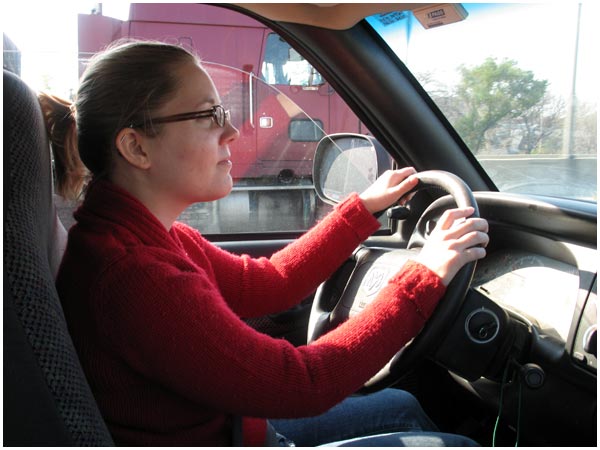 Liz drove the truck to and from the pickup site. We were able to load up everything pretty easily, and there were no major problems. As far as moving large furniture goes, this was a pretty ideal move all in all. 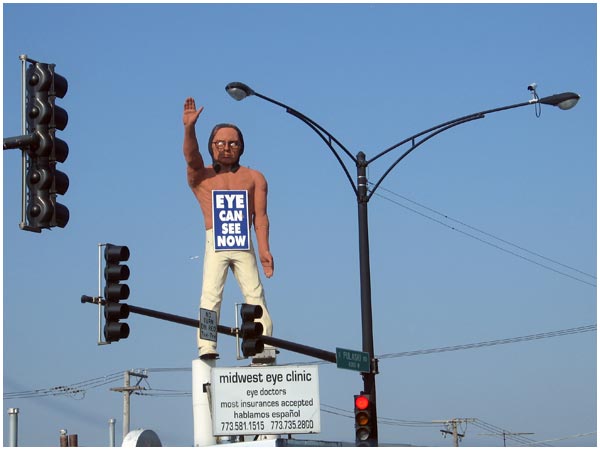 Looking back, it’s hard not to read that sign as some kind of warning. Like he’s waving at you, and in about 30 seconds he’s going to climb down from there and start destroying the nearby buildings, stomping on cars, etc. 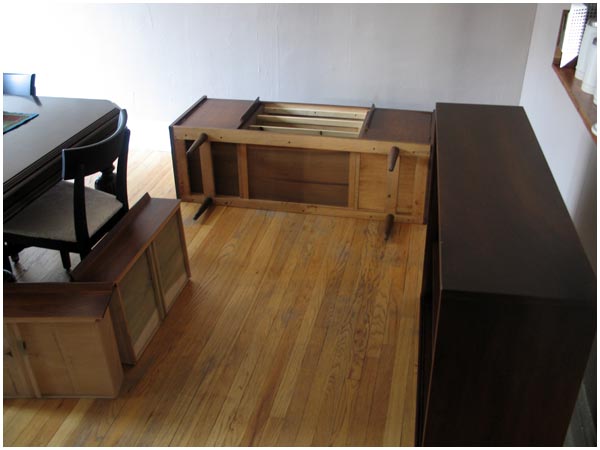 The china hutch, unloaded and transported up to the apartment. It was a bit cumbersome (we had about two flights of stairs), but manageable. Everything was removable, and the whole set broke down into two separate pieces. 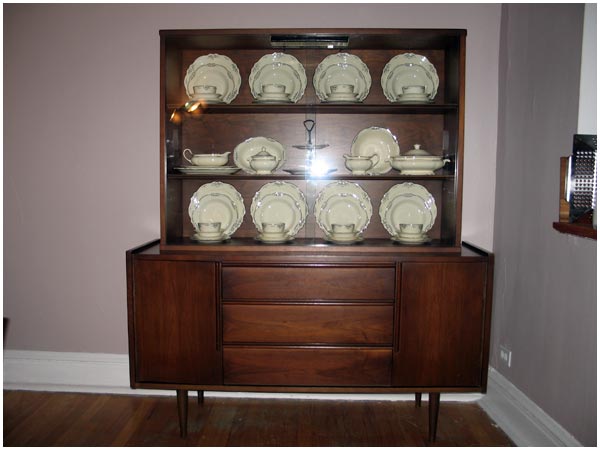 And here it is, all put together and filled with china! The set you see up top is what Liz’s mom secretly gathered over the course of a year, and represents a lot of ebay searching. I’m not one for gravy boats and such, but I have to say… it looks pretty damn nice in our apartment.

We moved some things around in the dining room (the bookshelf has a new home), and you may notice that the walls are sporting a new coat of paint. The dining room looks completely different now, and I can’t wait to have friends over for a nice meal. The whole space feels a lot cozier now.