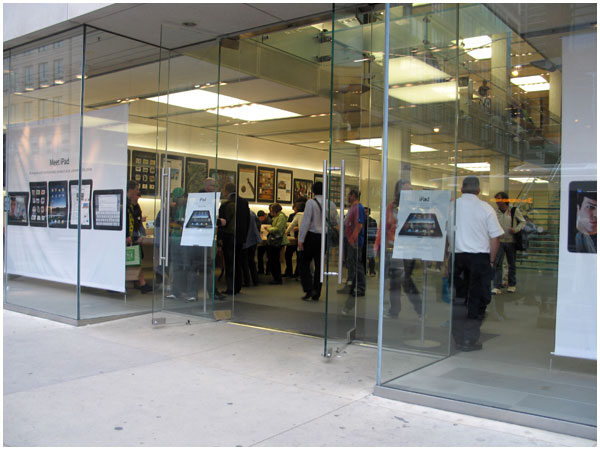 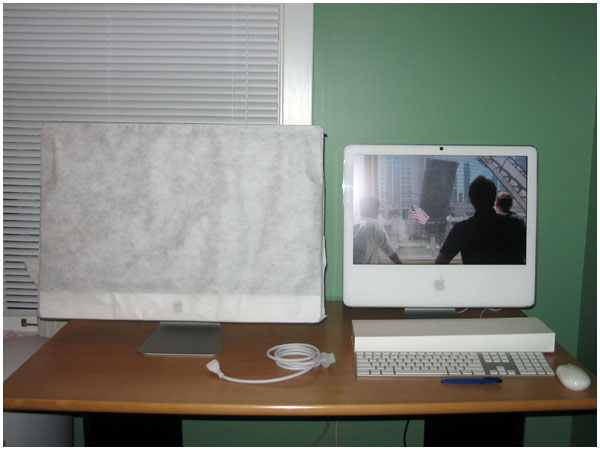 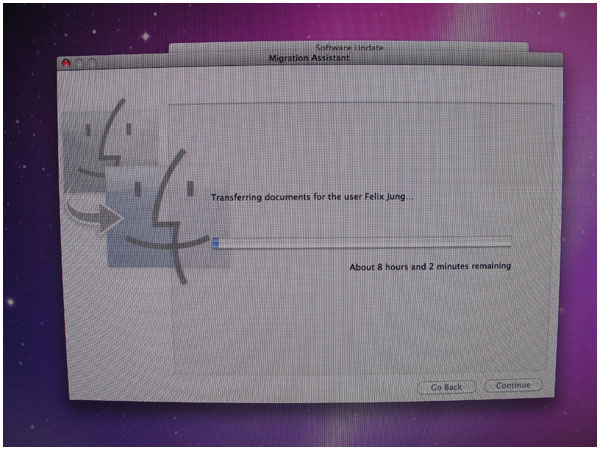 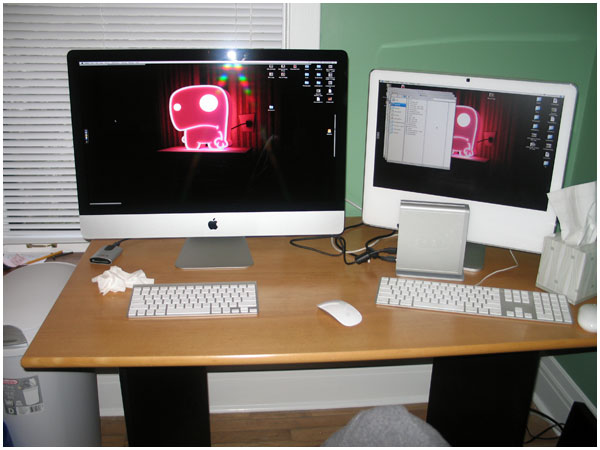 // Edit: Classy points for me leaving a snotty Kleenex next to the keyboard. Still sick, and still blowing my nose for 70% of the day.

I’ve been saving up to buy a new computer for some time now. I made the switch over to Macs back in 2005, and I’ve been delighted with that choice ever since. While I miss playing a ton of video games on my computer… I’d like to think that I ended up being more productive as a result.

After work yesterday, Liz and I went to the Apple store and we picked me up a fancy, shmancy new 27″ iMac. This thing is sweet.

I’m funny with big purchases. I get excited about them beforehand, but when the moment arrives… it’s incredibly difficult for me ot actually pull the trigger. I’m not used to spending a great deal of money at any one time, regardless of the thing I’m buying, so it’s always a little nerve-wracking for me.

I wear like the same five t-shirts over and over again. I don’t tend to buy new stuff often.

The whole process of migrating my stuff from my old machine to the new one has been relatively painless. Though the number is really high on the image above, the actual transfer process took more like 3-4 hours.

The one downfall is that I had both machines named the same way, and ended up having to create a new user named “felixjungold.” I ended up blowing out all the other extra user accounts, and I’m now basically working out of this old name, which has all my files and preferences and whatnot.

Overall, not a big deal. But I don’t think I can change the home account/folder name, unless maybe I duplicate this account somehow. A small thing, but so far the only glitch in the process.

All my stuff – apps, preferences, Quicksilver triggers – everything got copied over. And right now I’m in the process of backing up all my stuff via Time Machine. I originally purchased this LaCie drive as a backup device a few years back. And this morning, I ended up copying a lot of files back over to my new machine.

The LaCie is now only used for Time Machine, and I’m at about 60% in terms of having all my stuff backed up. The whole incremental backup thing is sweet, and I can’t believe I’ve gone this long just doing backups manually.

The size of this machine is absolutely ridiculous. It dwarfs my old iMac, and I still shake my head every time I see it when I walk in the room.