Pareidolia, Coffee, and a Clown in a Gimp Mask 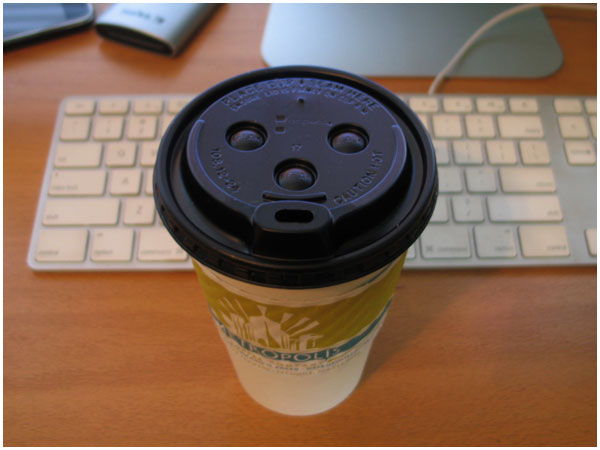 This is a photo of the cup of coffee I got from New Wave (the same trip where I spilled the beans). While the coffee is from Metropolis and is delicious, the lid is what freaks me out a little bit.

Unless I’m driving somewhere, I usually like taking the lid off. I’m generally someone who leaves the lids on, but in this case every time I take a sip it feels like I’m french kissing a clown dressed in a gimp mask. 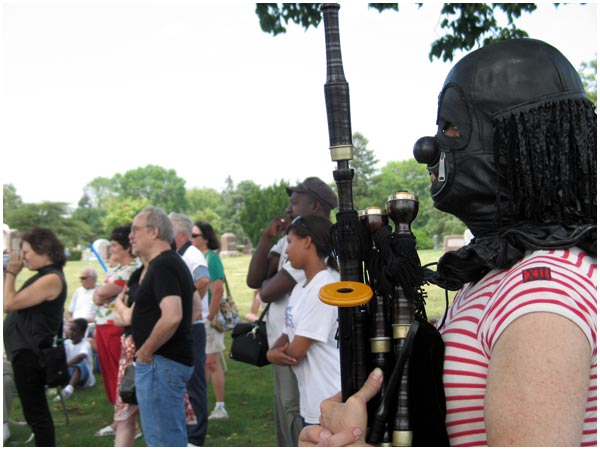 Why, you may ask, do I have a photo of a clown in a gimp mask? I have an easy explanation for that one.

The photo of the gimp clown is from an event that took place during National Clown Week, in 2007. A large number of clowns held a service at Woodlawn Cemetery, commemorating a train wreck from 1918 that killed many circus performers of the Hagenbeck-Wallace circus.

For more photos (and videos) of the event, check out Clowns in the Cemetery.

Jane had a great domain name that touched on this phenomenon, also known as Pareidolia. But I think there was a surge in this topic about 4-6 months ago, and unfortunately… it looks like the folks at Things That Look Like Faces may have beaten her to the punch.

« Spilling the (Coffee) Beans
Lessons From a Tailor: Everybody is a Perfect Person »