On Saturday, Bryan (aka Peabe) was back in town. He had a show over at Code of Conduct, a nearby tattoo studio on 11th and State (one of the partners, Ryan, is also an Emmis employee and works for Q101). Tonight, Bryan was showing some of his work, and also releasing a custom t-shirt made for Code of Conduct. 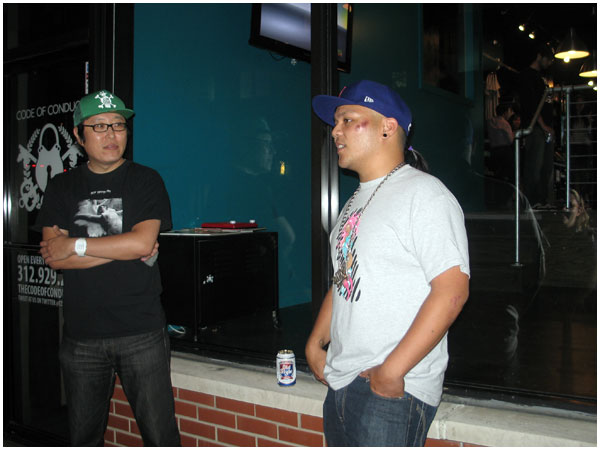 Bryan outside, relaxing with a beer and some friends. The bruise on his face is from a recent skateboarding accident (rain, rail, slip). 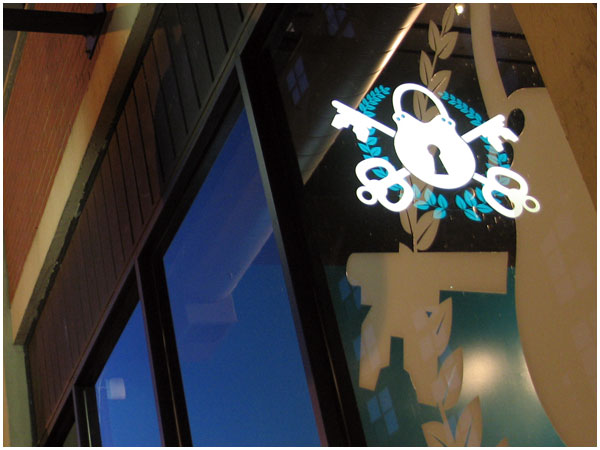 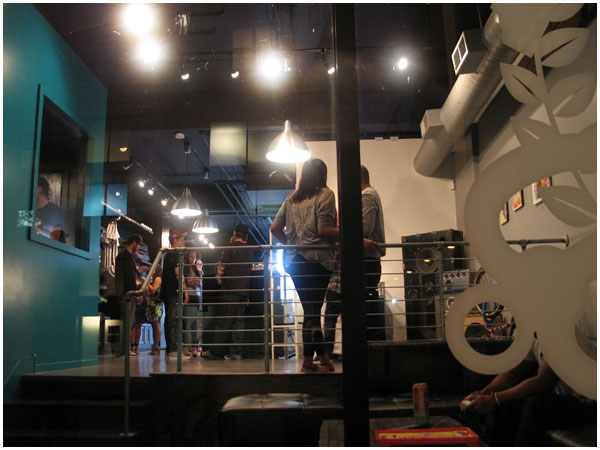 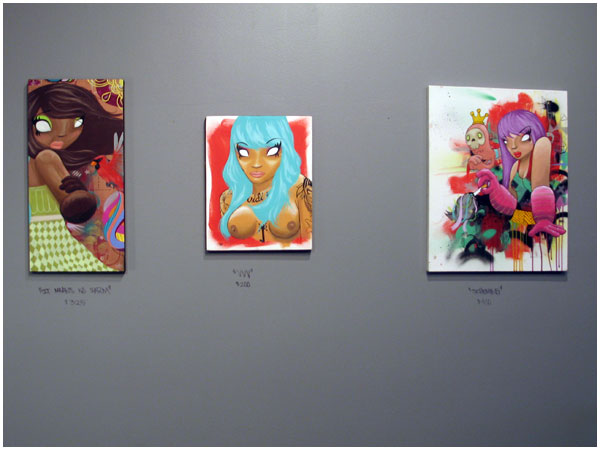 A few of Bryan’s pieces. 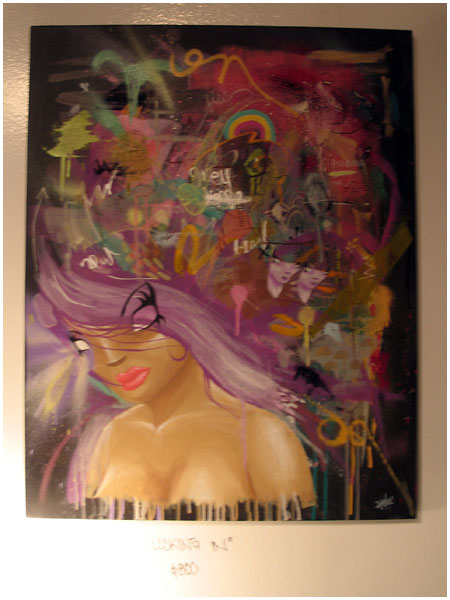 Looking In. To see more of his work, make sure to check out his site. 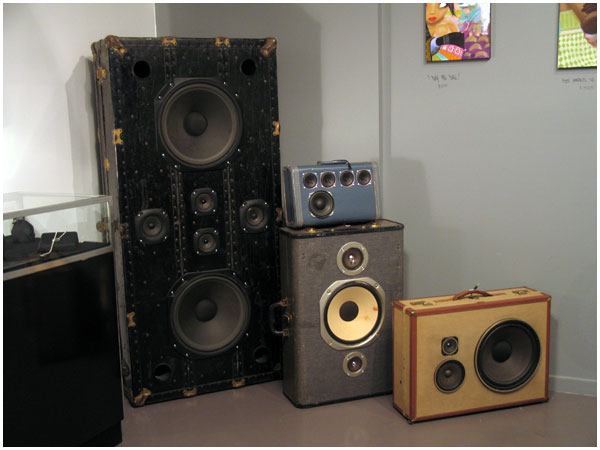 Some slick looking speakers Liz noticed. In checking out the site more, it seems that these are custom speakers (and for sale at the shop). 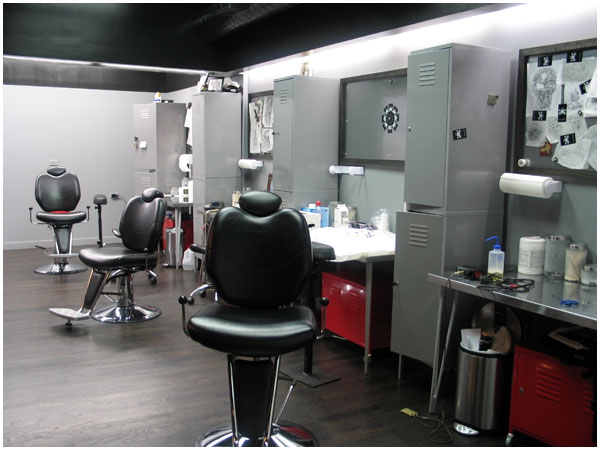 Near the back of the shop, where all the workstations are. Very bright, very clean. 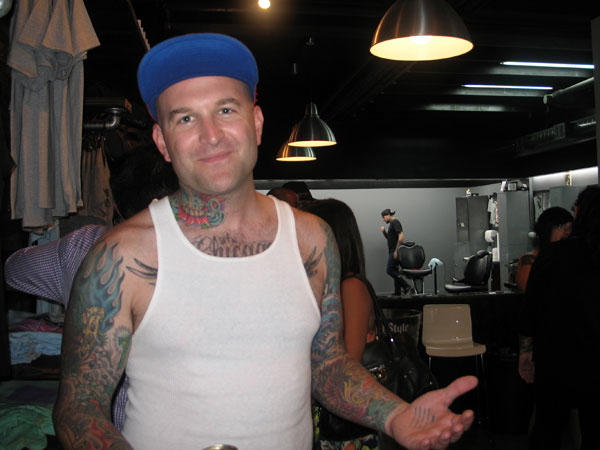 Ryan, whose tattoos I’ve always admired. He was kind enough to oblige me, when I started asking if I could take photos of some of his ink. 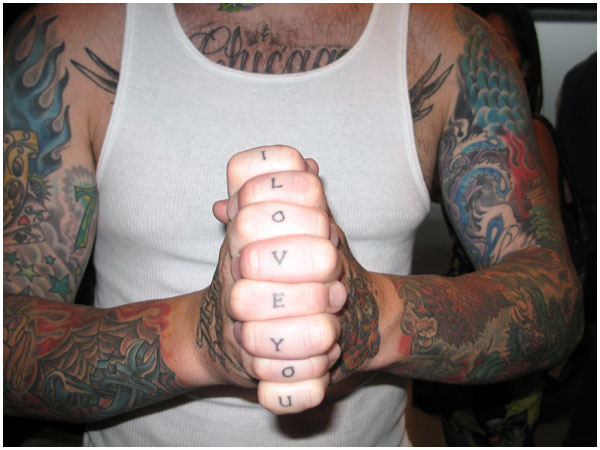 I find sleeves incredibly daunting and amazing. In addition to the artwork, it also just signifies a great deal of time and commitment to me. 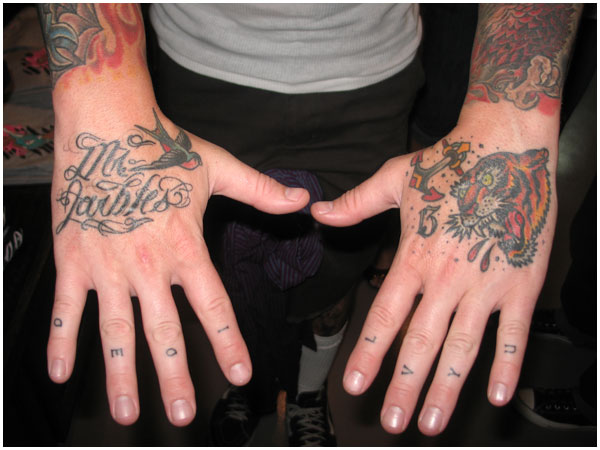 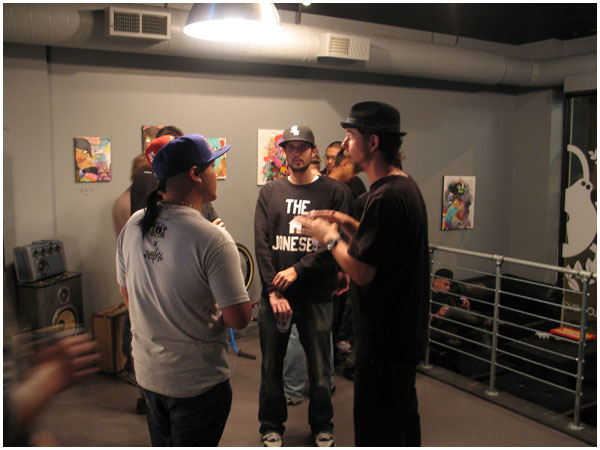 Bryan, chatting with more friends who had arrived. 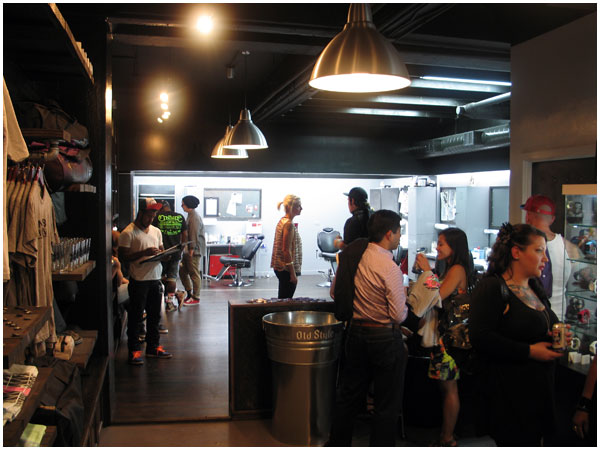 View of the back of the shop. 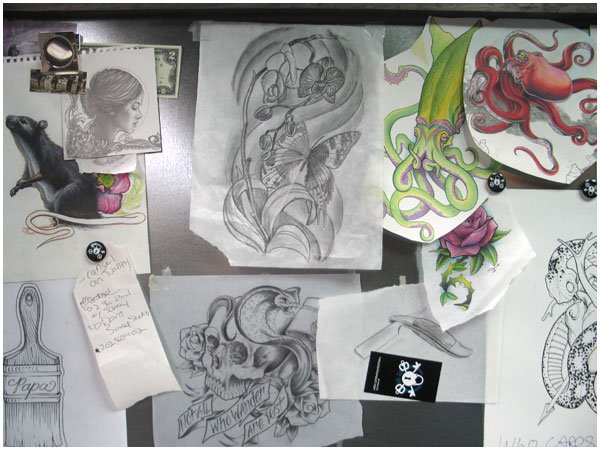 Some sketches decorating the board of one of the workstations. 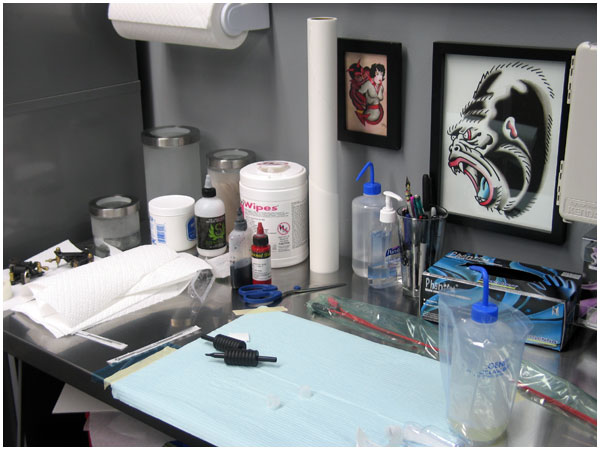 Prep area. Bryan had gotten some tattoos about a month ago, and they were already fading a bit… so he wanted to get some color touch-ups done. We tried waiting around a bit for this (I really wanted to record it), but unfortunately we ended up having to leave before it happened.

If you’re in the area, definitely swing by Code of Conduct. It’s got a great feel (slick, but laid back), and they have a pretty impressive library to browse through.

bryancode of conductpeabetattoo
« I :heart: Working Out
Quincy and Tus Meet For The First Time »