All through last week, my friend Rob was working on a mural with artist Dayton Castleman, for The Nomadic Studio at the DePaul University Art Museum. 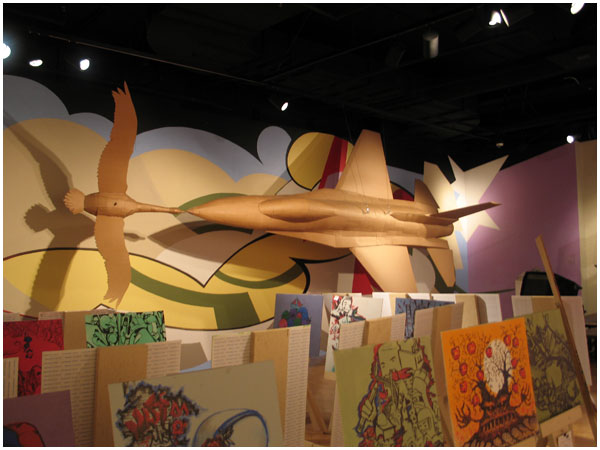 Dayton’s pieces are made entirely from cardboard, Rob worked on the mural after the pieces were hung up. He’s posted up a really fascinating look at his process, which shows a lot of the before and after. 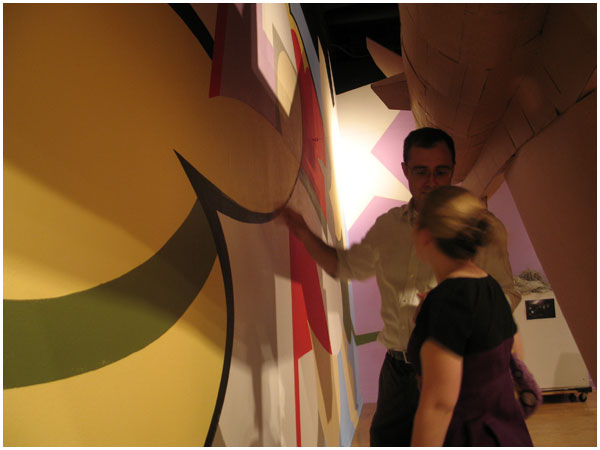 Behind the jet, talking about how the lines were created. Rob used chalk to grid off the entire wall, and noted where the shadows of the cardboard pieces fell. Then, he created a smaller graph version on paper, to determine how he would go about painting the mural.

According to him, it was hard at times to see the whole pieces… working up close like that. He ended up using a long piece of graphite so that he could draw from a distance.

Neat view of the mural corner. What was quite cool was how the ceiling was broken up with areas of black. Despite the mural being on a rectangular wall, it felt incredibly fluid. 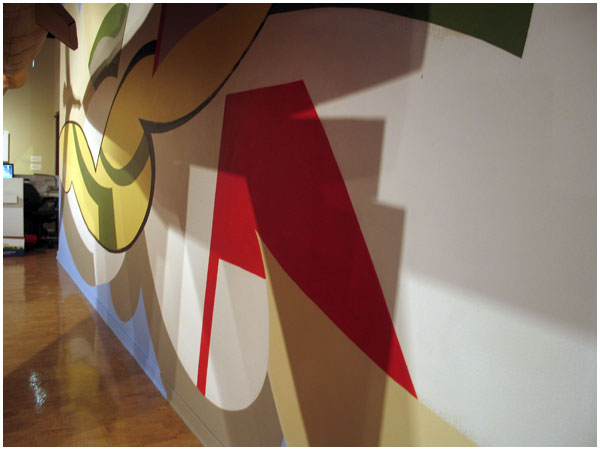 View of the mural, with shadows. 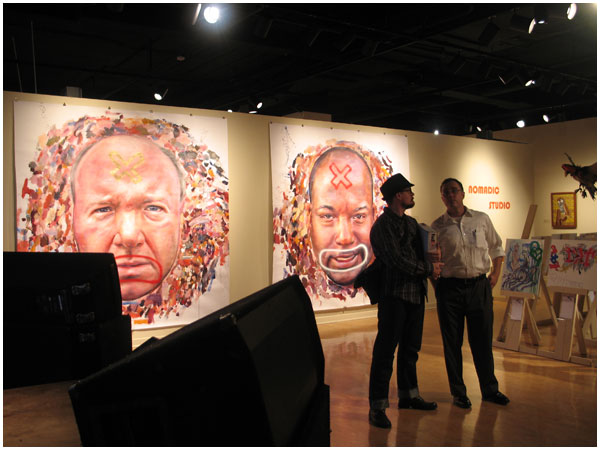 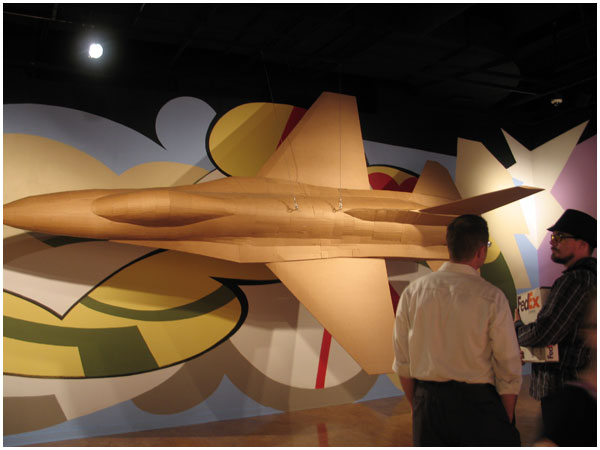 A larger view of the jet. It’s quite impressive, the size of the thing. I tried taking a photo of both pieces, and it was hard to do given the size. 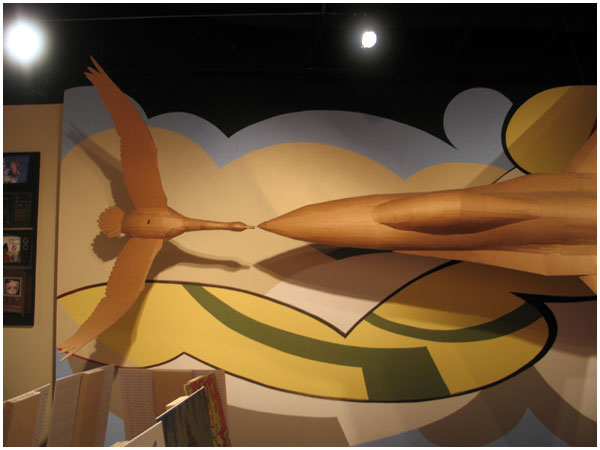 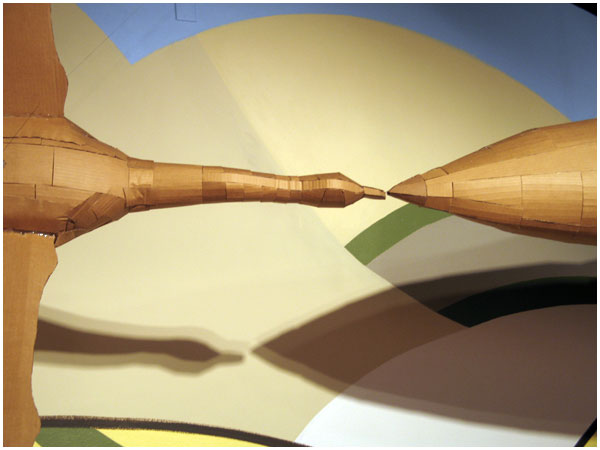 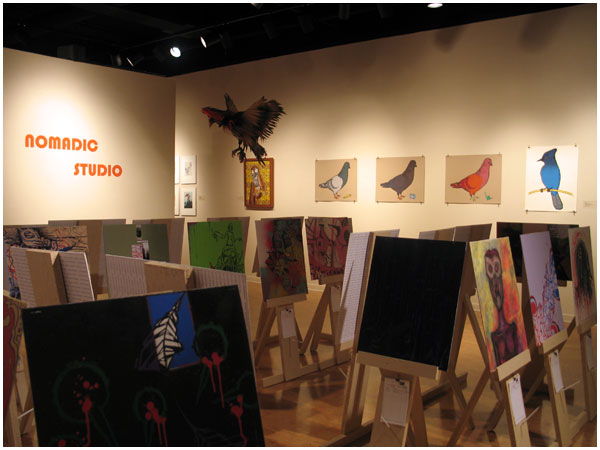 There were a lot of other areas to the space, including a public library, a recording studio, and lots of artwork. 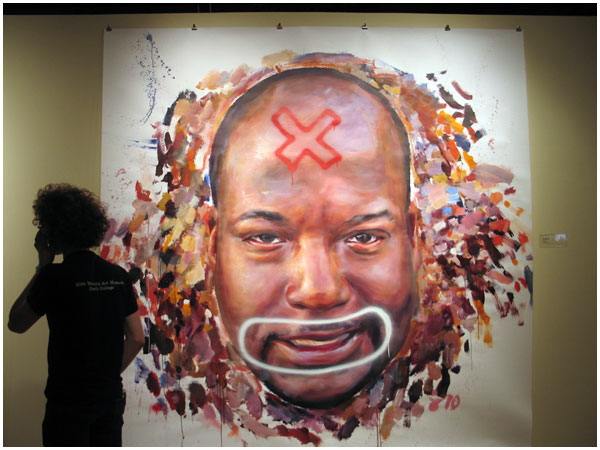 I forgot to record the artist’s name here. This is one of two pieces that were very striking, and displayed opposite Rob’s mural. 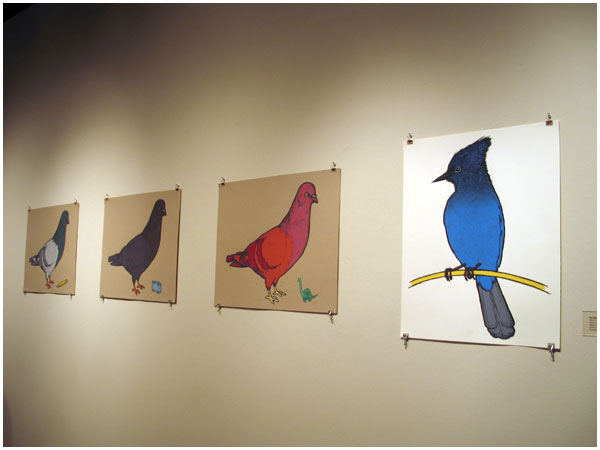 A series of pigeon portraits, by Jay Ryan. 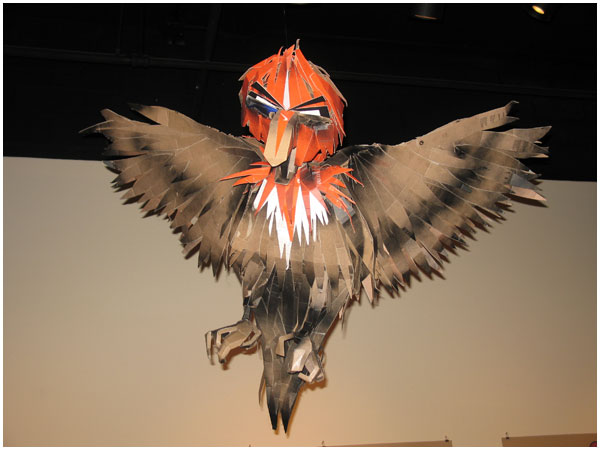 Also forgot to record this artist (I believe it was made entirely out of paper). 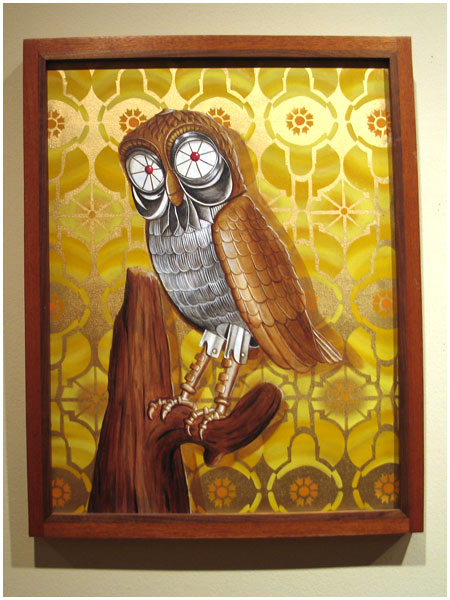 The Amazing Bubu, by Ian Bennett and Erik Stenberg. Before you say it, I know it’s technically “Bubo” in the movie. But for whatever reason, it was spelled this way on the placard. 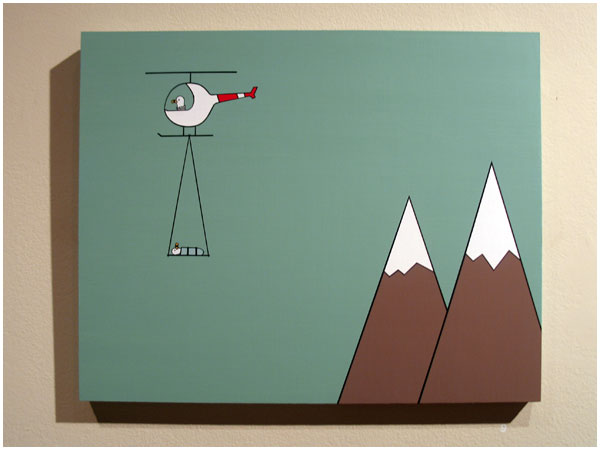 Tom Stack had a great series of paintings. This one was a favorite Liz’s (and my favorite too). 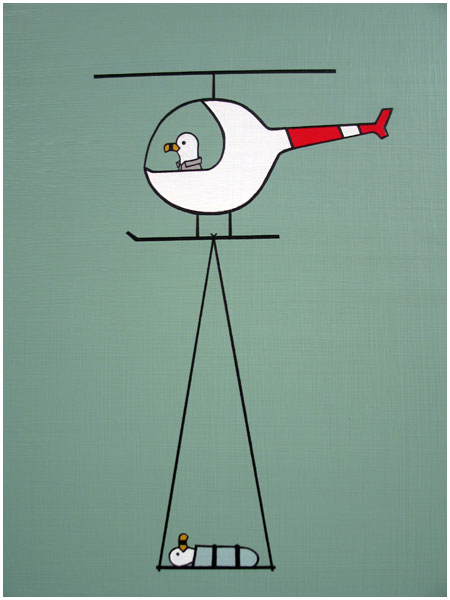 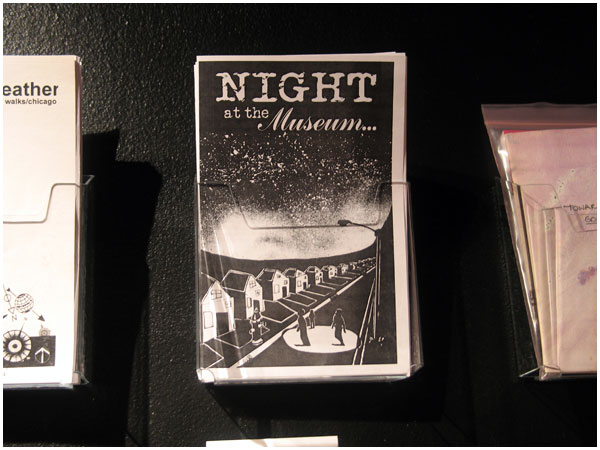 In the public library section, I found a program for something called Night at the Museum. Funny. 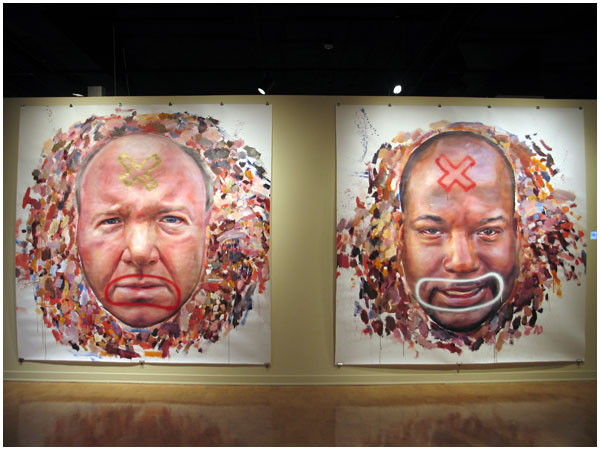 It was a lot of fun to check out Rob’s work, and even more so to listen to him talk about his process. We got a bit of a tour of the piece, and it was evident how excited and proud he was. Liz and I talked afterwards, and marveled at how varied Rob’s style seems to be – from his paintings to his sketches to his prints

Rob’s mural is up on display until November, at the DePaul Universioty Art Museum (2350 N Kenmore Avenue). If you’re in the area… you should stop on by and check out the space.

Related:
Rob Funderburk’s Rookery Building Print
This is Everything Rob Threw Away