Month at the Museum: Post-Contest Drinks at Villains 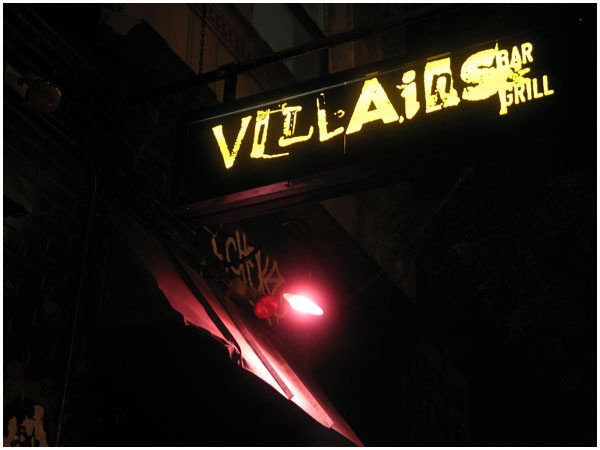 All of the Finalists yesterday made plans to meet up, later on in the evening. When asked to choose a location, I was at a bit of a loss. I’m not terribly familiar with the area where their hotel was, and most of the bars I know downtown… I don’t particularly like.

But I found a place called Villains which looked promising. And on a lark, I decided to search on Yelp. Lo and behold, I see a review from my friend Ben. Small world.

When I mentioned the $2 PBR special to Johnathan, he was sold. So we all made plans to meet up around 8:30 or so. 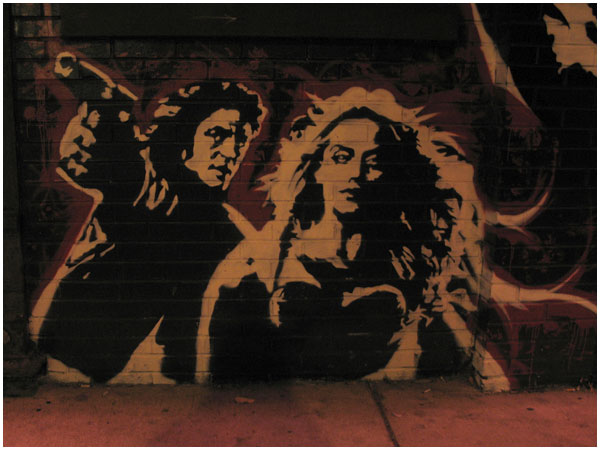 Outside the bar, during a brief smoke break (I refrained). Crazy thing is that Krispijn quit smoking about 2 or 3 weeks ago. Pretty impressive doing, at the same time all of the contest stuff was happening. 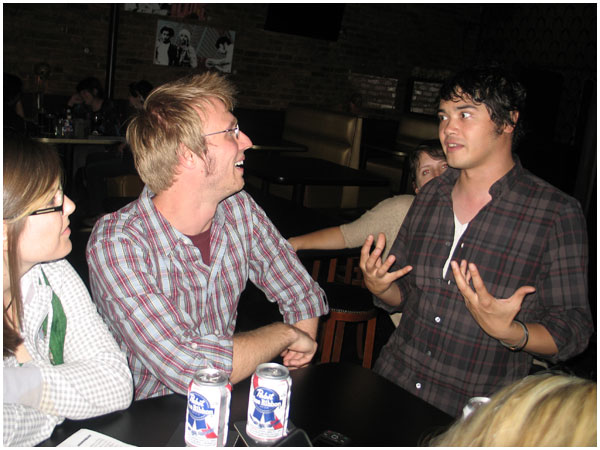 I don’t really recall what was going on here, and what we were talking about. But Krispijn seems very adamant about whatever it is he’s telling Johnathan.

I should mention that, unfortunately… Alex and her father George couldn’t join us They had already left Chicago by around 6PM. But from the sounds of it, they had a really unpleasant trip home. Sorry, guys!

Kate arrived a little after 10PM, with some friends in tow. I honestly am not sure how she was still going. We saw her being interviewed at the Museum for a really long time after the press event, and she’s got rehearsals all this week for a show she’s directing. Having just gotten done with rehearsals, I think she must have been running on fumes.

I talked with the bartender, and got him to switch one of the televisions near our table to the evening news. As we were all talking and sinking our beers, we kept an eye out to see if they covered the “Month at the Museum” contest.

One thing I learned from the other Finalists is that apparently… the foam reaction Kate experienced could have potentially caused chemical burns on the skin (hence why we were all wearing gloves). You’ll notice in the video that Bret (the contest MC) runs over pretty quickly to get her gloves off. 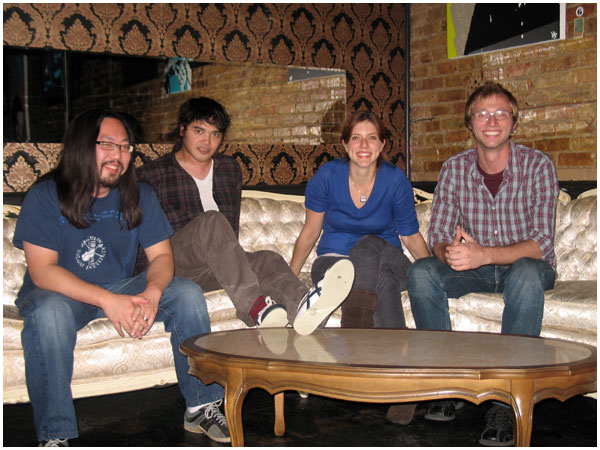 Before we all parted ways, we got together for one final photo op. L to R it’s me, Krispijn, Kate and Johnathan. 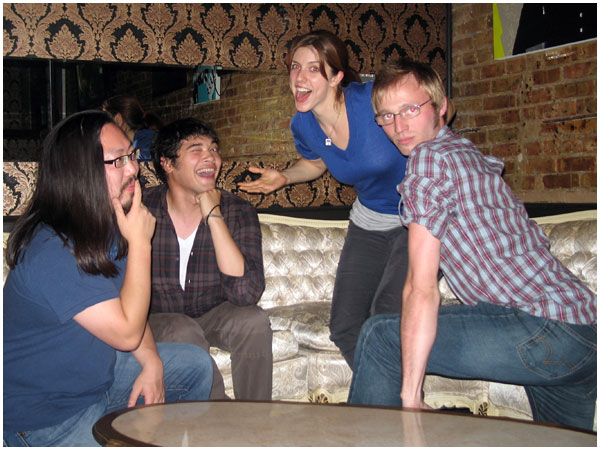 Aaaaand this is us just being plain silly.

Good good folks. We are all totally awesome.

month at the museumMSIvillains
« Month at the Museum: Science Experiment Reveals Winner
But Not ALL the Time, Right? »