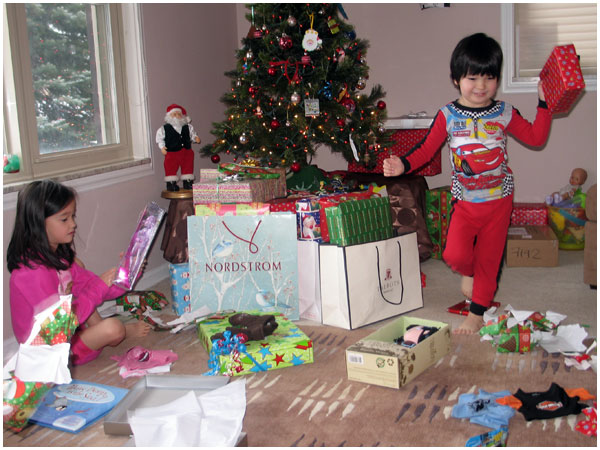 Stacey let Liz and I sleep in a bit, and by the time we got out to the living room… the opening of presents was fully under way. 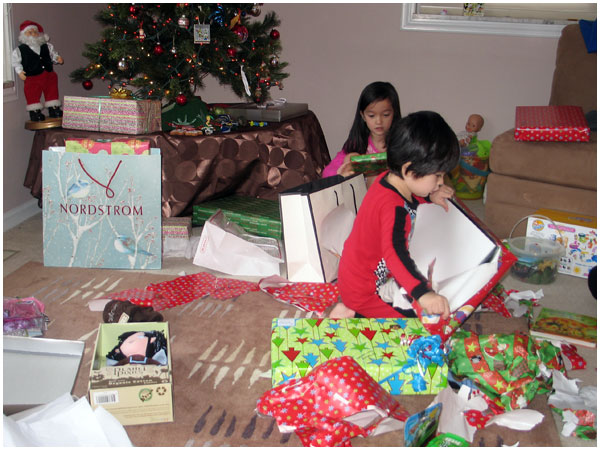 After a while, it was hard to spot the toys underneath all the torn paper. 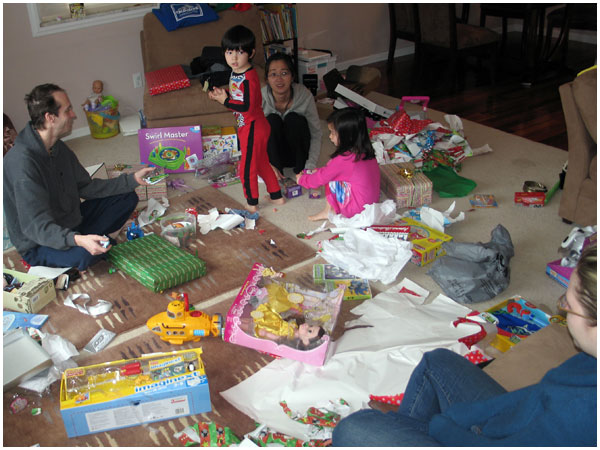 Shane, Stacey and Liz watch on as the kids get more and more excited. 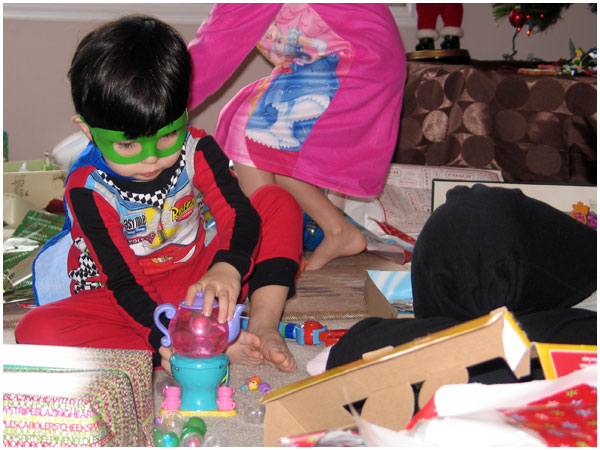 Jahnu got a mask, cape and a wand that’s fashioned after some popular kids’ character. It involves the word “Why” in the name, but I can’t seem to recall it fully. 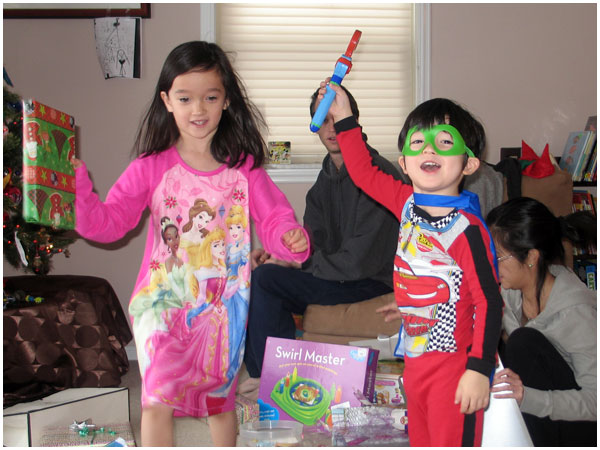 This is probably my favorite photo of our trip to Indy. 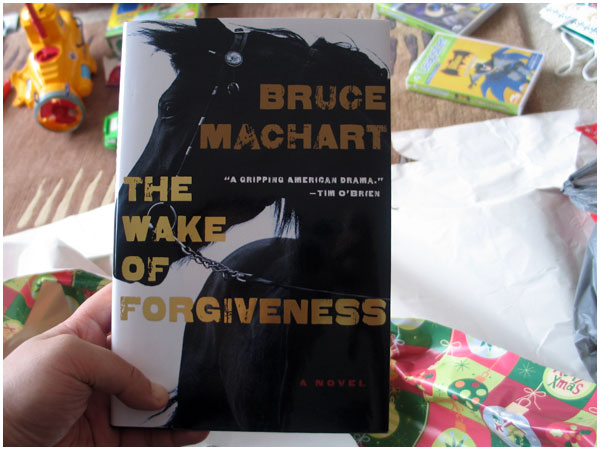 One of my gifts: The Wake of Forgiveness, by my friend Bruce Machart. Previously spotted in the wild while in Washington, DC. 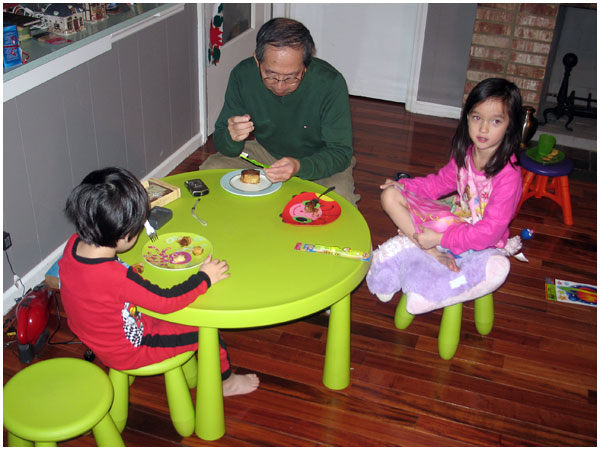 My dad, who visited briefly to watch the kids open presents. He had some cinnamon rolls with us for breakfast, and then promptly went out to procure some Chinese food for our lunch. It was actually quite the American Christmas – our Chinese family getting take-out from a Chinese restaurant.

Soon after, he headed back home to rest up with my mom. 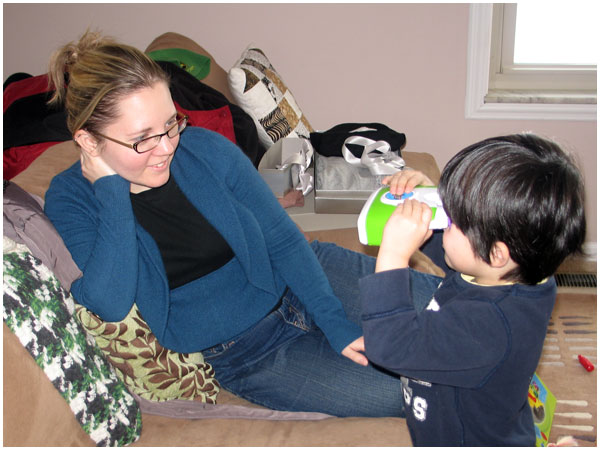 Jahnu, using his Toy Story binoculars to spy on Liz.

Viewing the damage from the kitchen.