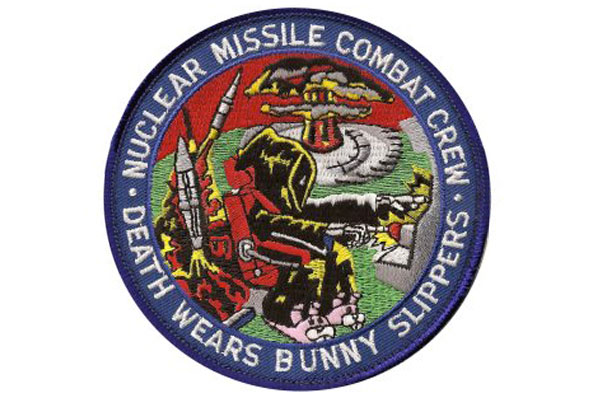 John Noonan writes an incredibly interesting, first person account of what it means to man a nuclear missile silo. His article, In Nuclear Silos, Death Wears a Snuggie, is at once light-hearted and sobering.

For decades, missileers (as we’re known in the military) have quietly performed their duties, custodians of a dying breed of weapon. But American citizens have no real connection with the shadowy operators who stand the old posts of the Cold War, despite the fact that they spend up to $8 billion a year to maintain our country’s nuclear deterrent. The truth is the job is an awesome responsibility, but it’s deeply weird.

In reading this article, it was hard not to think back to the classic 1983 movie Wargames. Specifically, I’m thinking about the opening scene that involves two missileers (a young John Spencer and an even younger Michael Madsen).

It’s a short article, but Noonan manages to bring up the complexities of peace achieved through the threat of violence, and also how his job conflicts, in some ways, with his Catholicism.

With all our technology and all our authenticated orders, I take some small comfort in the fact that it still comes down to a human being sitting at a console, overseeing a series of switches. I’m just really thankful it’s not me sitting in that chair… with or without bunny slippers.