A ritual we used to have at work (before the massive layoffs, when there were six of us commuting via train) is the Friday Beer Train. For some reason, Metra allows its passengers to bring alcohol on board. Suckers! There is a liquor store about 100 yards from the trainstop in Barrington. Today, it was me, Jenny and Tracy. Jenny and I headed off at around 3:55 PM, but Tracy got snagged into doing some last minute work. Jenny and I decided to buy the beer, and we hoped Tracy would catch up later. Train comes at 4:26.

What makes it all the worse is that our train commute is roughly an hour. On Fridays, there aren’t any "express" trains – so it makes every single friggin’ stop. To top it off, the trains come roughly once an hour. So if Tracy misses the 4:26, she’s stuck out in the suburbs for a full 60 minutes.

We buy a six of Heineken. Jenny and I start drinking at the train stop. 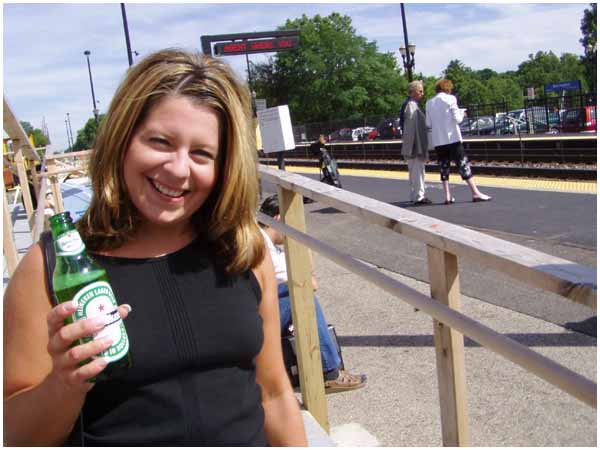 It’s bad enough to have to stay late at work. But on a Friday – it’s sooo much worse.

On the plus side – this means an extra beer for me and Jenny, apiece. 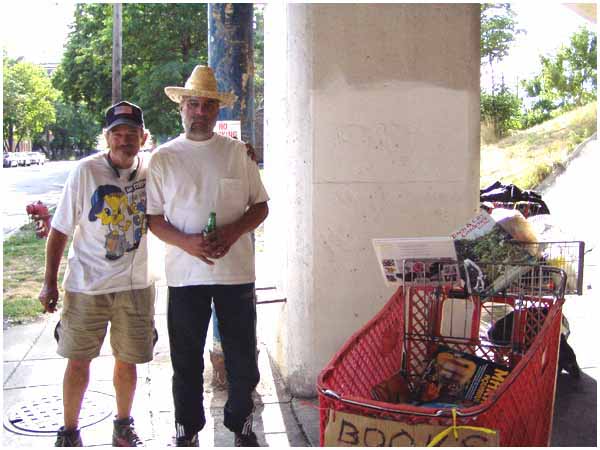 At our stop, there was a bum selling books out of a shopping cart. I figured what the hey – and started browsing. Like I said before – I usually try to give money if I can. But if someone homeless is trying to sell something, I’ll try to give a little more. The guys, left to right, are Phillip and Cliff. Both incredibly, incredibly nice. Phillip actually hugged me when I bought a copy of "The Planet Earth." For $5, I got the book and their permission to take a picture. Phillip made some rather sketchy remarks about my ethnicity, but I let it slide. Jenny gave them the rest of our Heinekens.

Depressing sidenote: Phillip’s hug is the most action I’ve seen in the past 4 months. :D 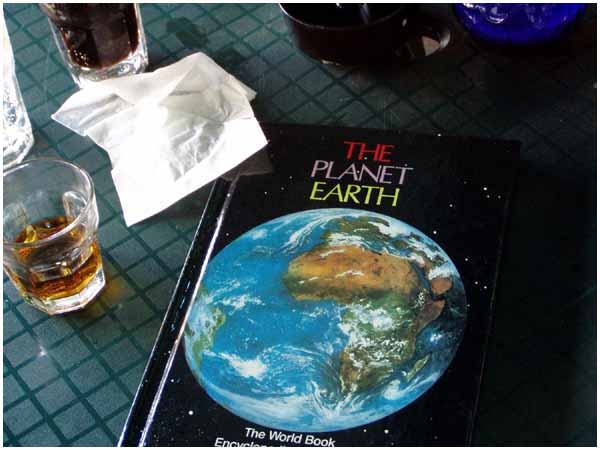 We walked past the Leopard Lounge, and Jenny and I decided we weren’t done drinking. Went in – I started in on the Jim Beam, she started on Cosmopolitans. Jenny then proceeded to kick my ass in pool.

I’ll spare you the Oh, I could have won at pool, but I was too drunk excuse.

Leopard Lounge, while super pricey, is still fun. I think it’s all the times I went there with coworkers. To top it off, when we get back into the city on Fridays… no one’s there for a few solid hours.