We Are All Alike

Decided I was hungry this morning, and stopped off at the McDonald’s in the Merchandise Mart. I saw a guy in front of me who was a construction worker, but had a piece of cardboard stuffed in his pocket. On closer inspection, the cardboard had writing on it, and I asked to take his picture. After talking with him, I learned that the cardboard contained a list of what he was ordering – that list was something very similar to what I would have done, were I in his position.

He smiled, and let me take his photo: 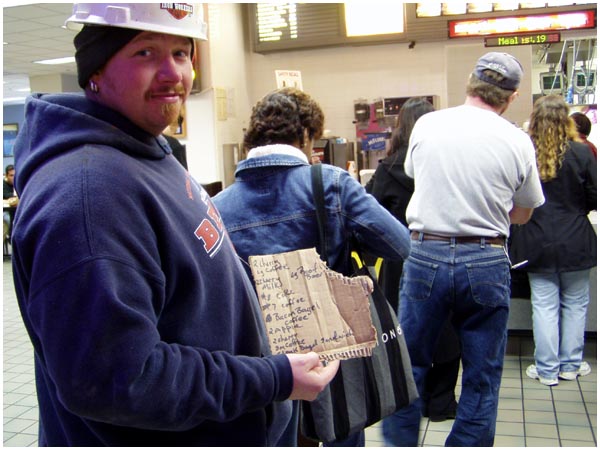 I love you, America!