Year of the Ram

Early yesterday morning, Alex and I headed out to Chinatown for the Chinese New Year parade. We brought our cameras with us, and pretty much spent the whole afternoon shooting the parade and the dragons. 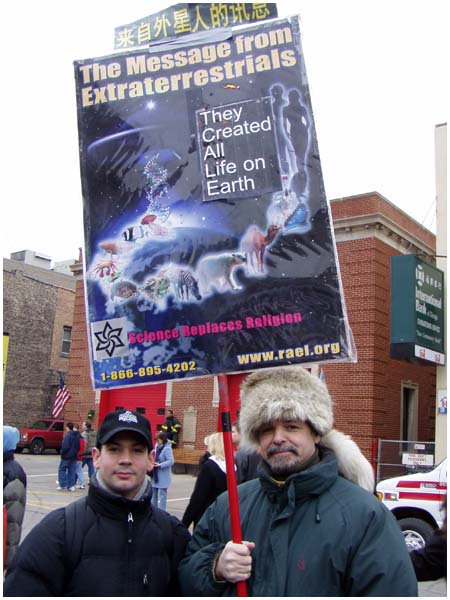 For some reason, the Raeleans were at the parade. Alex and I talked to them a bit, took their pamphlets and asked them to pose. They were all quite nice, and seemed like rational, sane people. Well.. all except the aliens thing. We didn’t talk about the clones, but Alex did ask if they were affiliated with Clonaid. My favorite part of the conversation was when Alex leaned in and said to the guy wearing the Daniel Boone hat:

I think it might have been too loud, because the guy looked confused and Alex just waved it off. 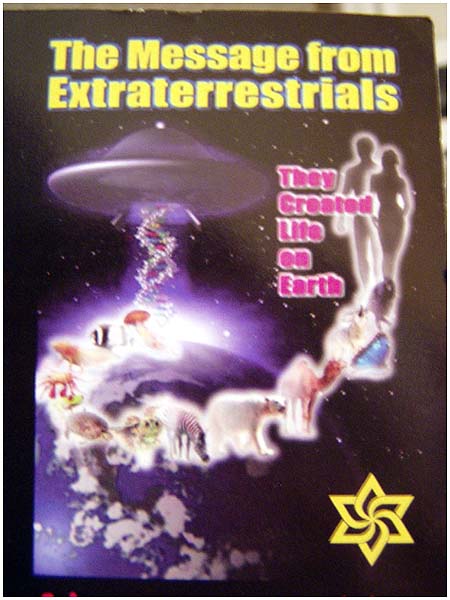 Here’s a bit of what they were passing out to everyone. The spooky thing was that half of the handouts were in Chinese. I know… it makes sense since this was Chinatown. But still… spooky. 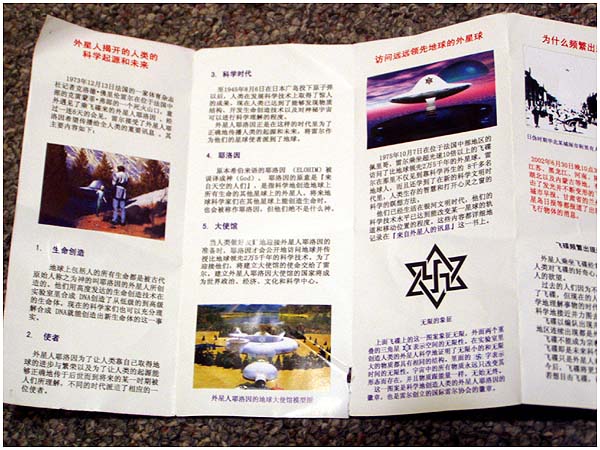 I can’t read Chinese. But even without the benefit of language, it still looks nutty. 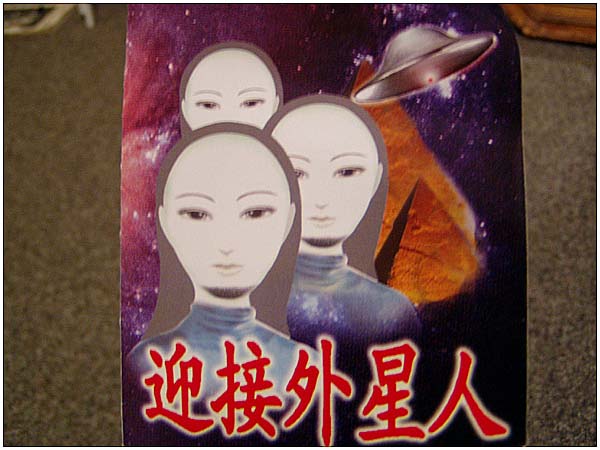 I don’t even know what to say about this. 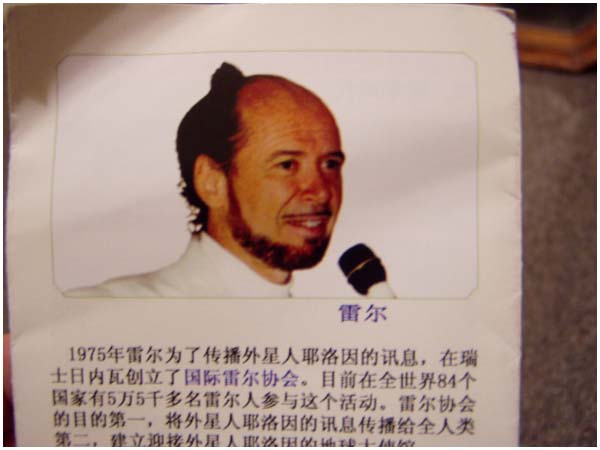 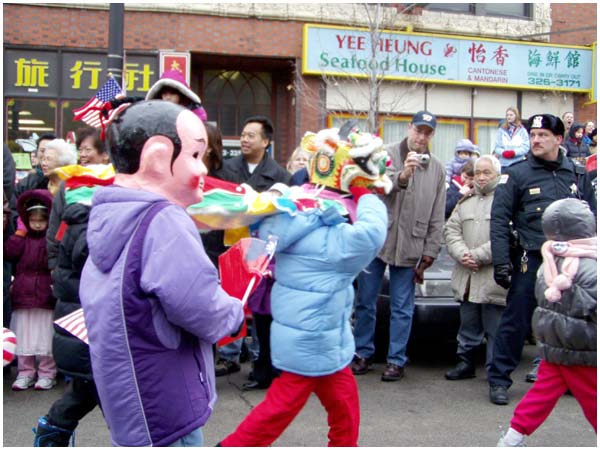 Alright. Enough about the fucking Raeleans. On to the parade.

The most exciting thing for both me and Alex was the opportunity to take pictures of other people. We both felt the same about big public functions – everyone doesn’t think twice about photographers, and you can shoot people without them getting self-conscious. The parade was fun to shoot, but we found ourselves getting lost in the crowd, and taking more photos of people. 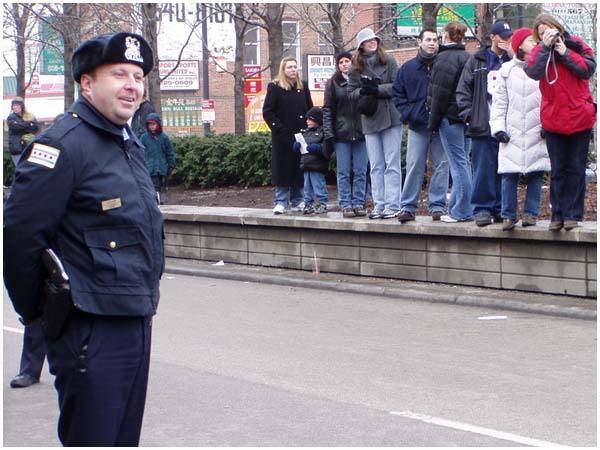 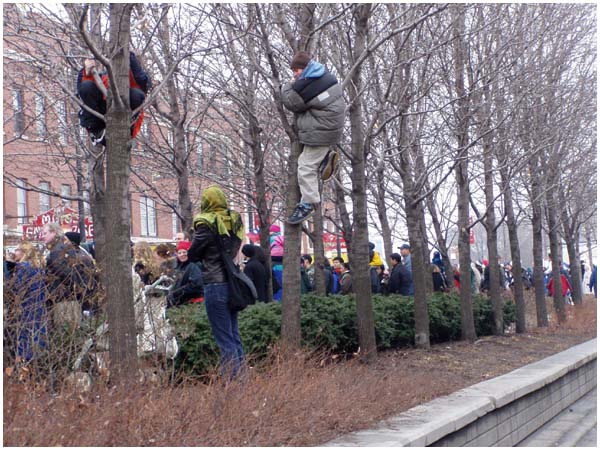 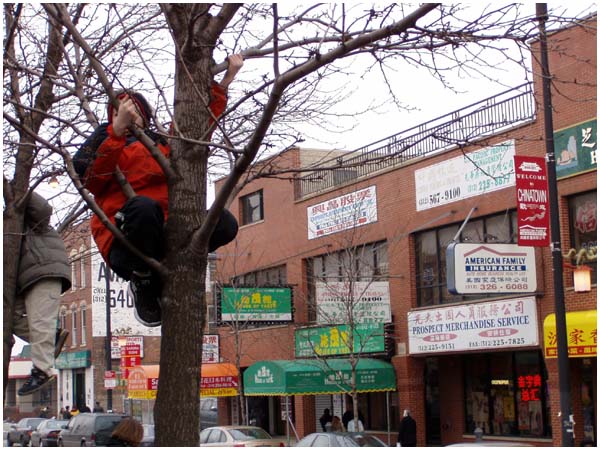 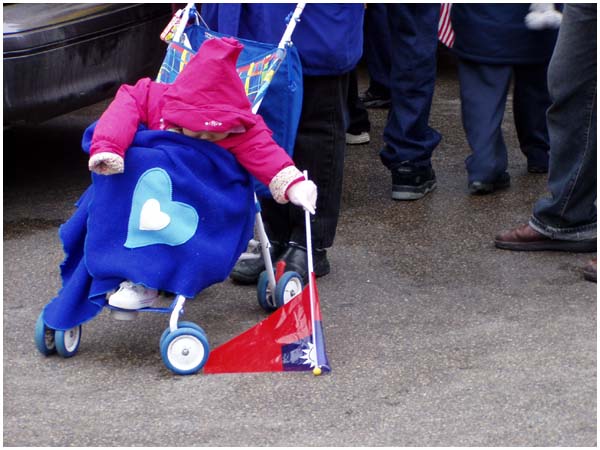 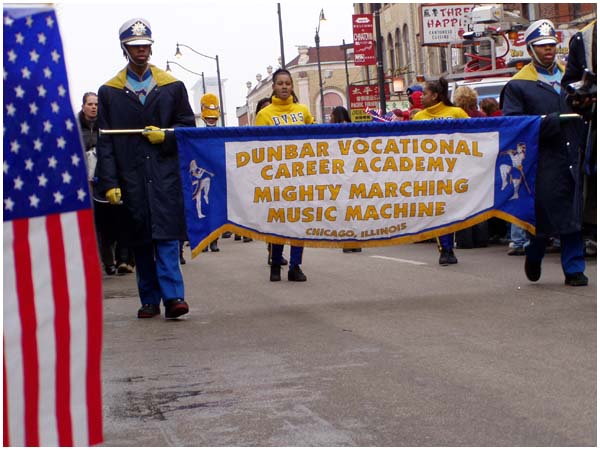 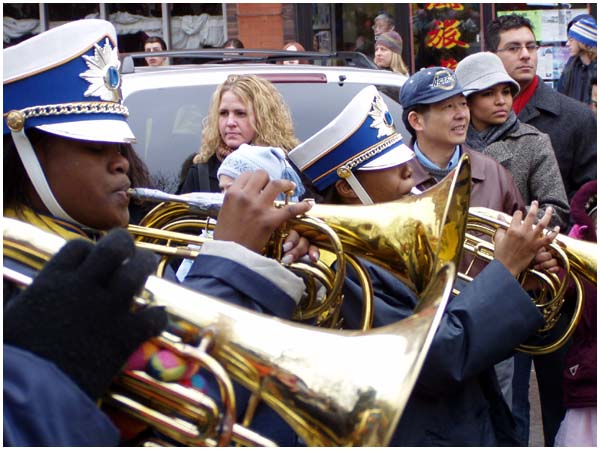 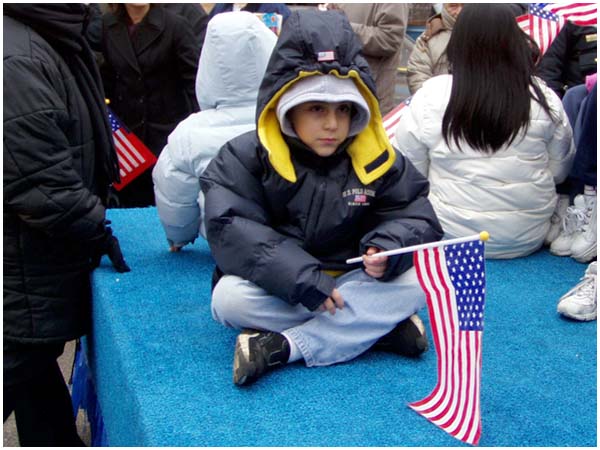 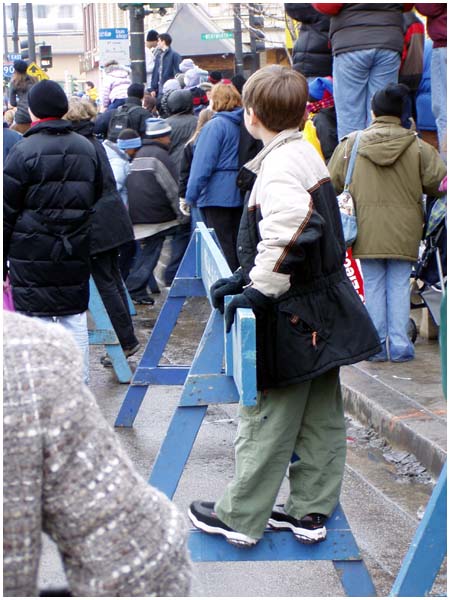 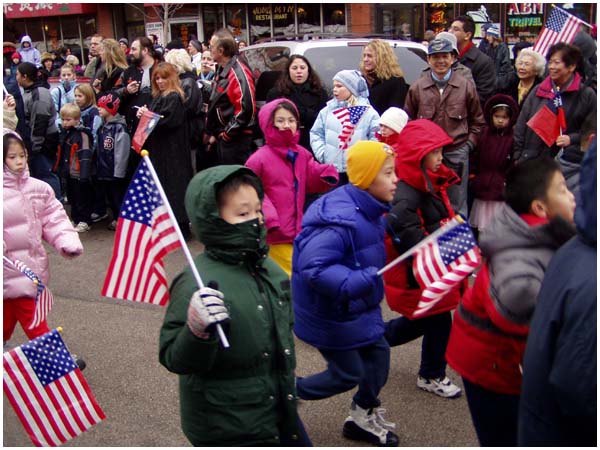 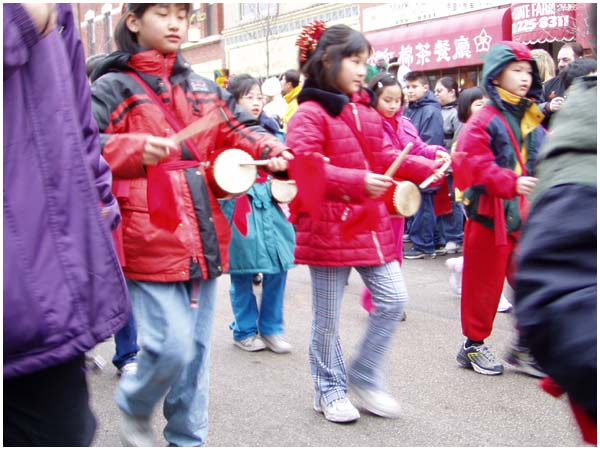 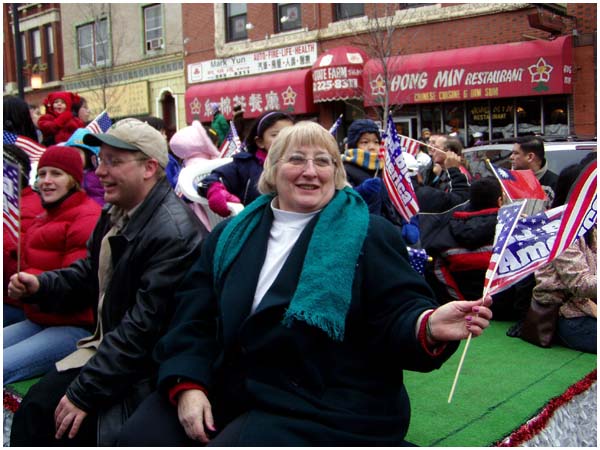 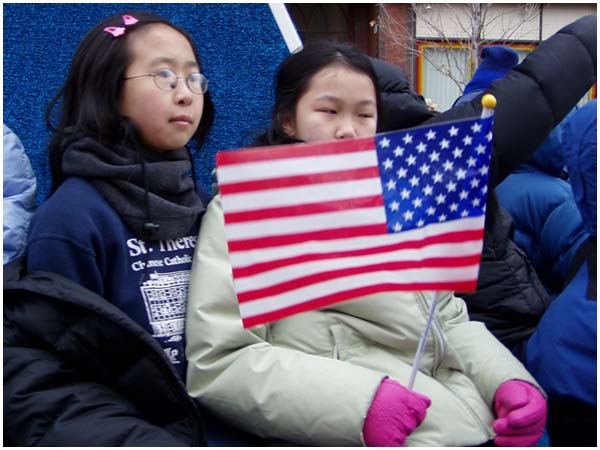 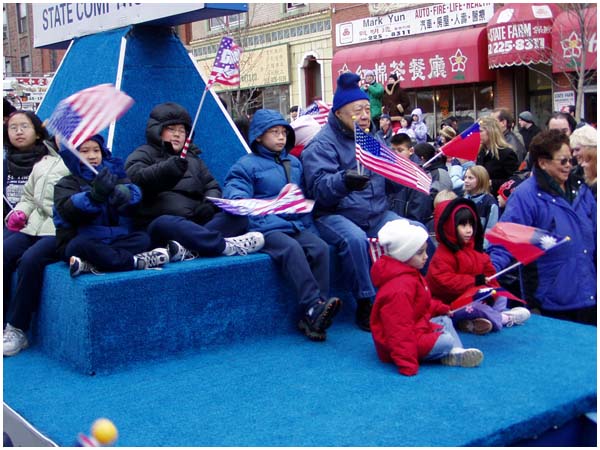 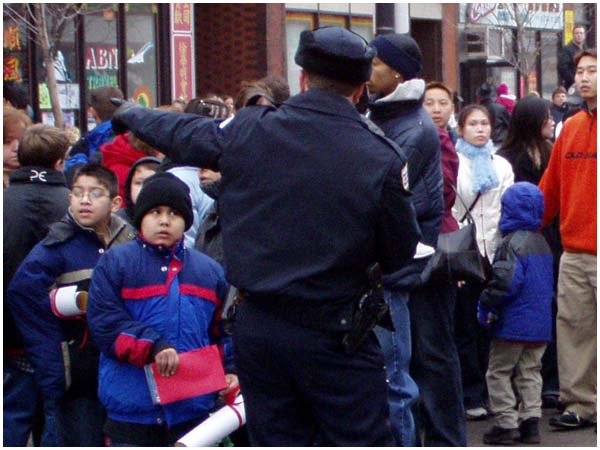 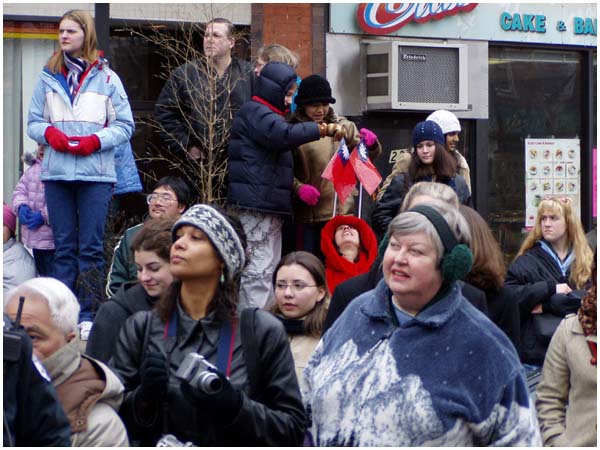 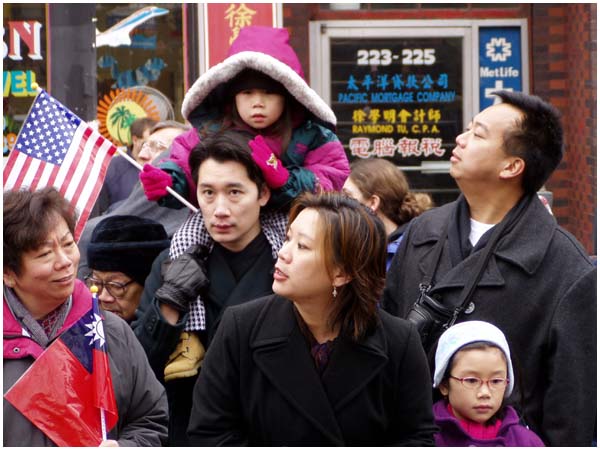 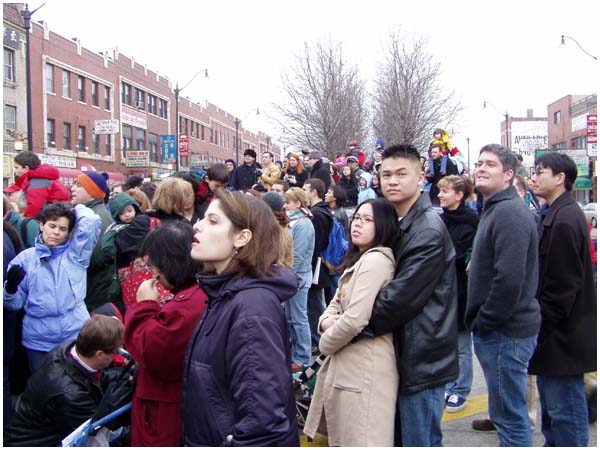 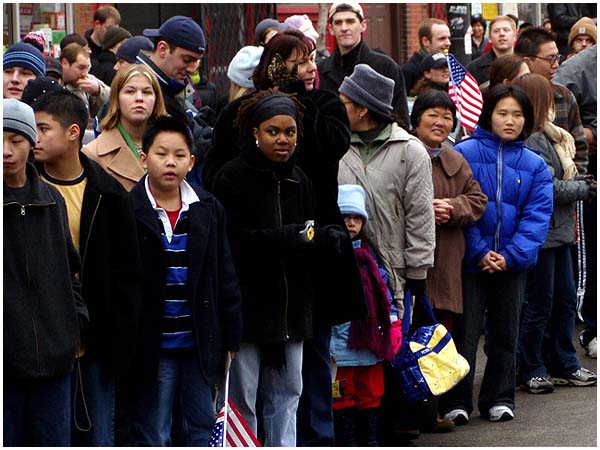 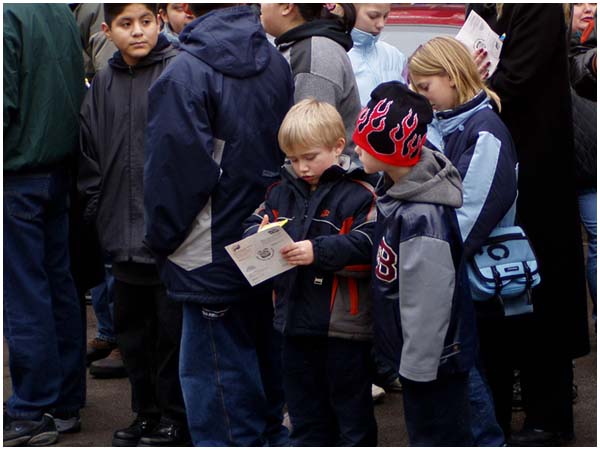 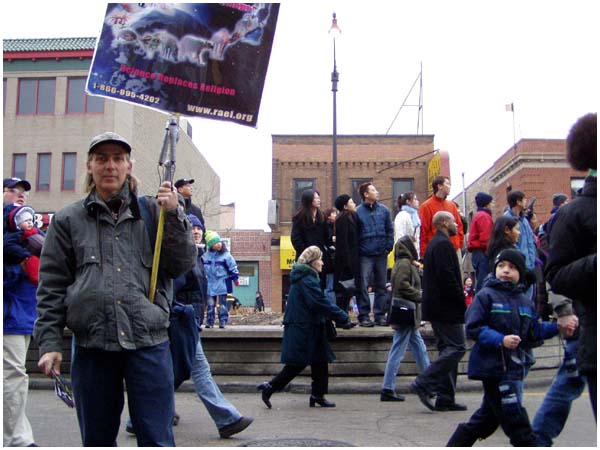 Aaaand… some more Raeleans. I promised this guy I’d send him a copy of the picture. The person he was with is standing far to the right, and didn’t want to be photographed. She had a pretty cool afro going, and I was a bit sad she didn’t want to be in the shot.

She seemed a bit embarrassed, so she might have been the sanest one of them all. I love the kid’s expression on the right, as he’s walking by.

« For Fuck’s Sake
Here There Be Dragons »