On my way home from work, I ran into Liz and Steph on North Avenue. We talked a bit (chatted about the nonfiction book Liz had about Mormons). Next thing I know, they’ve convinced me to go grab a beer with them and we make our way to Holiday. 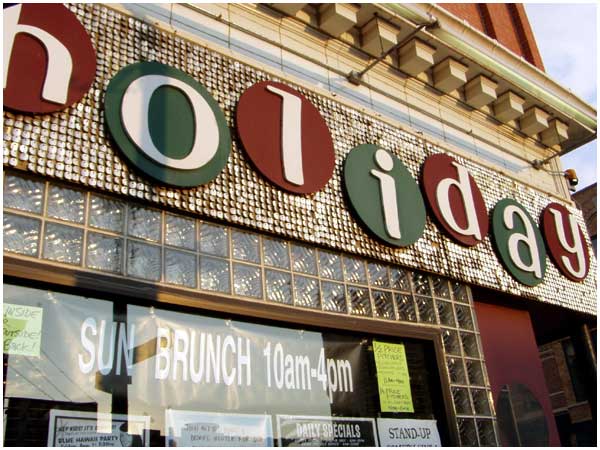 Ahhhh Holiday. Located on the corner of Honore and Milwaukee. I like this place a great deal, particularly during the off-hours. I need to start coming here more. :) 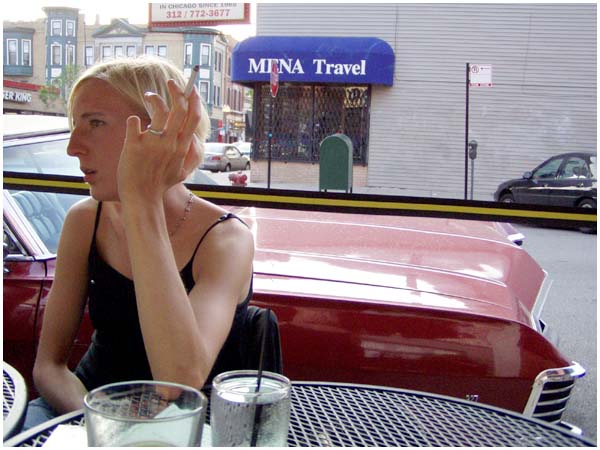 Steph, taking a break from the drinking with her cigarette. 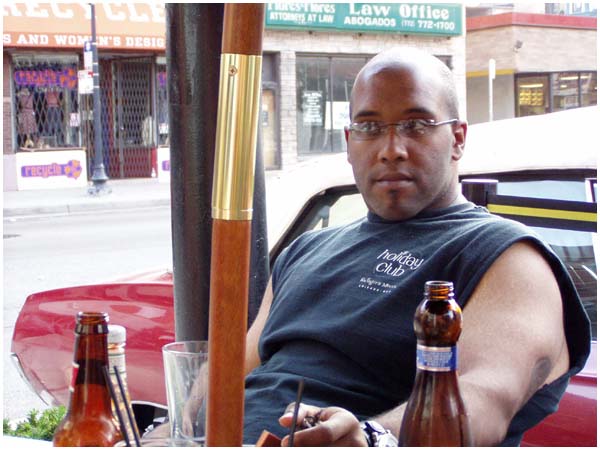 Mark, hanging out at our table. He’s a bouncer at Holiday, and we moved tables so he could keep an eye on the door. 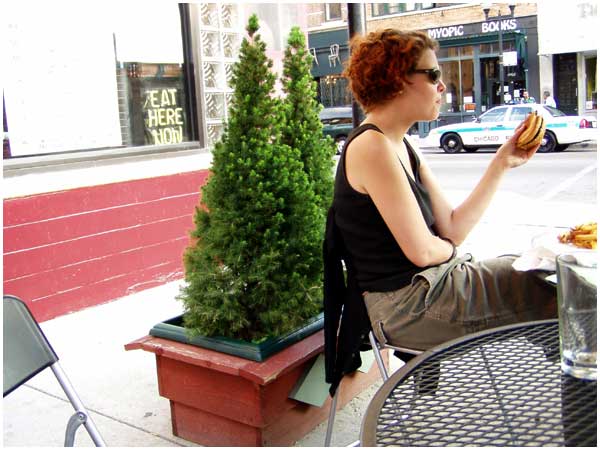 Liz, working on a Portabella mushroom sandwich. At some future date, Steph is going out of town for a few days. It looks like Liz and I might end up binging on whiskey and video games during that interim. 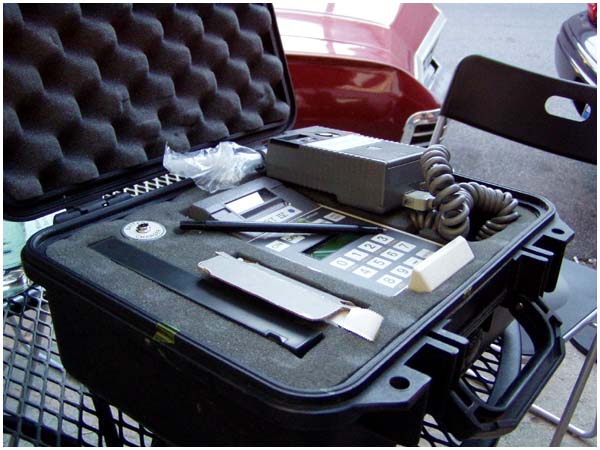 HOLY CRAP! How fucking cool is this? During our stay, I met this guy named Tony, a friend of Mark, Liz and Steph. He was an incredibly nice guy, had a history serving as a sniper in the Marine Corps, and pays his bills testing a wide range of folks for drug/alcohol abuse.

When I found out about his job, I asked how often he tested folks. He told me he had to pull crazy hours, and the tests were mostly random. He went so far, he confessed, as keeping a breathalizer in his car.

Of course, I asked if I could see it and if he could test me. :)

This is me, trying to gauge how drunk I am. So far, it’s closing on 9 PM, I haven’t had any dinner, and I’m about 3 beers into the night. 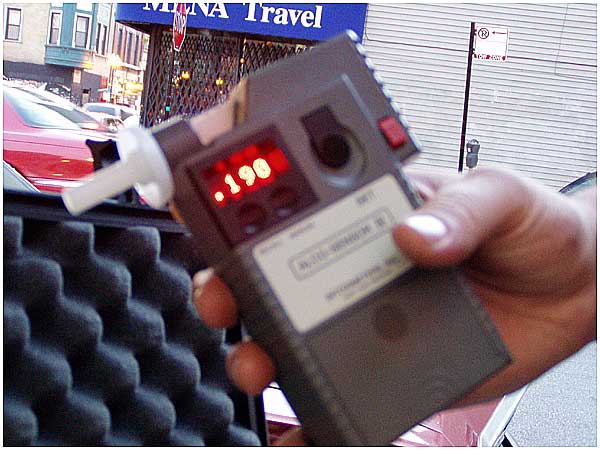 And, it turns out I blew a .190. According to Tony, the legal limit in Illinois is 0.080. His quotation to me was "You can’t even legally walk a dog down the street!"

We hang out a while longer and I throw down another beer. By the time it turns 10, I say my goodbyes and stumble home.

I had a blast hanging out with everyone. I’m so happy I ran into Liz and Steph, I’m glad I saw Mark again, and am looking forward to talking to Tony more.

What a surprising, great day this turned out to be.

on the way home
« Dang
The Clubs Claim Another Victim »