I got the television set up, and now my living room actually feels complete again. I replaced my futon cover with one that I had purchased several weeks back, and it’s like a whole new room. I don’t have an antennae, so I’ll have to pick one up tomorrow at Radio Shack.

I ended up trying to play a few rounds of Atari, but quickly discovered that my reception improved once I had the Atari console plugged in. I flipped around a while, watched a bit of Every Which Way But Loose (dubbed in Spanish), and became giddy at the fact that I once again had a television.

For no good reason, here’s a picture of Charlie Rose: 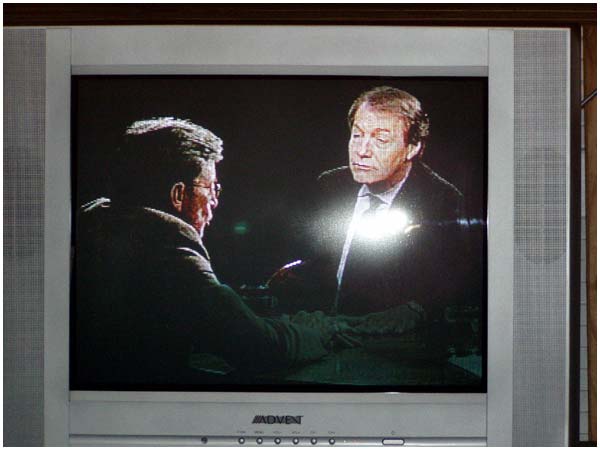 And you know what the best thing is? Tomorrow is Tuesday, and I think I might be able to watch NOVA again.