While I was an undergraduate, I held a job at the Monroe County Public Library for many years. Mornings were a slow time for me, and I started most days by throwing on a pot of coffee. Because I had classes during the day, I tended to work mornings. Because I was in college, I tended to drink a lot.

There was this limbo-like moment, that typically lasted about ten minutes, where I was in between states and just sipping on coffee. One of my more vivid memories was of the Smashing Pumpkins video for their song 1979. I had taped the video (intentionally or accidentally, I can’t remember), and this song, this video, became as much a part of my morning ritual as the coffee.

Most of you know by now that I have a predisposition to play the same songs/albums over and over. But it wasn’t until I got a copy of the Gondry/Jonze/Cunningham DVD’s that I remembered I used to do the same thing to videos as well.

This 1979 thing – it wasn’t just a few times. This ritual thing went on for a solid couple of months. 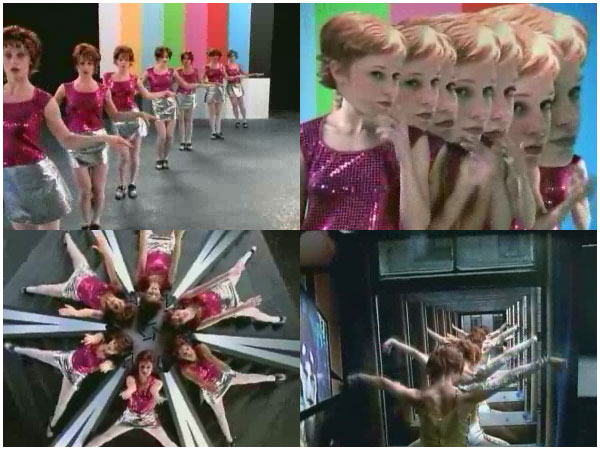 And recently, this year, right before the holidays… I was doing the same thing to The Chemical Brothers, with their video Let Forever Be.

If I hadn’t been for the holidays, I might still be throwing that DVD into the machine each morning and hitting play.

« As Atonement
Mars Dead Or Alive »