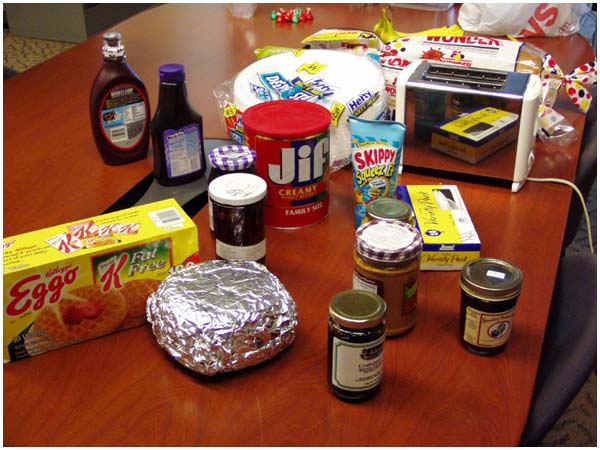 A quick shot of all that was brought in. 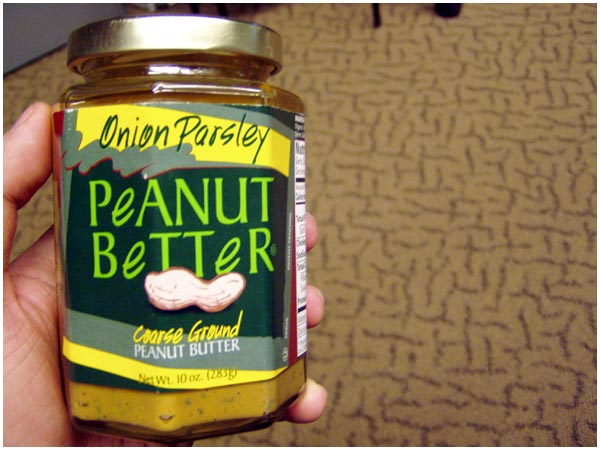 Ben got this from Daniel, down at the Artisan Cellar (ah damn, no web page for them. One of these days, I need to go in there and take a bunch of pictures, so you all know what I’m talking about here). When Ben mentioned what our lunch plans were, Daniel found this jar somewhere in the back of the store – a leftover sample or something.

Needless to say, I skipped this one. 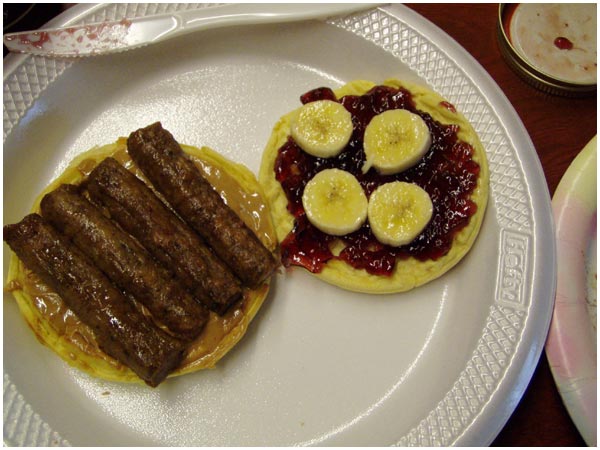 I decided to go for the breakfast sandwich route. I’m using Eggo waffles instead of bread, I’ve got some Boca sausage links cut in half, and bannanas. 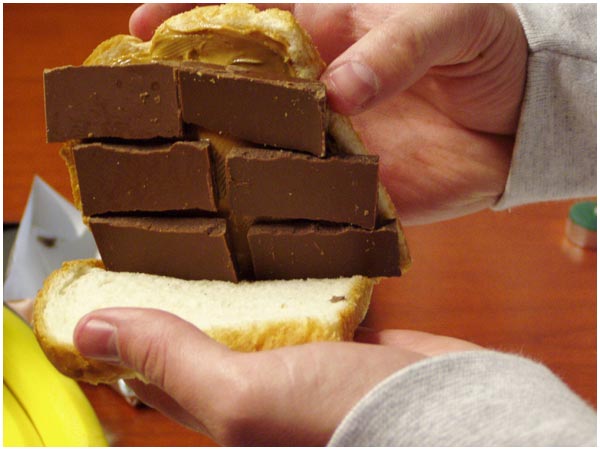 Anthony’s sandwich, heavy on the chocolate. 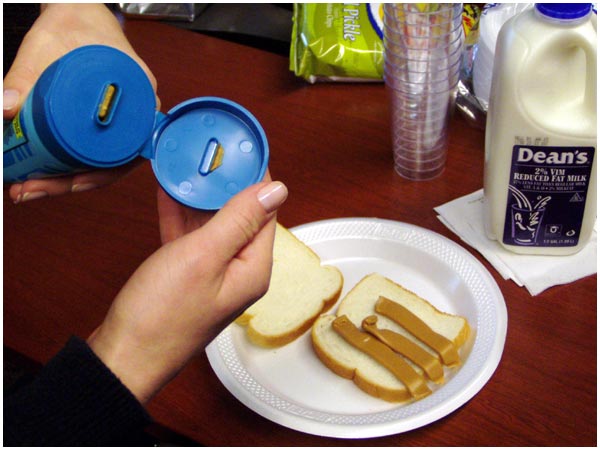 Jill’s sandwich. She brought her own peanut butter (Skippy), and went for the squeeze bottle. 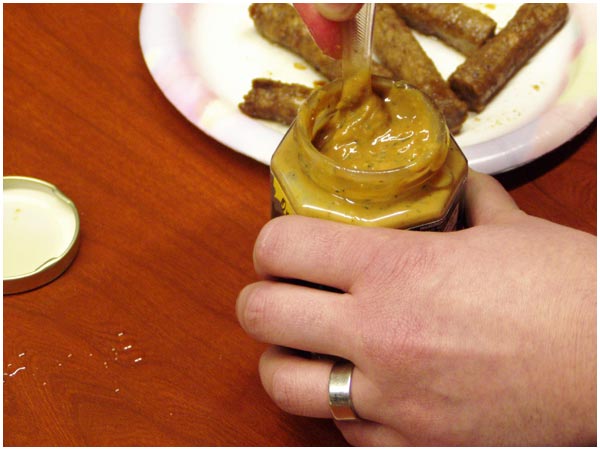 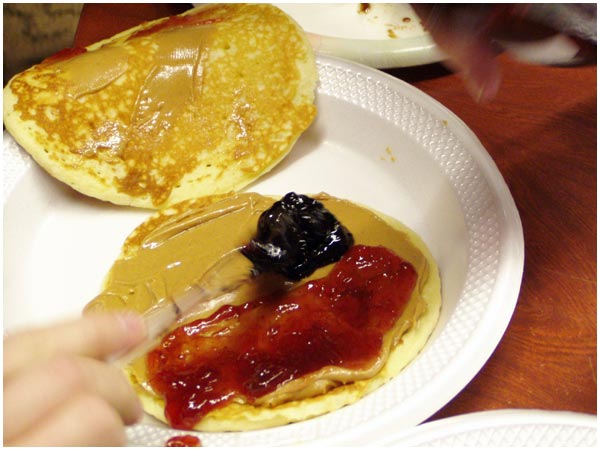 Justin brought in a whole stack of pancakes he had made at home, especially for this occasion. 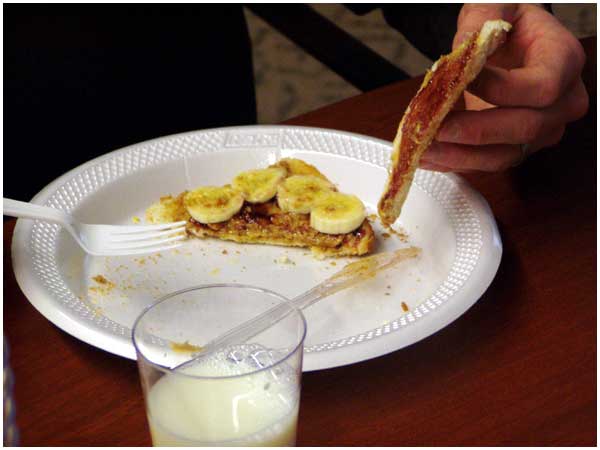 Phil, toasting his bread and going for the traditional PB + J + bannana sandwich. 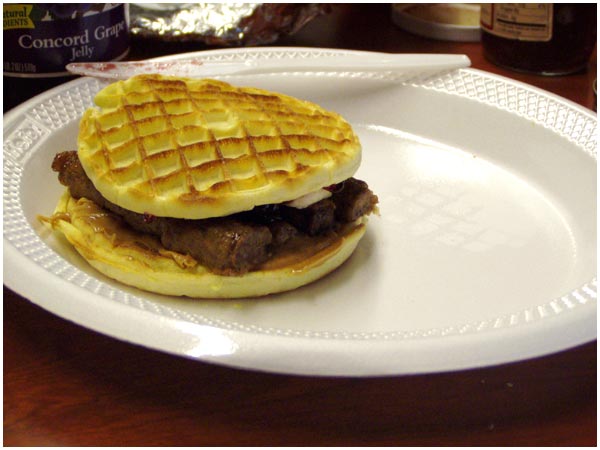 Here’s mine, all piled up and ready to go. Mmmmm… Eggoriffic. 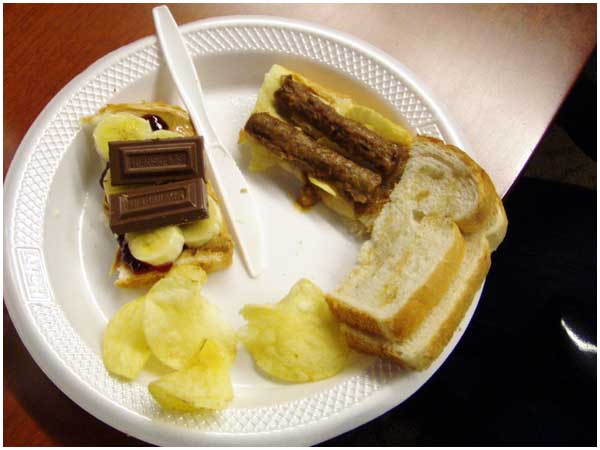 Ben braved the Onion Parlsey, and mixed things up a bit. He used some of Anthony’s chocolate, my Boca sausages, and added Dill Pickle potato chips. 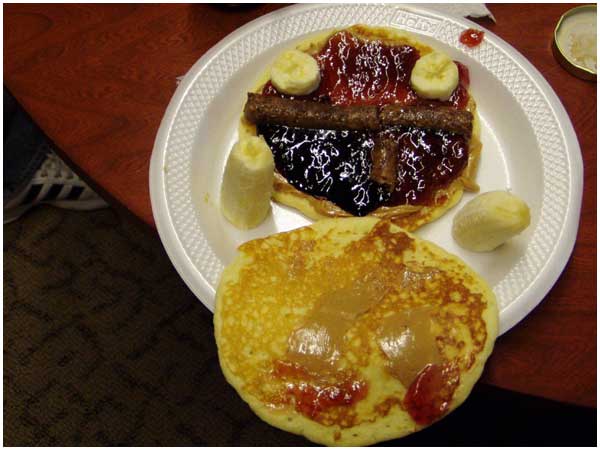 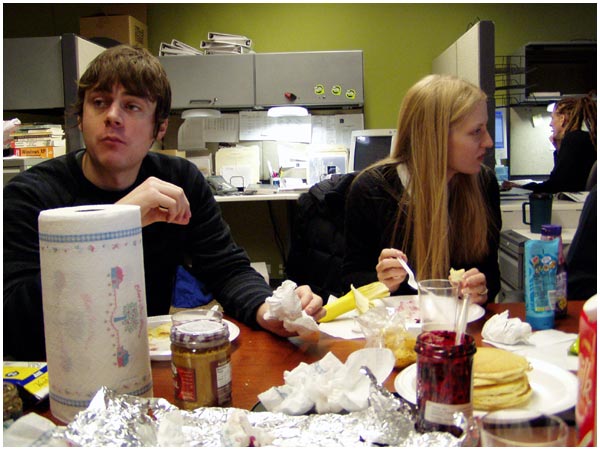 Justin and Jill, relaxing after round one. 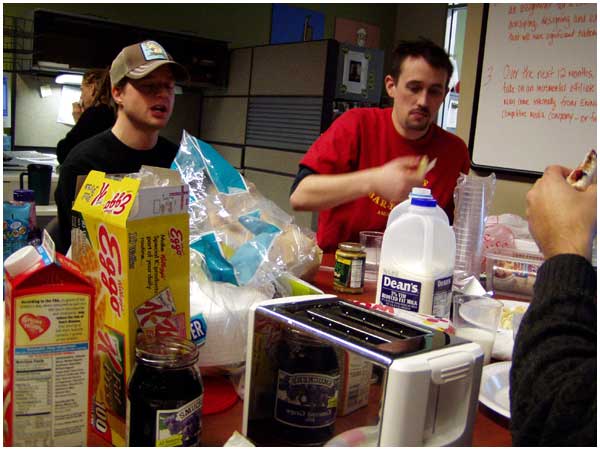 Phil and Ben, working on round two.

Overall, I only had two sandwiches (my second was a traditional one, but with a layer of potato chips). Jill had the foresight to bring in some chocolate syrup so that people could make chocolate milk. There were some interesting talks after everyone was done eating, and I got into this intriguing conversation with Rey about social Darwinism.

Ahh, fun fun lunch. Let’s just skip over the later part of the afternoon, where everyone was feeling the effects of all that sugar, all at once.

« WHEN DREAMING YOU
Quimby’s »