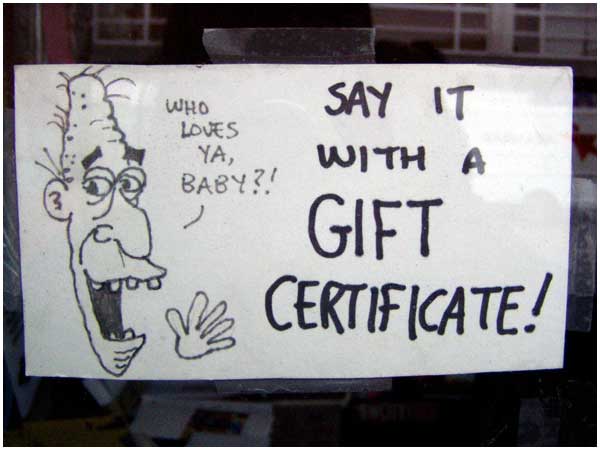 After waiting a long while, I went into Quimby’s Bookstore today and used the awesome gift certificate I got, several months back. I had a blast going on a spree, and got a few items I’ve been wanting (and a few things I wanted to check out).

The guy behind the counter was cool with me taking pictures inside. Though he didn’t want me to take his photograph, he did ask that I leave the URL. 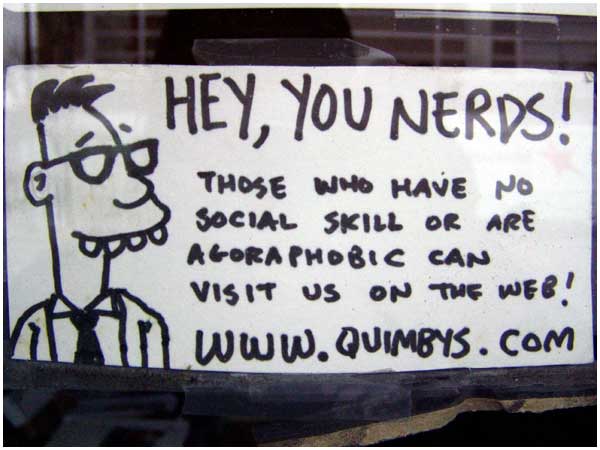 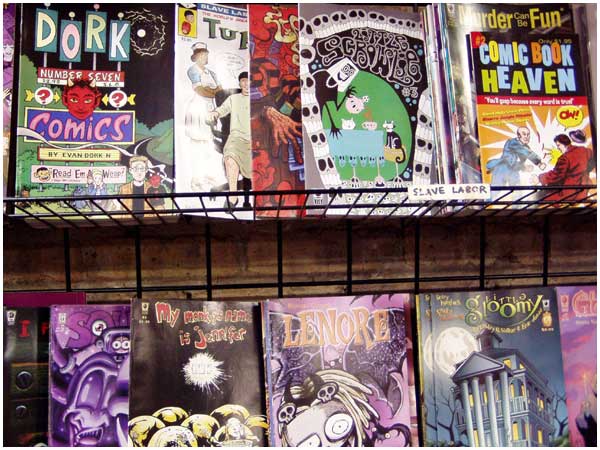 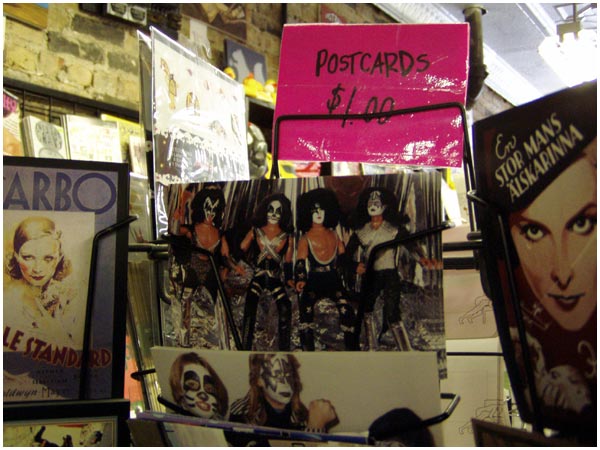 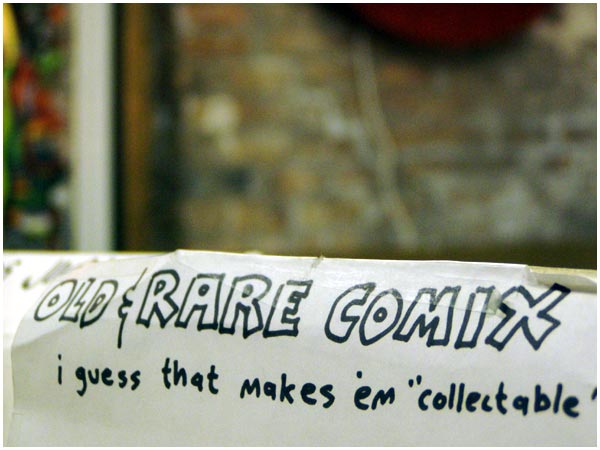 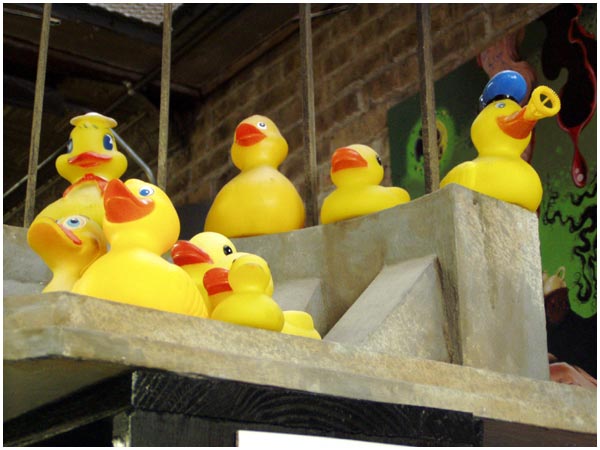 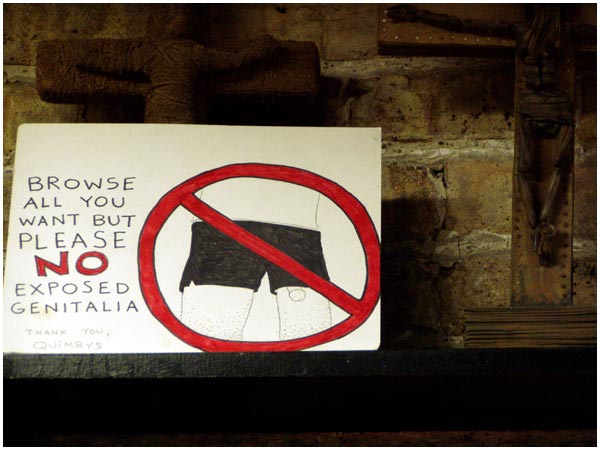 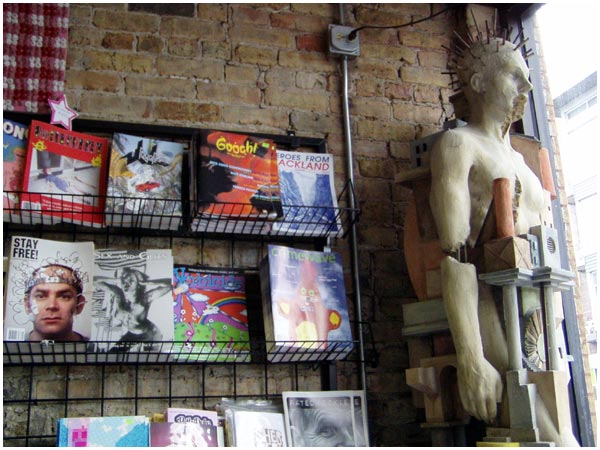 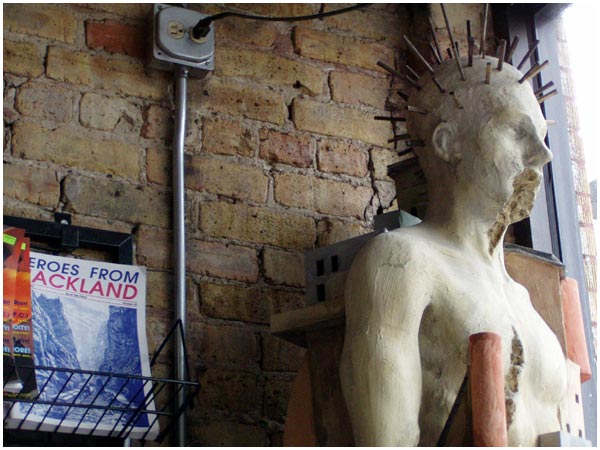 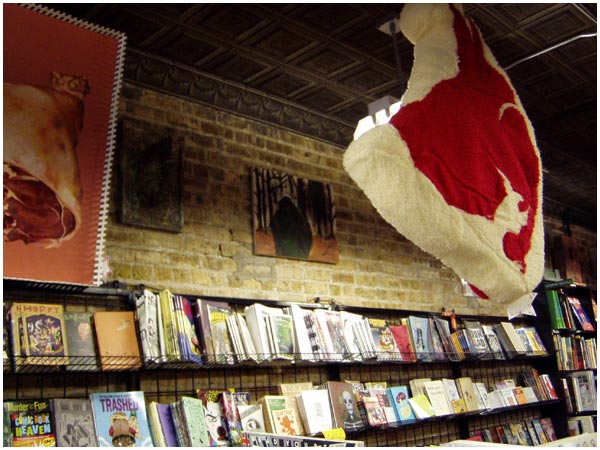 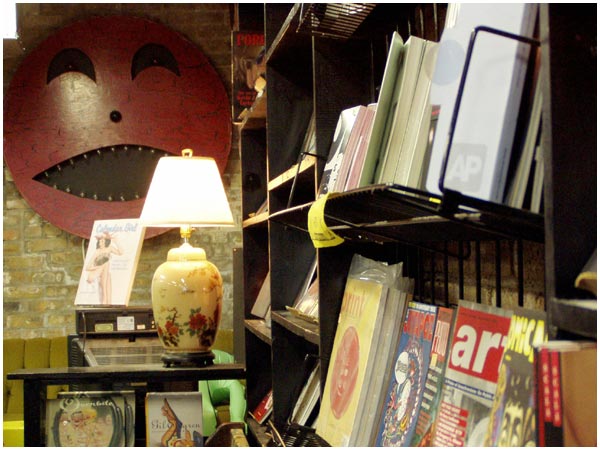 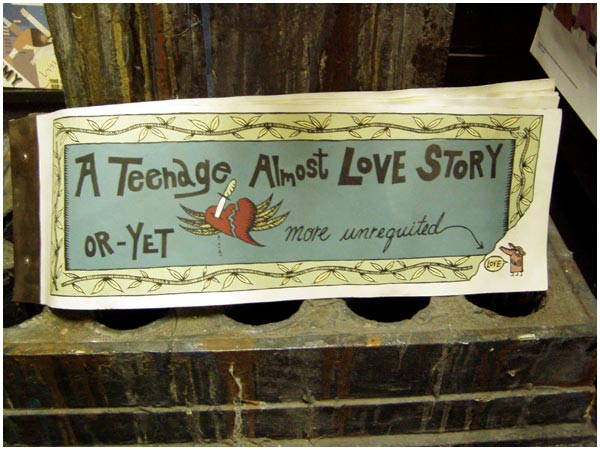 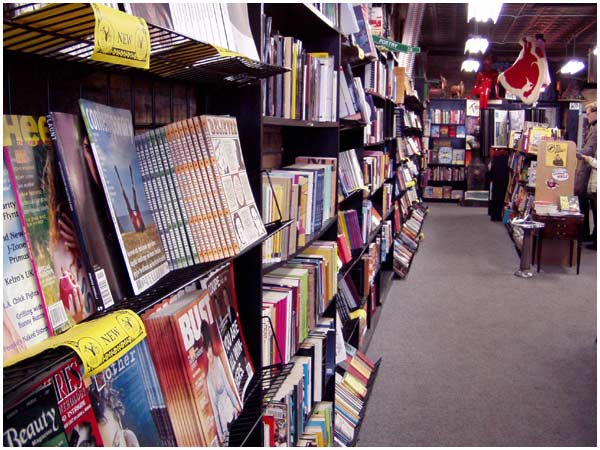 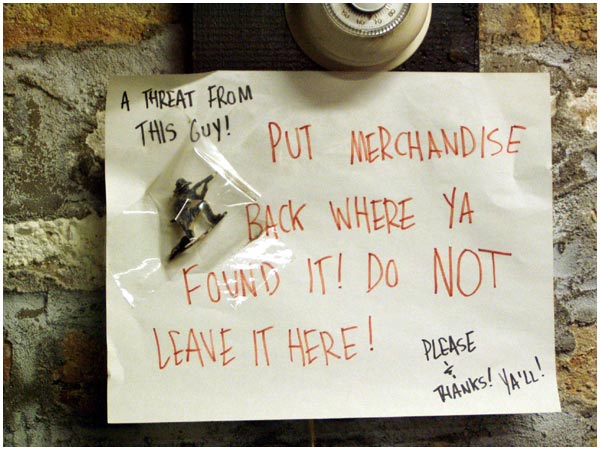 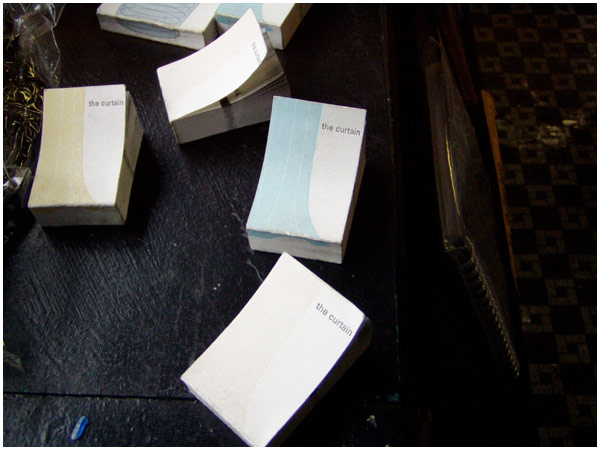 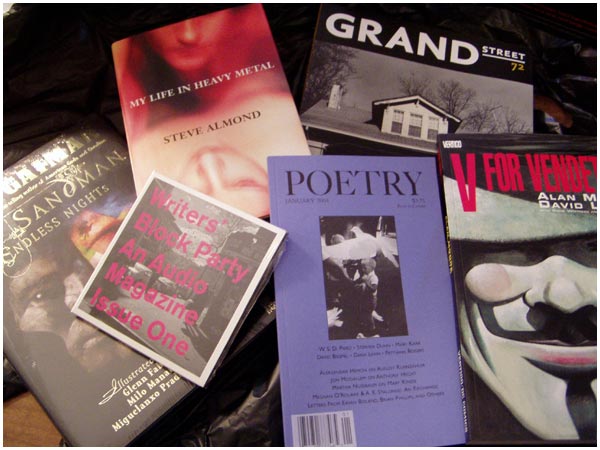 Here’s all the stuff that I got. One of the first things I grabbed was Neil Gaiman’s Endless Nights, a continuation of his Sandman series that I really really dig. I got a few journals (Poetry and Grand Street). Research I guess you’d call it, for the sending out of poems. Since I liked Watchmen, I got Alan Moore David Lloyd’s V for Vendetta. In the journal section, I came across something called Writers’ Block Party, touting itself as an audio magazine. There was a poem by Billy Collins on it, so I figured I’d give it a whirl. And finally, as I was perusing the fiction shelves, My Life in Heavy Metal caught my interest. I’ve never heard of Steve Almond, but after reading the first page of his first story… he got me. I decided I liked it the opening so much (see below), I’d take a chance.