Queensrÿche at House of Blues

Tonight was my first concert at the House of Blues. I’ve been here a few times, but only in the Foundation room – never for a show. And to top it off, I got free Box Seats thanks to Tommy and AJ.

My ticket led me to a small room on the 2nd floor, to the right of the stage. There were maybe 10 other folks in there, and I ended up talking with Eric (one of the sound guys at Q101) for a while. A little later on in the night, Matt and a few of his frinds showed up.

Amazingly, on arriving I wasn’t searched or asked to check my camera somewhere. I had called ahead to see if cameras were ok (they aren’t), and learned there was a $5 check-in fee if you bring in any kind of camera. I kept mine in its case most of the night, but broke it out every once in a while to grab a very quick picture.

I wasn’t that familiar with the songs they played in the first half. They did a lot of stuff from Empire, and a few of the super-heavy songs from their earlier albums. Quite honestly, my jaw dropped when people in the crowd (numerous people) were singing along to these super-old songs that I could barely recall. It was definitely weird.

A lot of the first half consisted of songs I recognized, and slowly became more and more familiar the more I heard them. But the crowd, apparently, knew the words verbatim.

Granted, I was a bit out of it as somewhere within the first 15 minutes… a joint started making its way around the box. And then another. And another. I had had a few drinks by this point, and didn’t really get coherent again until the second act.

Note for future shows: drinks are expensive as HELL at the House of Blues. Somebody had warned me about this prior to, but I had shrugged it off. In my mind I was thinking “Sure, sure. Drinks are expensive everywhere when you go out.” But here? A double-shot of Jim Beam was $16.50. Seriously! At one point, I recall hearing our waitress apologize for how outrageous the drink prices were to someone else. That’s pretty messed up. 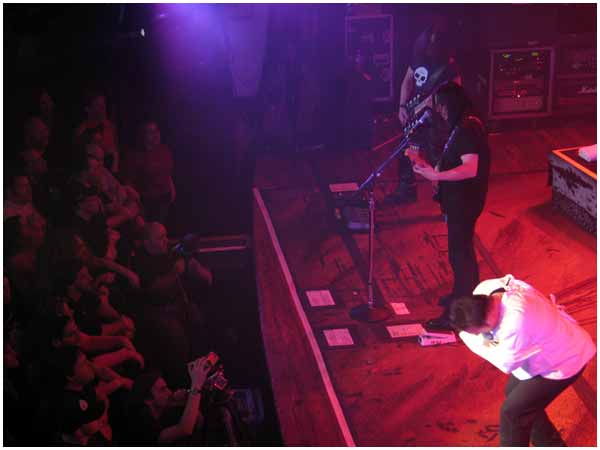 Here’s where a lot of the theatrics started to kick in. There were a few actors who came on stage during the interstitials, and Geoff Tate ended up singing a song while tied up in a straightjacket. This might have been more engaging were I 16 again, but seeing this now… it was totally over-the-top.

But, in many ways – this is what I came here for. 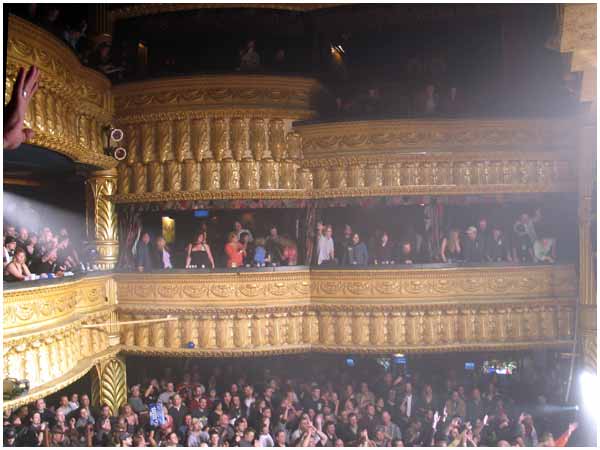 I still can’t get over how many other people seem to like Queensrÿche. I always thought I was part of some really, really small minority that actually listened to them while I was in high school. But apparently, enough people liked them to sell out 4 nights in Chicago.

I figured half the crowd was here for Silent Lucidity, but after the second half started – I guess I was wrong. Seriously… this many people grew up listening to Mindcrime? I would have figured it was me and like 4 other dudes.

What was interesting was to see how old some of the concert-goers were (me included). There were a few young faces, but it seemed like the majority were there to relive some part of their youth. On top of that, it was easy to spot the couples where one person was totally into the band and the other was just there to provide support. More often than not, the pro-Queensrÿche partner happened to be female and the one next to them as “support” was male. 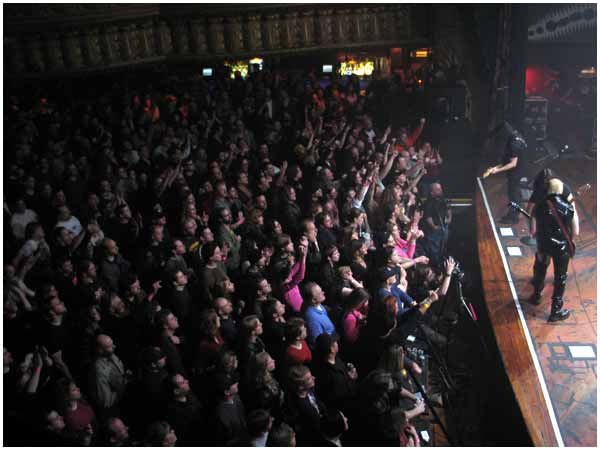 Mindcrime was a lot of fun to listen to again, particularly in its entireity. This was incredibly fun from a nostalgia standpoint and, at several turns, I felt like I was in high school all over again.

I have to say this though: playing live, they sound just as they do on CD. I heard them in the Q101 studio a few days ago, and they sounded remarkably like their recordings.

Even after some 20+ years, Geoff Tate’s voice (whether you like his operatic vibratto or not) is strong as hell. I’m convinced the guy could shatter a glass with his singing if he really wanted to. 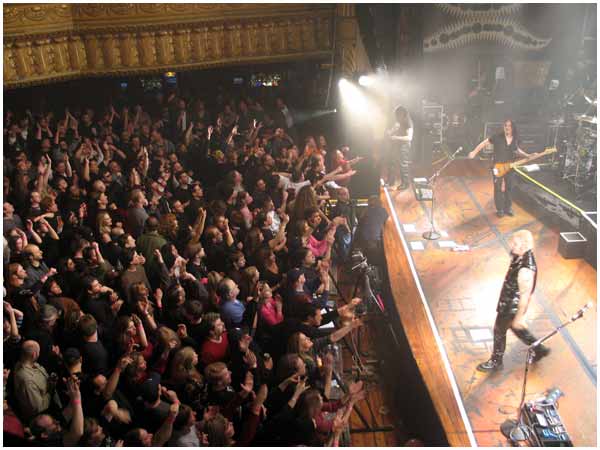 Ah, good stuff. A big part of me felt silly tonight, attending this concert. So much of Mindcrime is over the top, heavy-handed symbolism. But at the same time, a big part of me was reminded how into it I used to be, back when I was sixteen. Fully and utterly.

But as often as I felt silly (and, honestly, just OLD) listening to them perform again… a big part of me really enjoyed it. This music is tied to a very specific point in my life, and hearing it performed again live brought me back to that very specific time again.

And yes, for the record, I did wear the jacket.