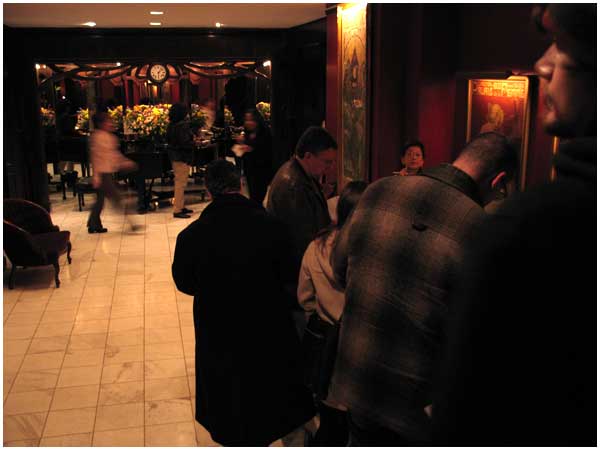 A few days ago, Justin mentioned a lecture by someone named Malcolm Gladwell. I hadn’t heard of him before, but when Justin recommends something (and he sounded very excited), I make it a point to listen.

Justin, Chris and I got tickets to go to the event. Originally, they were $20 a pop, but we were apparently too late. And so we got some overflow tickets for about $10, and got a seat in the next room. 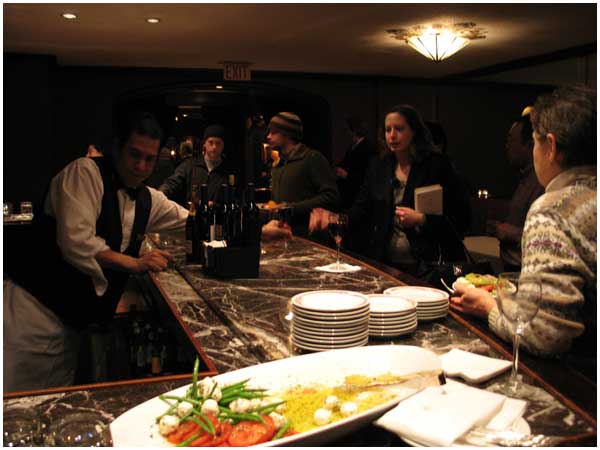 The interview was at a place called Maxim’s, and quite the fancy establishment. On walking in, I immediately felt a bit under-dressed.

The whole night, as I was walking around, I kept getting the sense that people were staring at me. I’m not sure if it’s my long hair, or if it’s the fact that I’m Asian… but there were several moments where I was tempted to say “HI THERE” really loudly, and ask if I could help them with anything.

Every once in a while when this happens, I worry that it’s some racial paranoia of mine. But I got confirmation later from Justin, as he felt folks were staring at him a lot as well. I guess we’re a bit scruffier looking than they’re used to seeing or something.

On the plus side, ticket price included free wine and an assortment of fruit and cheeses (and on several occasions, someone walked by with trayfuls of hors d’oeuvres. Awesome stuff. 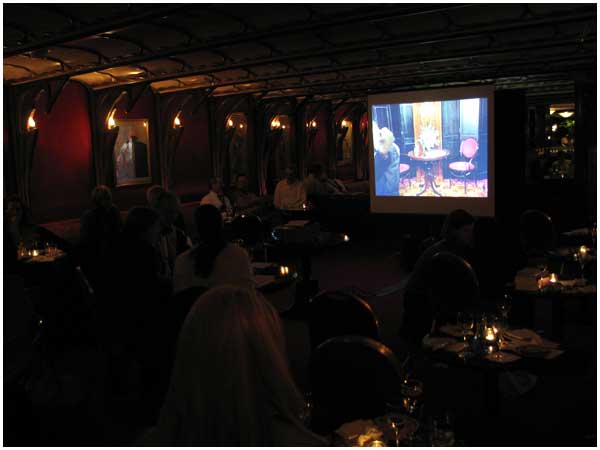 Being in the overflow room reminded me a lot of the Chuck Palahniuk reading. Even though we weren’t in the same room, it was very enjoyable to hear (and I didn’t feel too terribly isolated from the whole thing.

There were some interesting tidbits about Gladwell’s life and him as a person, but it left me wanting to know more about his ideas and theories. I was tempted to buy his book (partly because the talk interested me, and partly because he was doing a book-signing afterwards), but decided against it.

I feel like, were I better versed with Gladwell’s writings/ideas, I might have enjoyed this talk a bit more. Overall, it left me very intrigued with his thoughts, and I’m definitely getting his books off of Amazon soon. 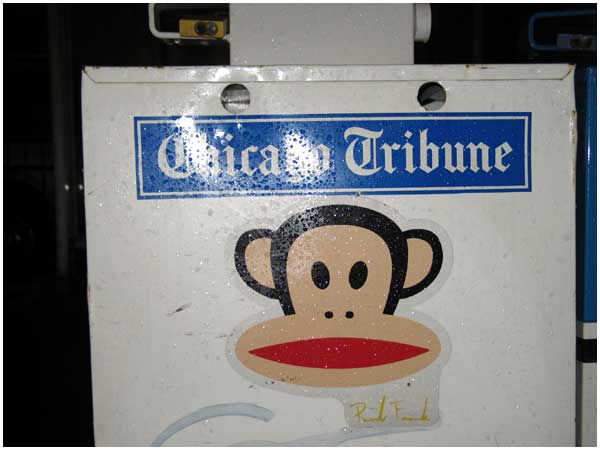 On the way out, I spotted this… monkey. And took a picture of it.

All part of the rich tapestry of what I do here.

And given the rather fancy shmancy event we just attended, snapping this pic felt like things balanced themselves out.

« Post-Game
I don’t really have pics »