Lasagna And an Interview 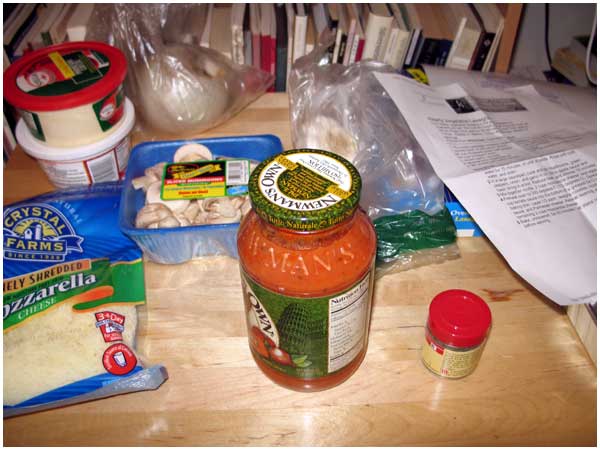 Chelsea swung by late in the afternoon yesterday, and we took a hike to the grocery store for some dinner stuff. She wanted to try out a new microphone, and needed someone (read: me) to do a mock-interview, so she could practice using it, getting the levels right, etc etc. She wanted some practice time in, before her interview with the Windy City Rollers on Tuesday.

In addition to the interview, we decided to make a mushroom/cheese lasagna and maybe watch a movie too. 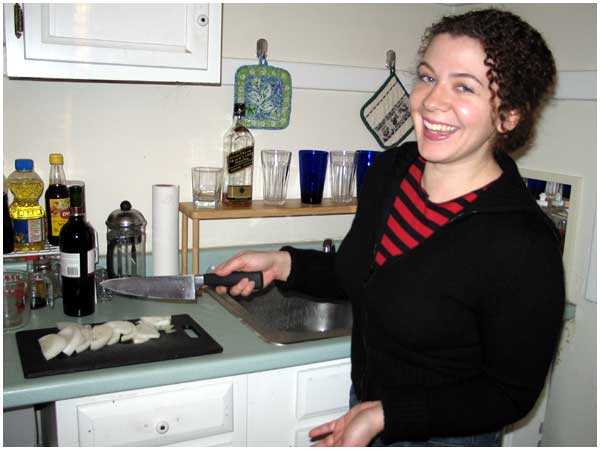 Chelsea, chopping up the onions. 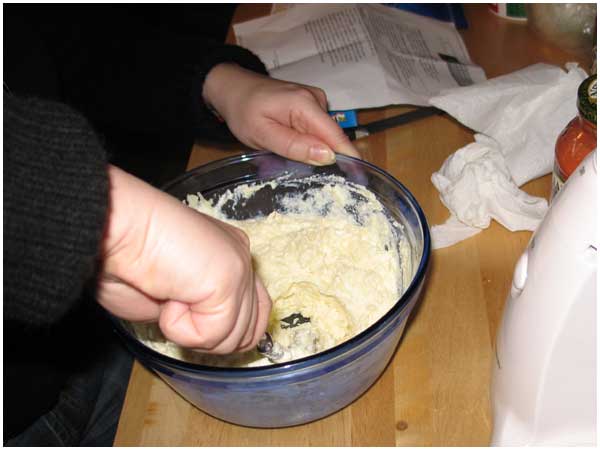 Chelsea, mixing the ricotta and mozarella cheese. At this point, I’d like to mention that I ended up having to walk to the corner store not once, but TWICE for supplies off the list that we didn’t get at the grocery store.

Hmm. I wonder who was in charge of the ingredients list. Hmmmm. 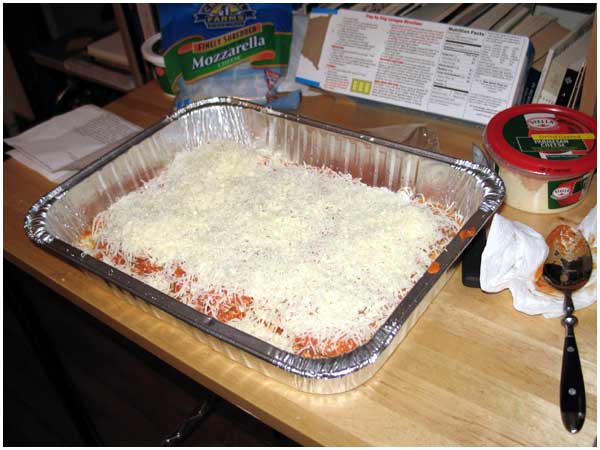 Just about ready. We tried out a non-boil pasta, and it worked out really well. It’s been a really, really long time since I’ve tried to make lasagna, and I’d like to give the regular pasta a go. 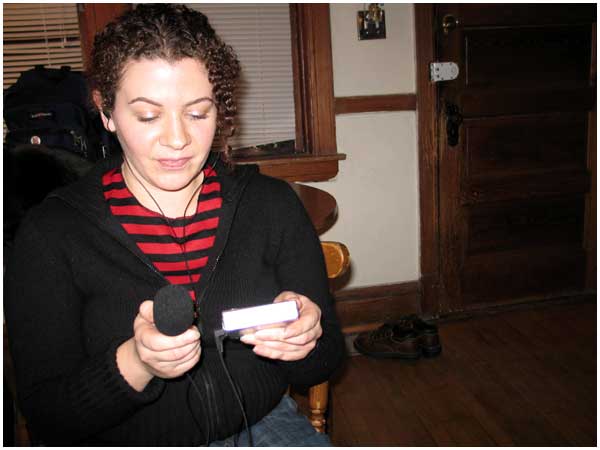 Setting up the minidisc recorder. While the lasagna was cooking, we took the time to set up and do the interview. Surprisingly, we didn’t do it over the table (something about the sound bouncing off weird), and so sat two chairs face to face. We also tried recording in the living room briefly, just to try out another space.

I thought this would be really quite weird but, after a while, I just started to ramble on and on. It was strange at first, but the instant I moved onto something I could talk at length about (graduate school, work, the blog, the sensory dep tank), it became immeasureably easier to babble away.

One neat thing I noticed Chelsea was doing was her actively trying to avoid interrupting me. In almost all the good documentaries I’ve seen, when someone’s being interviewed… the interviewer (if they’re good) will patiently wait until the interviewee “self-edits.” That is, they’ll say what they want to say, and then stop. And if there is an overarching amount of silence, the interviewee will typically say something else – typically a summary or all-encompassing statement. And more often than not, these final moments at the end of a story or explanation are what makes for a really memorable interview. 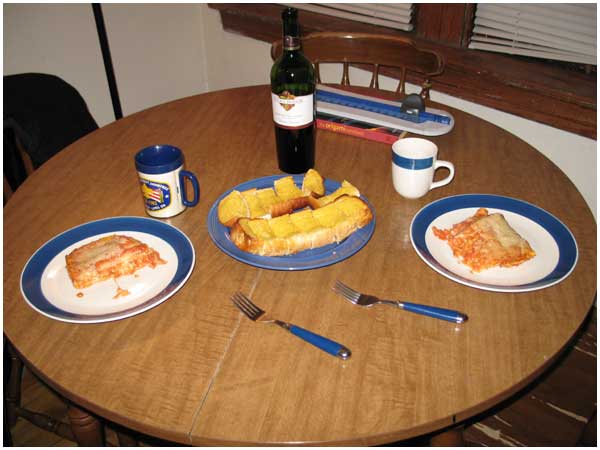 Dinnertime! After starting off for the store around 4:30PM, we finally got down to eating around maybe 8:30. Totally famished, but luckily there was a crapton of food. Lasagna aplenty, garlic bread, a bottle of wine and a cheesecake for desert (kinda went apeshit on the whole cheese thing). 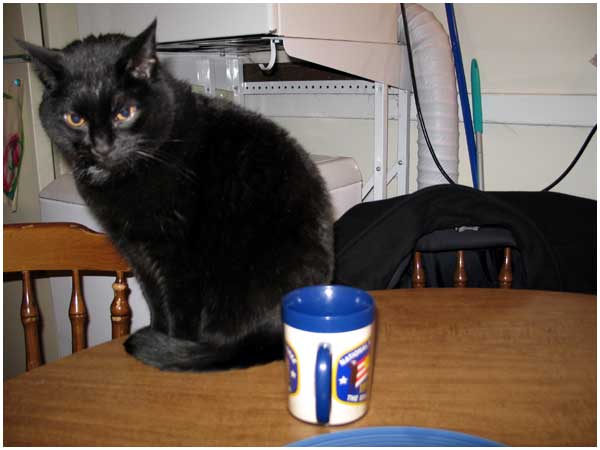 Harmony, who pounced up on the table and sat watching the food for a long time. This is her, moments prior to her attempt to bat at a piece of garlic bread.

After dinner, Chelsea and I talked a lot about movies we had seen (and I was going on and on about smoking for some reason). We got into the realm of horror movies too, and were a bit all over the place with movies and directors. From Halloween to Jim Jarmusch to Matthew Barney.

And, after kicking around art films a while… we decided to watch a few episodes of SpongeBob Squarepants.

« Cleaning
For those that may »