Some time after the Linkits commercial, our family got tapped to go do this thing for Wag’s – some sort of restaurant chain. I had never heard of it, but we drove to Chicago (I think), and got put up in a hotel for a night. This wasn’t just me this time, but our entire family. 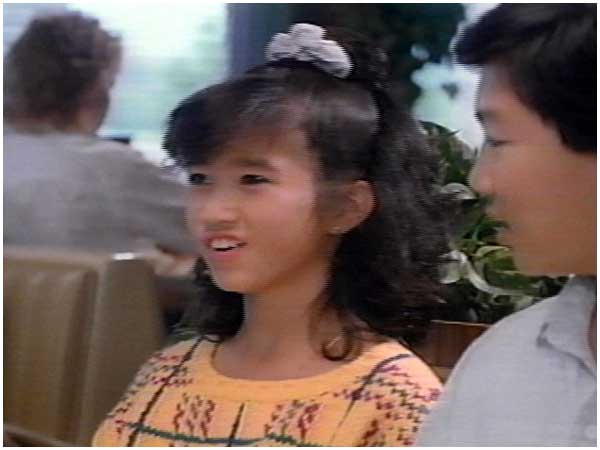 This was circa 1987, and Wag’s was introducing a new series of “Stir Fry” entrees to their menu. And, what better recommendation than to have a bunch of Chinese talking to one another (in Chinese) and ordering a few plates. Cue the Jung family clan, or “The Stir Fry Experts” as we were called.

In retrospect, this shit is so horrifically offensive and wrong in so many ways, I can’t even begin to articulate them all. On viewing this thing, I just crack up and I can’t stop laughing. It’s so absolutely terrible and wonderful, all at the same time.

At the start, my mom is speaking Cantonese (she’s saying “Oh, I’m so very hungry”). The whole time, they were asking us to speak Chinese to one another, as they filmed. We were pretty on topic most of the time, but on occasion my sister and I would throw out some crap like “Wow, that guy over there is pretty fat” or “Did you see that ugly lady in the corner booth?” I’m a little sad those lines didn’t somehow sneak into the final version.

I’m only fleetingly in this commercial, as everyone else gets way more airtime. My sister is probably going to kill me for posting both this commercial and the screen shot, but I have to say my favorite part of this whole thing… is her hair.

While they allowed my dad to keep his glasses, they made me and Stacey take ours off. I’m not sure why. Perhaps the resultant squinting made us look more like authentic asians.

Oh man, this is a great commercial. LOL. Even if they tried, I don’t think they could fit any more “gong” hits into the background theme music.