About a week ago, I ran into my friend Matt (aka Tha.Riddla) as he was en route to compete in the United States Barista Championships. Well, guess what? 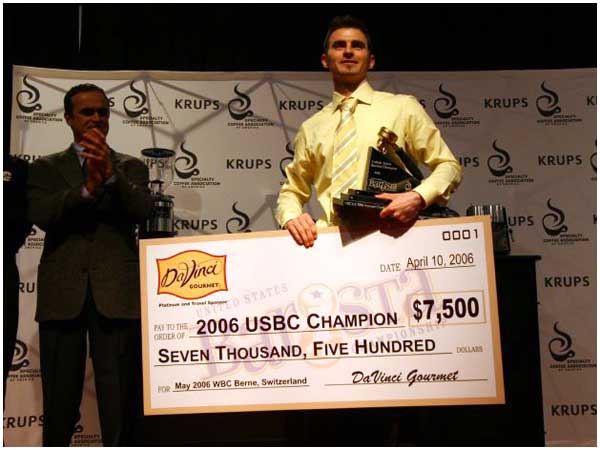 As is evident by the oversized check… he fucking won!

Ahhhh, awesome! He posted an update on Twelvestone, and is currently in New York. I guess earlier this morning, he was interviewed on ESPN2’s Cold Pizza. And, in a month and a half… he’s off to Berne, Switzerland to compete in the World Championships. Amazing!

« Not an insurance company
On the (different) way to work »