The Best Barista in the United States

Earlier in April, my friend Matt (aka Tha.Riddla) went to go compete in the 2006 United States Barista Championships… and won!

Since then, Intelligentsia has opened up a new store downtown. To help celebrate their opening day, Matt was there to serve coffee drinks on-site. I was bummed I missed it (I forgot until about 4PM), but was happy to hear he was doing an encore.

Today, from 8 AM to 1 PM, Matt was back on site… and bunch of us went to go get served by the best darn barista in the United States. 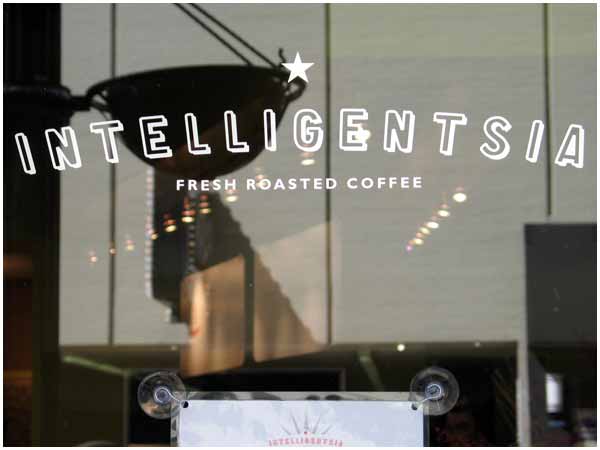 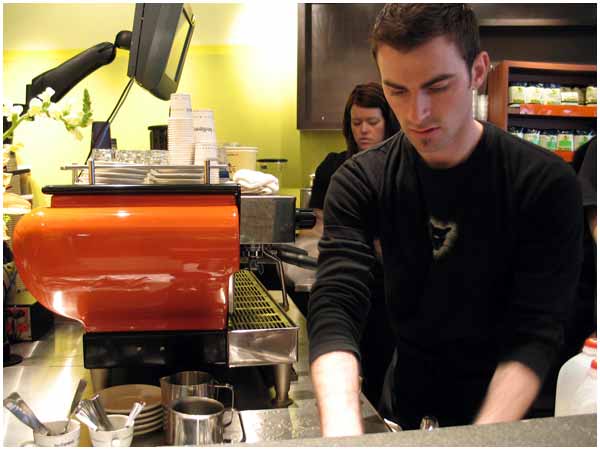 Matt, working hard behind the counter. 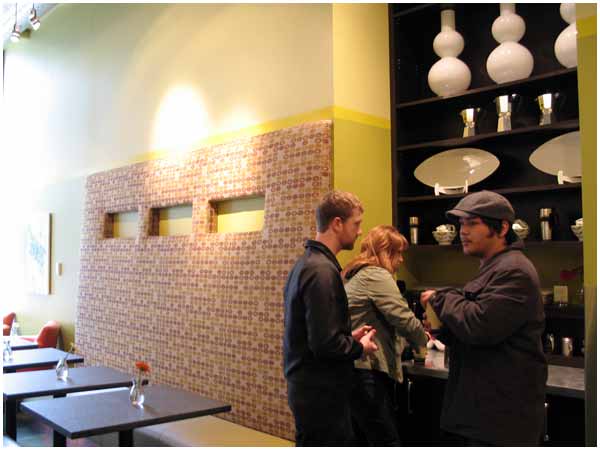 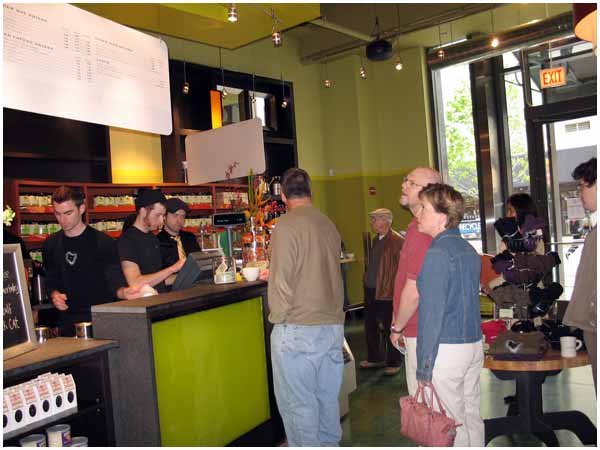 A shot of the interior. 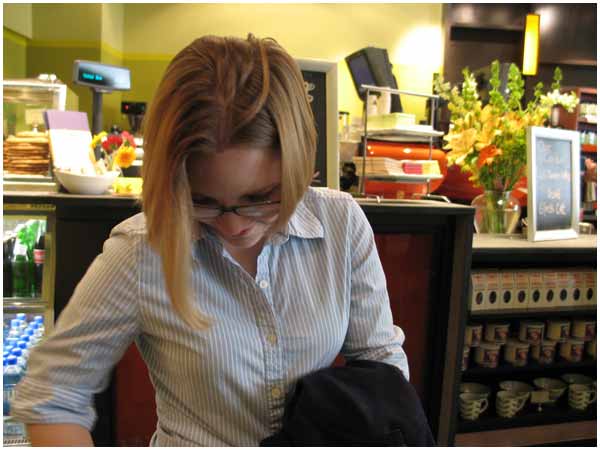 Liz also joined us for a quick coffee, as this was sort of half-way between our workplaces. 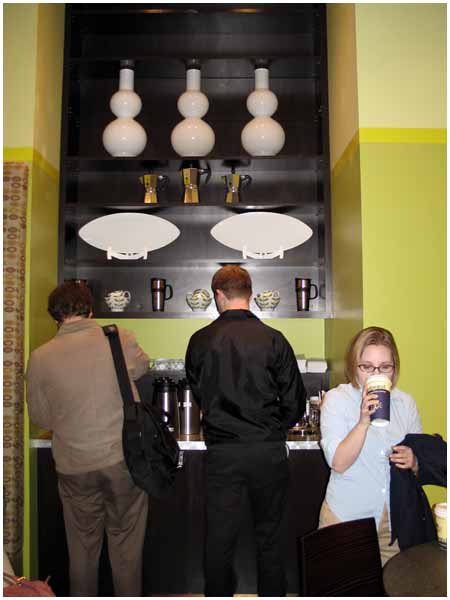 The interior of the place was really quite slick. Chris noted that the chairs were from Design Within Reach and likely cost a pretty penny.

Below is a brief video of Matt making my drink. Note the guy to the right – it’s his first day on the job. When Liz and I tweaked our order, he ended up having to get someone to help him “reset” the register. Poor guy – you could tell he was a bit stressed. And also, he mis-heard me pronounce my name and listed me as “Phil” instead of “Felix.” 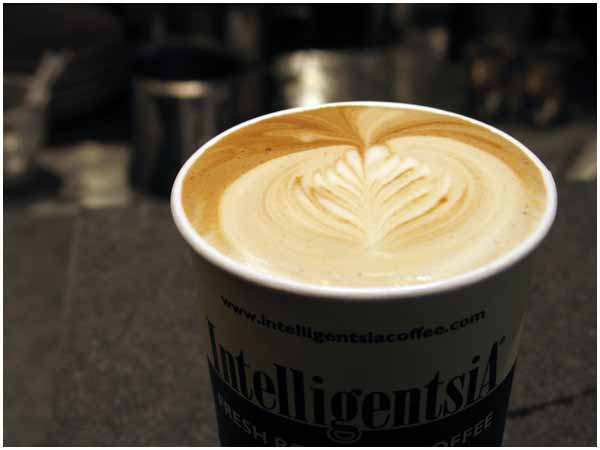 I ended up ordrering a mocha. Check out the cool pattern in the foam! No wonder he won – I didn’t even realize stuff like this was possible. 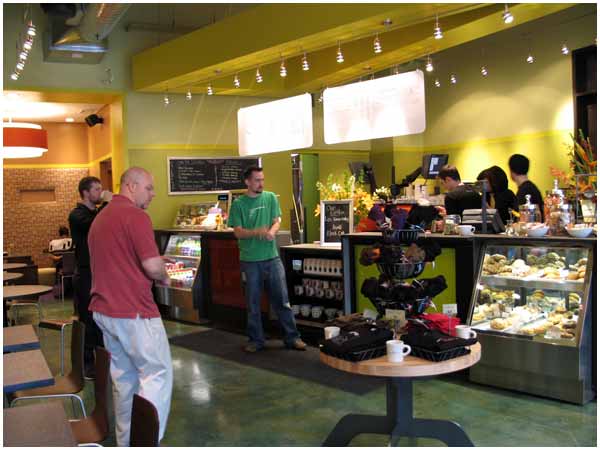 View from the entrance, looking in. 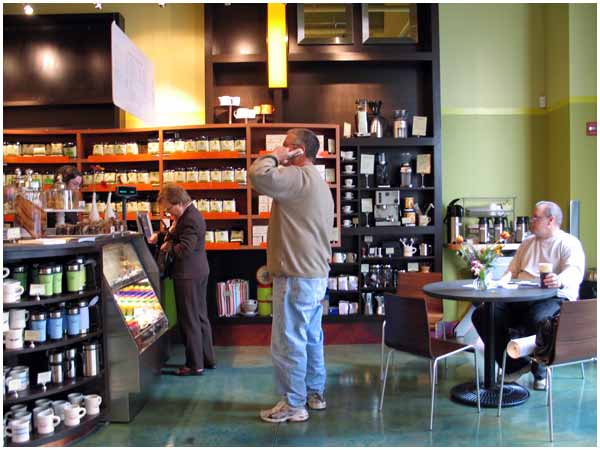 View from the entrance, looking to the side.

The whole layout of the store seemed pretty smart to me. Lots of room for foot traffic near the door, and a decent amount of tables snuggled against the wall. The shape of the place, from the door to the back, gave you the feeling like it slowly tapered in. So at the front – it feels quite spacious; at the back, it feels cozier, private, a bit more secluded. Cool layout. 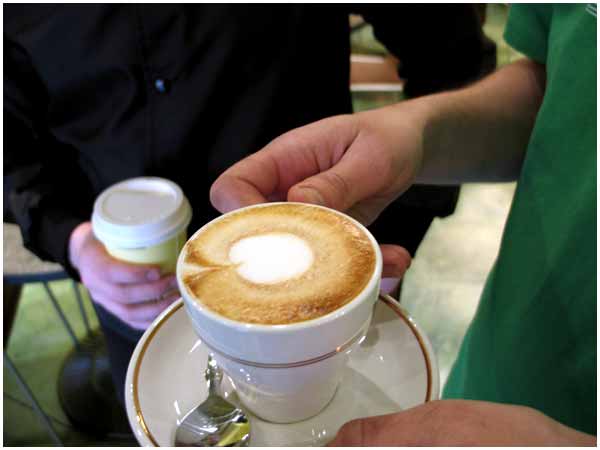 Ben got a small cappucinno – again, check out the foam work.

Fun field trip this morning, and a great way to start the day. It’s been a long time since I’ve seen Matt, and it was good to see him do his thing, working the espresso machines.

For those that might be interested to see what Matt’s life will be like, in the coming year… check out his newly-launched blog. I’m sure that, with all the appearances that he’ll likely participate in, there will be tons of photos and cool stories in store. Especially when he goes to Switzerland to compete in the World competition.