While at Rotofugi, we were joined by Ben’s wife, Laura, and Justin’s friend Chris. A bunch of us then headed over to Intuit Gallery to see a pretty fantastic double bill: Found Magazine and Frank Warren (who runs PostSecret)!

As many of you already know, I’m a huge fan of Found Magazine, and I’ve been taken with PostSecret ever since I learned about it. Seeing both together tonight was an awesome opportunity – and a ton of fun.

At Intuit, I met up with Liz (who was meeting me after her shift at C&B), as well as her roommate Lisa. When we arrived and peeked in to the room where the show-and-tell was to take place… it was packed. Solid.

I pushed my way near the front, and then was joined by Liz shortly afterwards. Then, as luck would have it, we spotted Lisa sitting on the floor, near the front. And so Liz and I wedged in next to her. Allison was able to get a seat on the floor off to the side… and after catching her eye, we were able to clear a spot next to us so she could sit closer. 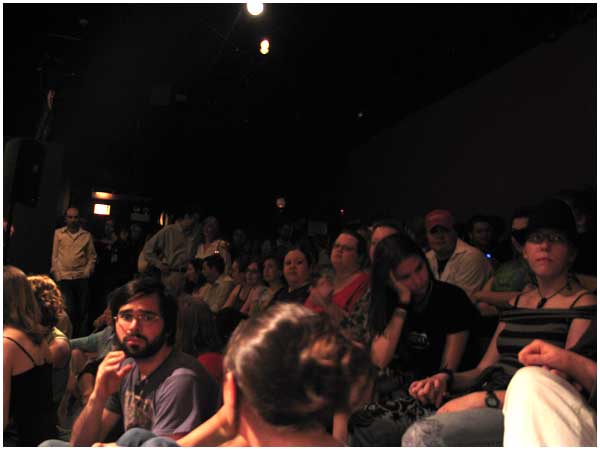 To our immediate right. 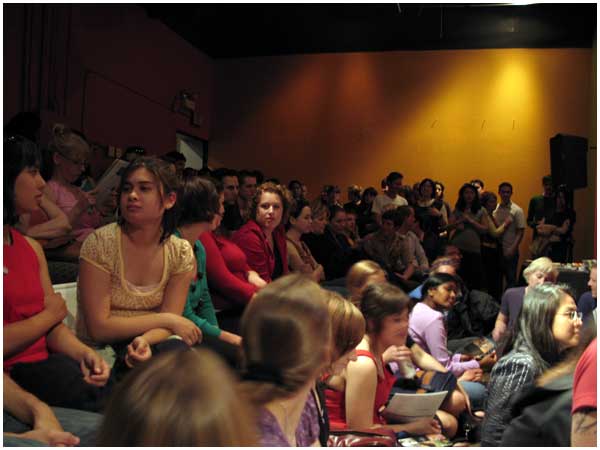 And to the left. I told you this place was packed. 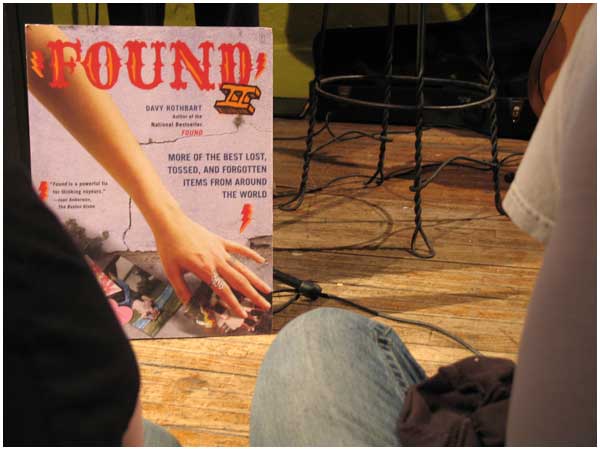 Found is currently on tour to promote their latest collection: Found II. Take a peek at their list of cities, and definitely catch them if you can.

And just so you can get a taste of what it’ll be like, here are some clips from the event: