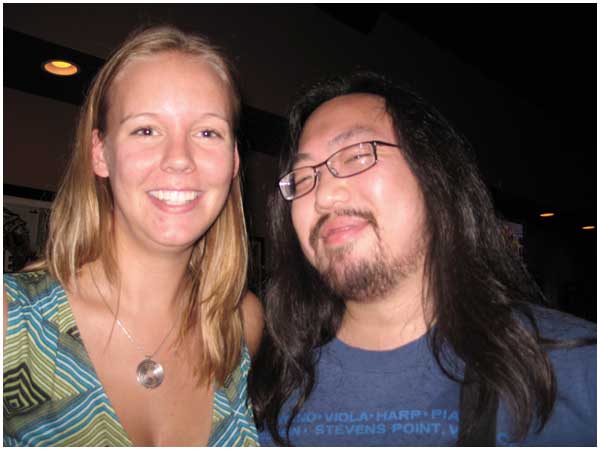 After the game, I stopped over at Liz’s and the two of us made our way over to High Dive on Chicago. I don’t frequent Chicago all that much – but High Dive was an interesting place. Nice interior, and pretty deserted for a Thursday night.

We were there to say goodbye to Anne, who recently completed all her classes (and the rigorous examinations that ensued). Anne’s moving out near San Francisco on Monday, and I wnated to say goodbye in person.

I first met Anne at a birthday party almost a year ago. And while we talked some that night, we really hit it off a few months later when we got talking one night at Clubfoot. Since then, it’s sort of felt like we’ve known each other a long time – even though we haven’t.

It’s been a busy spring so far – and though I’m wishing I would have made a bigger effort in hanging out before she left, I’m happy I got to say goodbye in person, and have one final drink.