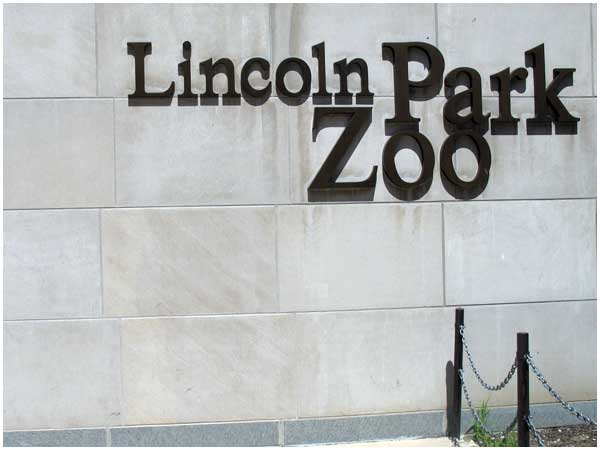 Entryway – Lincoln Park Zoo. I should mention that Liz let me drive her Vespa today (I drove to breakfast, and to the zoo). Lots of fun, as we left North Ave due to traffic and zipped up some side streets. 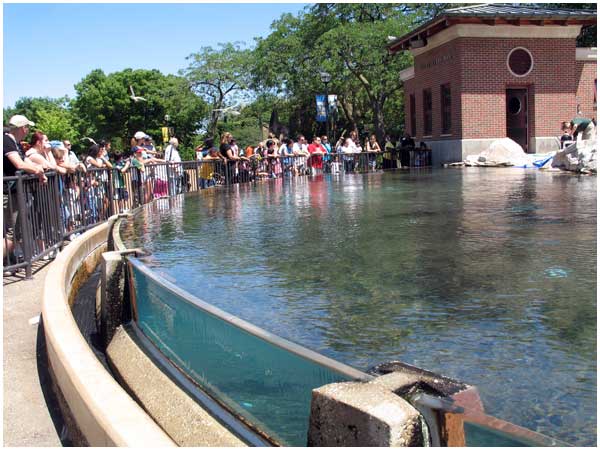 The Seal tank. One of Liz’s favorites, we hung out here a good long while. Truth be told, I could have spent several hours here, just checking them out. 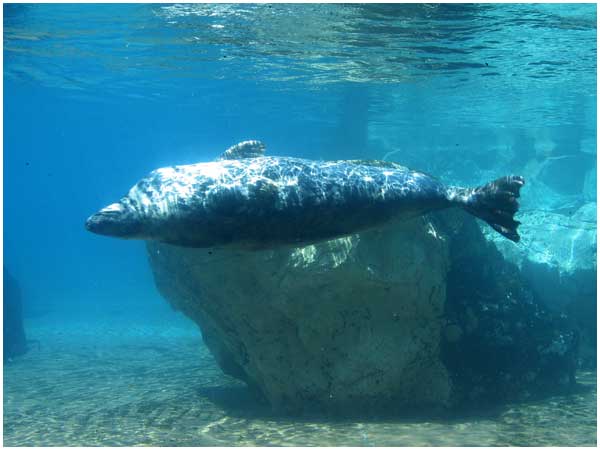 In addition to the top ringed area, you can go underground and view the seals too. Pretty awesome, and a great view.

Each time they’d go by, they were swimming upside down. Half the fun to me, was listening to the kids who were all freaking out whenever a seal would whoosh by. 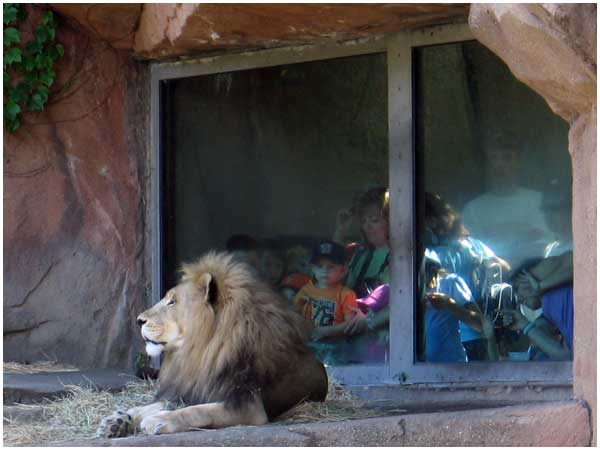 Lion, resting. As I was taking photos, Liz asked me why I wasn’t zooming in more. Truth be told, I hadn’t used my digital zoom all that much – but I’m happy with how some of these photos came out.

This was a cool part of the lion’s environoment – you could go up against the glass and get super close. 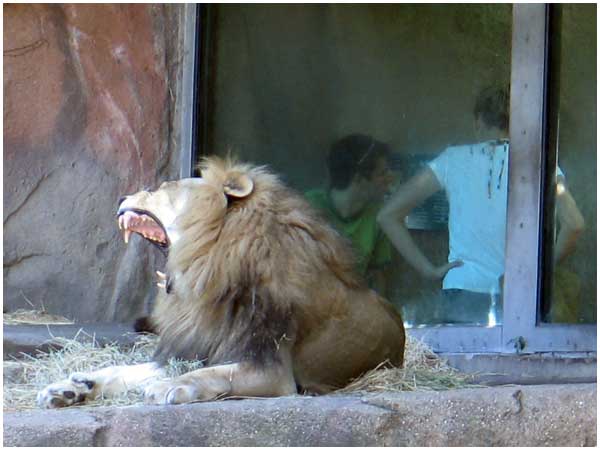 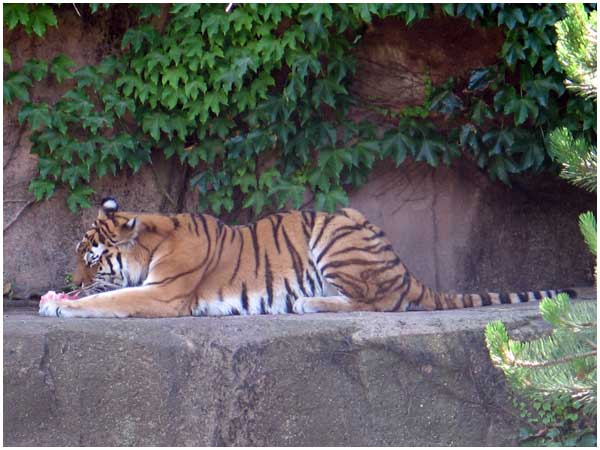 Tiger, having a late lunch. 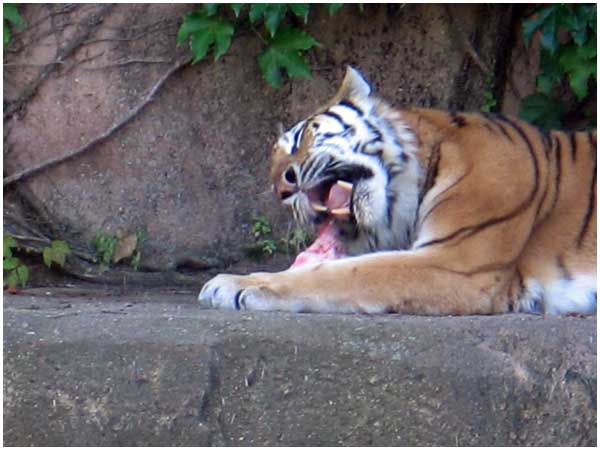 He was taking his time… 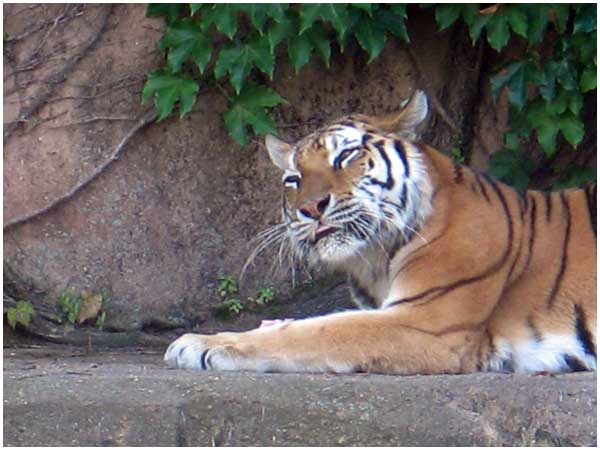 This was kind of cute. 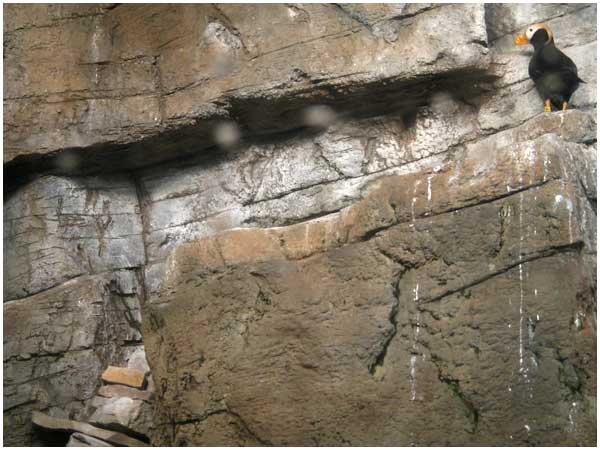 This was in the Penguin/Puffin house. Not sure what this guy was – sea bird perhaps? 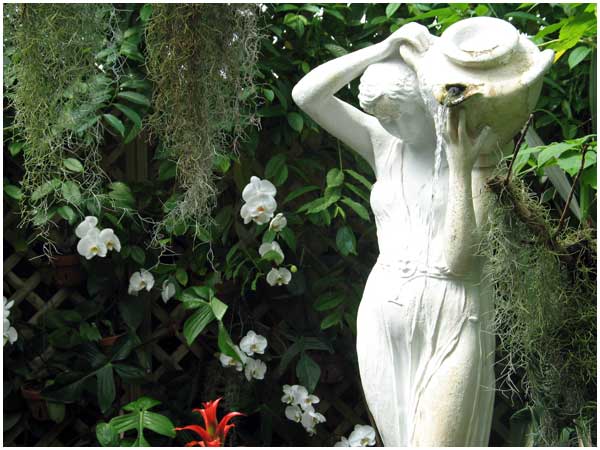 Inside the greenhouse, checking out some of the plants.

A lot of what I saw in here reminded me of my trip to the Franklin Park Conservatory, last October. 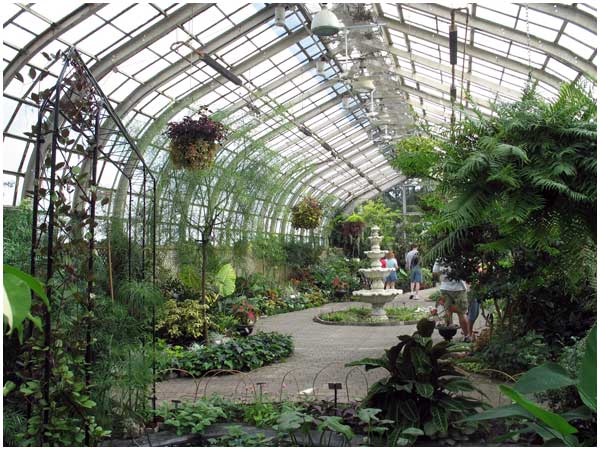 A great interior spot – a walkway between sections. 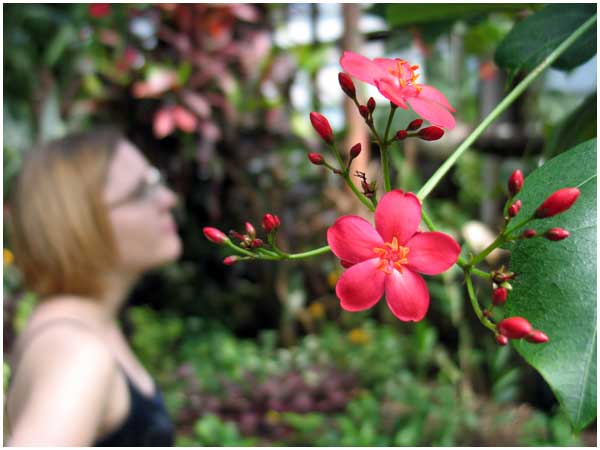 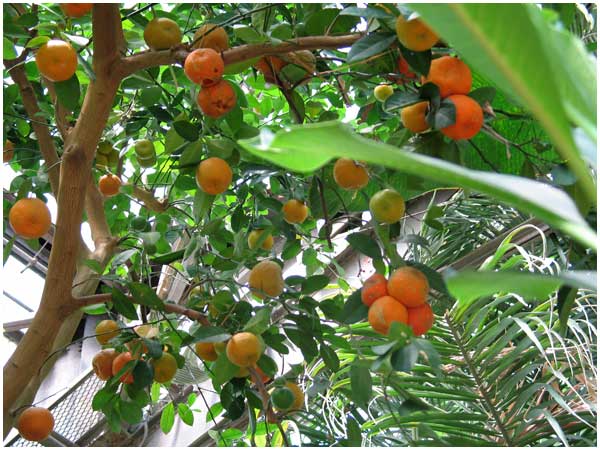 Sour oranges (the sign said this, I didn’t try one). In hindsight, I wonder if they labelled them as such, to prevent people from trying them. 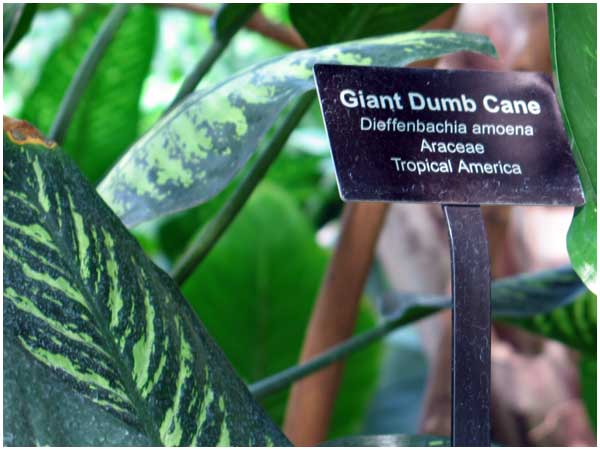 Proof that yes, even botanists sometimes hate their jobs and do things really half-assed. 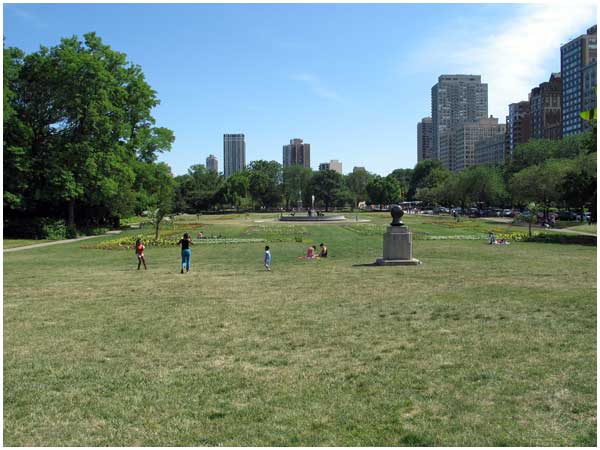 Open field, near the greenhouse. Liz brought along a blanket and some wine, but we never ended up using it. We spent most of the day walking around, and we still didn’t see all of the zoo before we left. 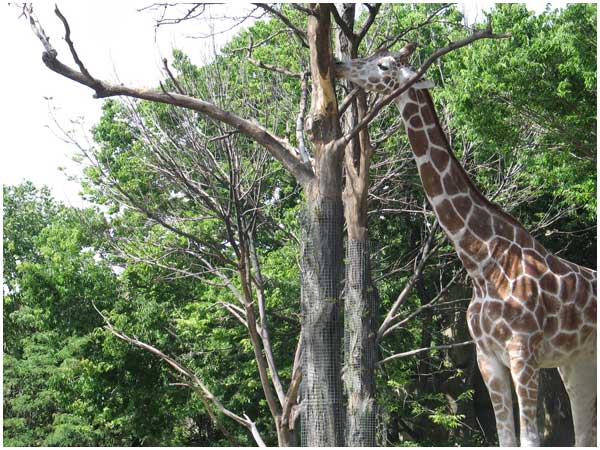 Giraffe, nibbling away at some bark. I was really taken by them, and seeing them in person was very awe inspiring. In your head, you know that they’re big, but you don’t realize just how big until they see them in person. 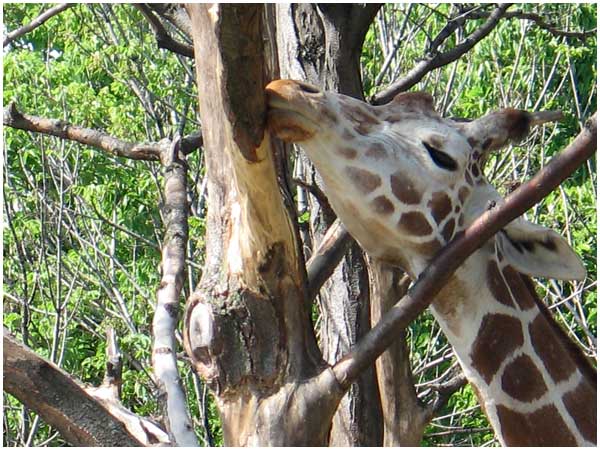 The zoom on the camera pays off. 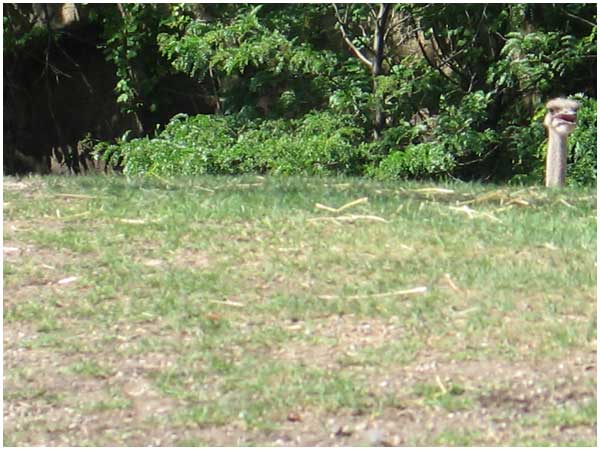 Mr. Ostrich pokes his head out. 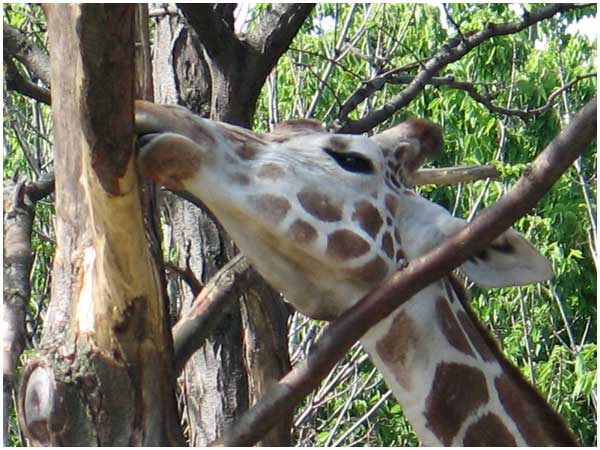 Another zoom shot. I kept trying to time it so I could catch some giraffe tongue. 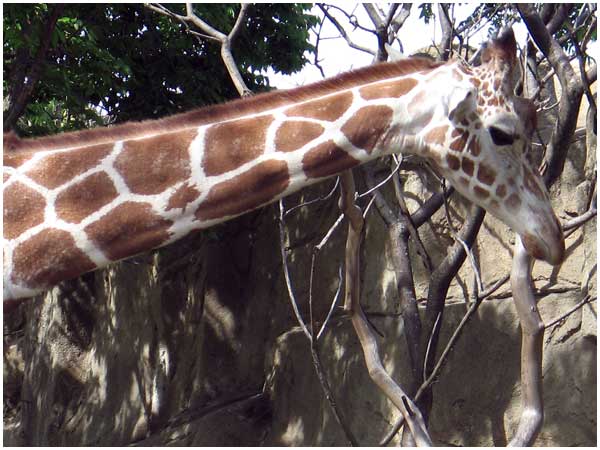 In this area, they had two giraffes and two ostriches. Though there was a small pool of water near the fence, I’m convinced that the giraffes could have easily come closer and stuck their necks out over the fence.

And I was sorta hoping they would.

They really do look more fearsome in person. 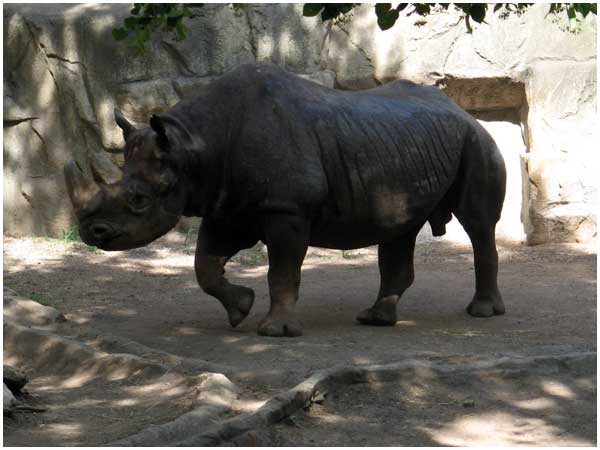 Rhino. If memory serves, their horn is made entirely out of… hair? I think that’s right. 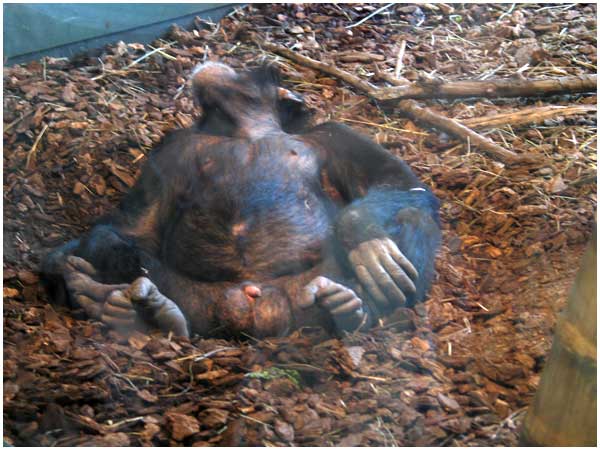 This monkey got pretty comfortable for his nap. Gahh! It’s just THERE, and you can’t look away. 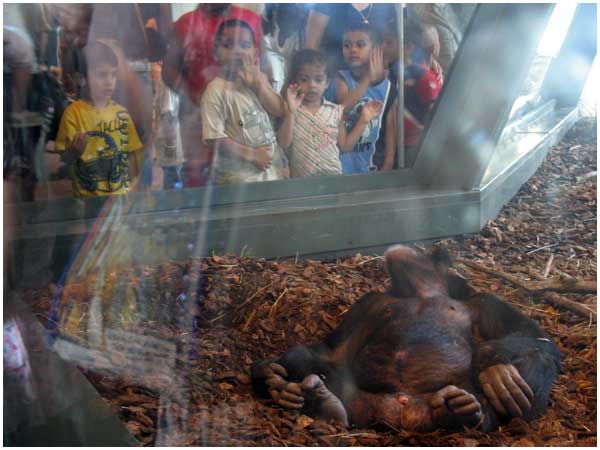 And of course, the kids got a little show.

Fun day out at the zoo. I’ve been here before, but that was all pre-blog, so I’m happy I had a camera in tow. Liz was a great sport about me pausing to photograph/record things along the way. I got to eat Dippin’ Dots (it’s been even longer since I’ve done that).

A great day, all told. Saturdays were meant to be spent like this.

« Meeting Me for the First Time
Updates! »