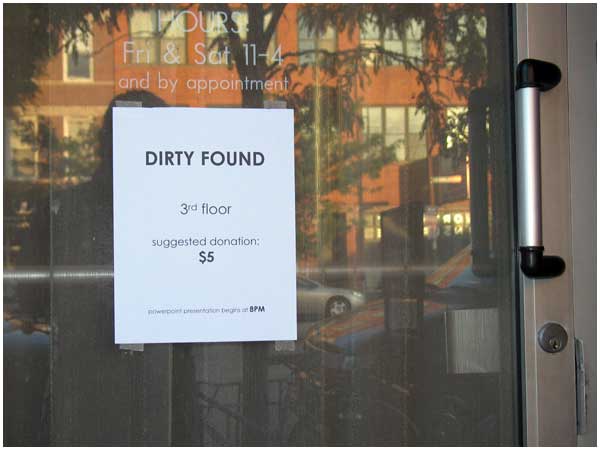 Tonight there was a Dirty Found show at Corbett vs. Dempsey,which Liz and I attended.

It’s been almost two years since my last Dirty Found show, so this was a nice chance to actually spend more than 5 minutes in attendence. 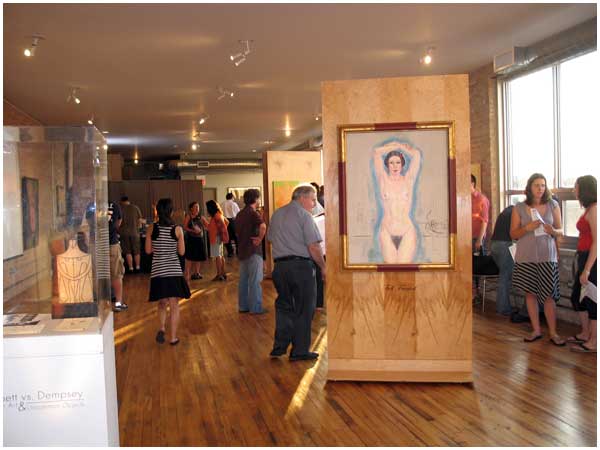 Interior shot, entrance. Julie was working the front door, and I felt a bit awkward – we hadn’t really talked all that much, and I wasn’t sure whether smalltalk was all that appropriate, since she was technically “working,” so I kept kinda quiet. I feel bad, in hindsight, that I didn’t say something more. 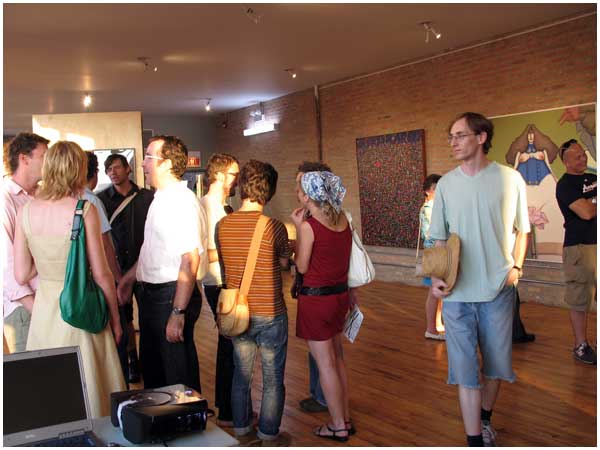 Strangely, I happened to notice that one of the guys (and one of the owners of the gallery) is a guy named Jim Dempsey – who I first met more than 2 years ago, while attending a film at the Gene Siskel Film center. I find this fact fascinating (and weird) – that, and the fact that I have a photo from the first time I met him, to boot. 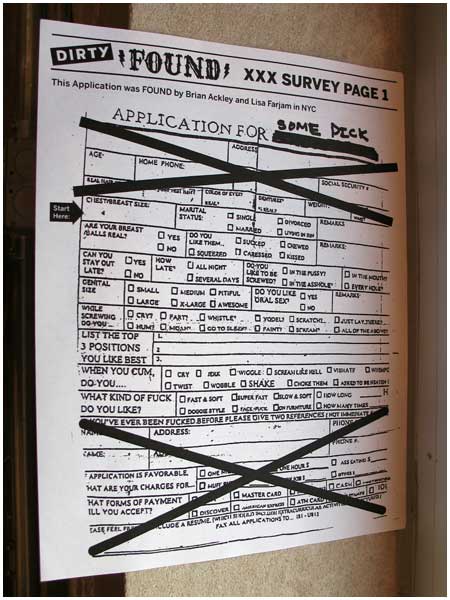 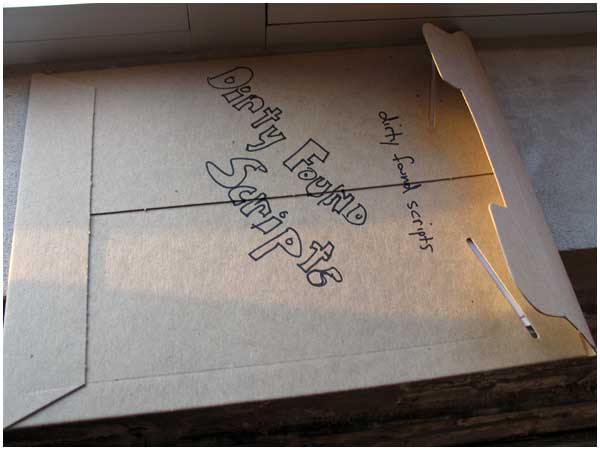 Look what I found!! 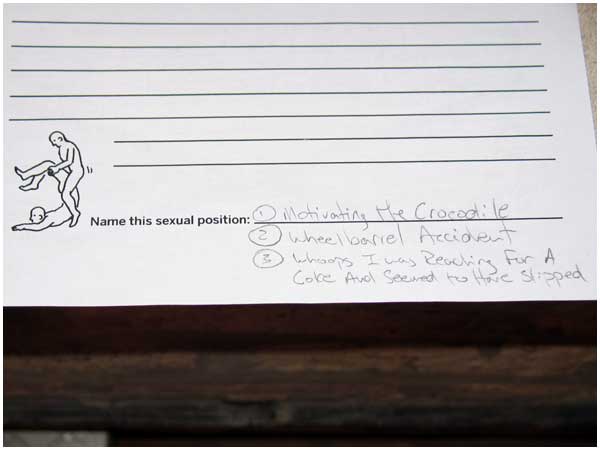 On the back of the survey, there was an illustration that one of the event coordinators created. Guests were asked to provide a name for this new sexual position.

After the show, I thought that it might be neat to try to compile all of the names/suggestions, and create a little online Flash component for the website. Note to self: talk to Jason more about this. 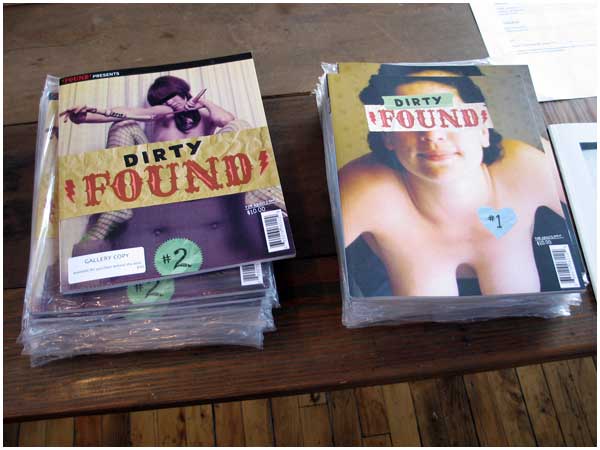 New issues, wrapped in plastic (but of course). 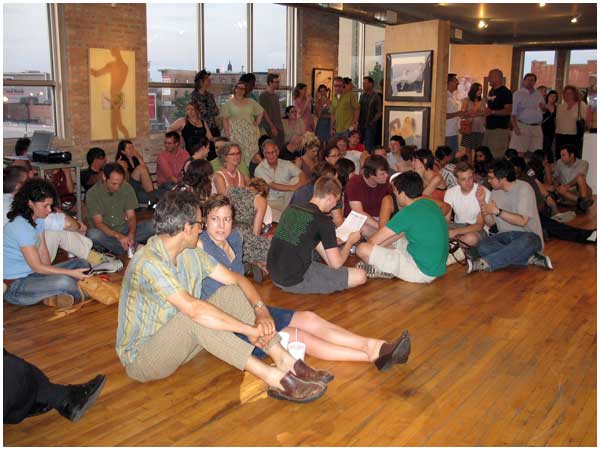 Crowd show, shortly before the start of the presentation. I spotted Tori here as well, and we waved to one another. Again, in hindsight… I’m sorta wishing I would have been a bit more talkative, but all I did was wave. 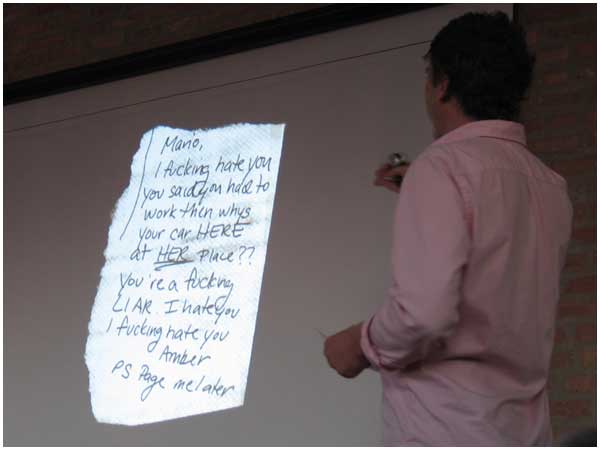 Jason, showing off the very first find that started it all… 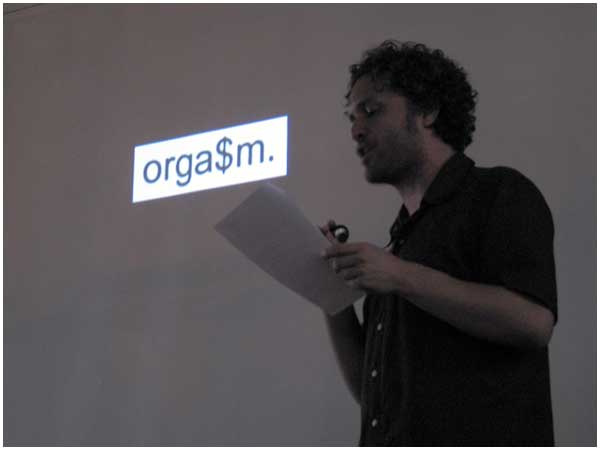 The entire “show” was done in a mock PowerPoint presentation style, to great effect. I took a few video snippets (below), which I hope you’ll enjoy. Remember that this is Dirty Found, so if you’re at work… maybe you want to turn those speakers down, just a touch.