One Book, One Chicago

After work, Liz called to see if I wanted to go see an exhibit at the Downtown Library. It was a gallery of custom-made books for One Book, One Chicago.

I had a bit of a stick up my butt, and initially didn’t want to go out. But, after taking a step back… decided to meet her, and to take a look around. Deep down, I knew it was something I’d enjoy – but I just wasn’t mentally ready to actually go out anywhere. Me and spontenaeity – not so good. While I’m trying to get better about that, I’m realizing just how much a creature of habit I am. 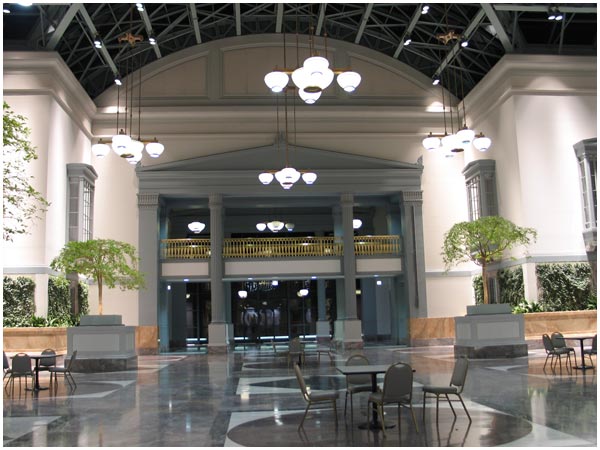 A quick train ride later, we’re inside the library heading up to the 9th floor. I’ve been here a few times, but never up here. Holy crap! This was some kind of amazing mezzanine, something I had no idea even existed! 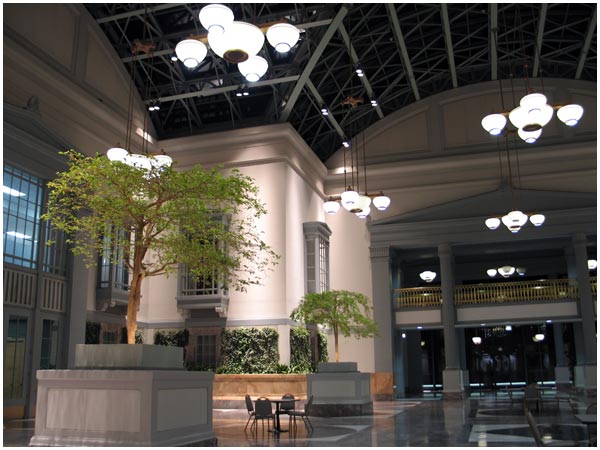 Spacious as all get-out, too. I need to remember to come here in the future, if I ever want a great place to read or study. 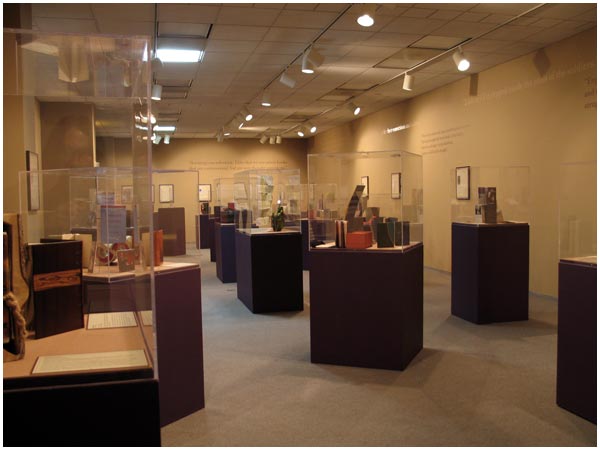 Inside the gallery area, a guard saw me with my camera and told me no photographs were allowed inside the exhibit. I’m not entirely clear why, but I complied and kept my camera in my bag.

After browsing around for 20 minutes or so, I couldn’t resist, and broke out the camera. While I wanted to take photos of each and every one… I opted for just a few quick shots. The display goes through until April, so swing on by for a closer look. 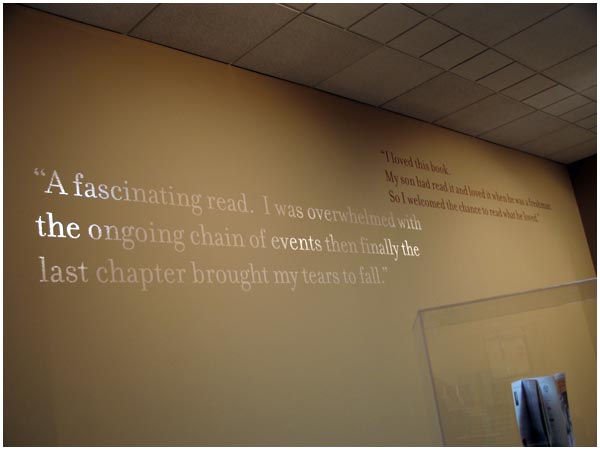 The room was pretty small, but there were some great quotations along the walls. Reading these really had an effect on me – it felt like I was surrounded by other voices who also loved these books that were on display. 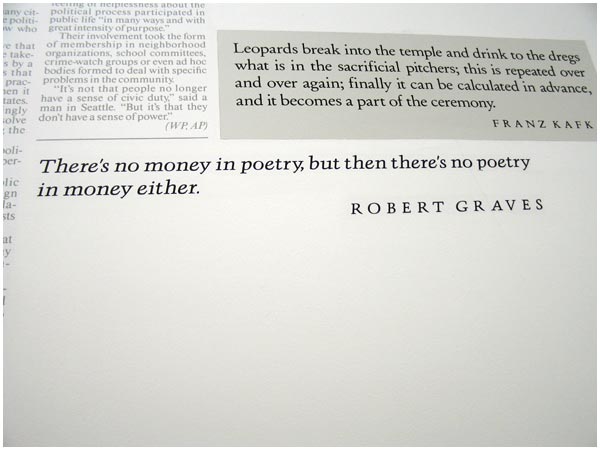 I like the sentiment. I’m also reminded of the phrase “Drunker than a poet on payday.”

View from the escalator, 4th floor. 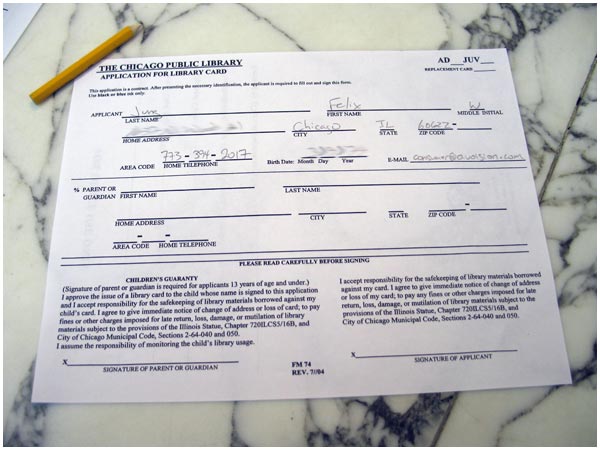 All this time I’ve been in Chicago, I’ve yet to actually apply for a library card. Partly, it’s because I like to own all the books that I read. And partly it’s because I haven’t really done much research, lately.

But, since we were here, Liz and I decided to get our cards. For the time being, I can only check out five items at a time. But once I get past my initial trial period, I can check out up to 30 items at once!

Once we’re at the new space, I’m sure I’ll definitely be making use of this card more.

« Steph @ California Clipper
We liked holding hands, even in winter »