Swung over to District 13 Gallery this evening, to see Bryan and some of his work. I originally thought that he had some of his solo stuff up – but turns out, it was more of a collaborative thing. He and 18 other artists all did collaborative pieces, and had a big group show (complete with DJ).

When we showed up, the place was crazy packed. It took a good while to battle through the crowd to the back area, where we found Bryan hanging out. For most of the time, we slowly worked our way around, looking at the pieces and pushing our way through a throng of bodies. 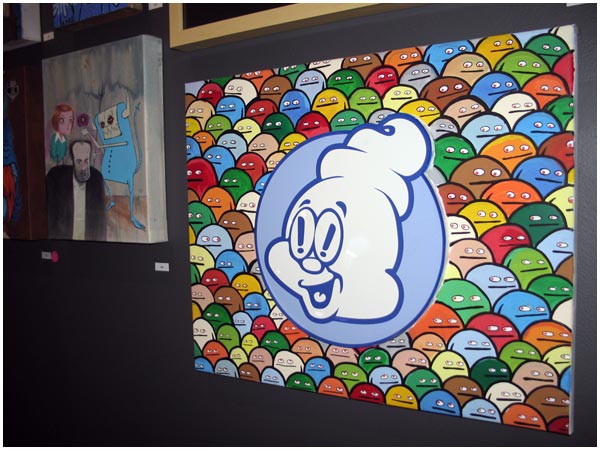 It was neat to look at each piece, trying to figure out how many people were involved. I could spot Bryan’s influence on some pieces, and recognized (slightly) a few other guys. Neat stuff. 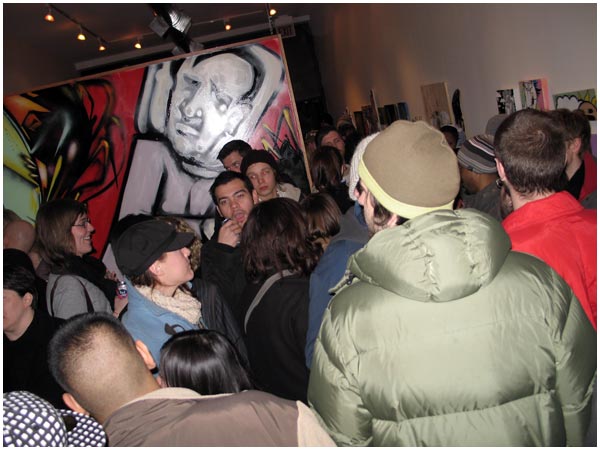 A random shot of the crowd, taken near the back of the gallery. 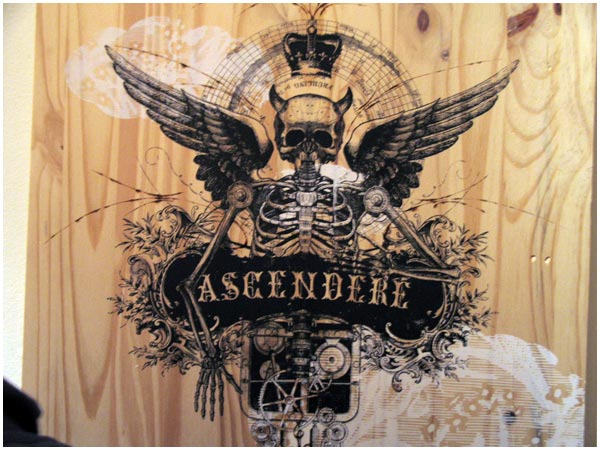 I liked this a great deal. Not necessarily my thing, but I loved the detail and the lines. 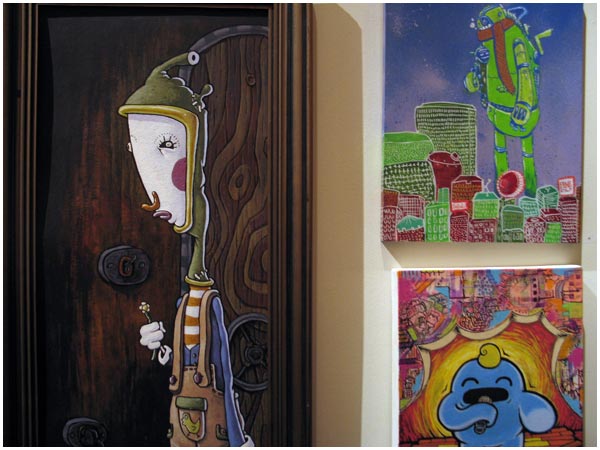 I’m very fond of the one on the left. I’m not sure why I was so drawn to it, as it kind of creeps me out. But that’s kind of why I like it too.

Shot of the crowd, near the entrance. 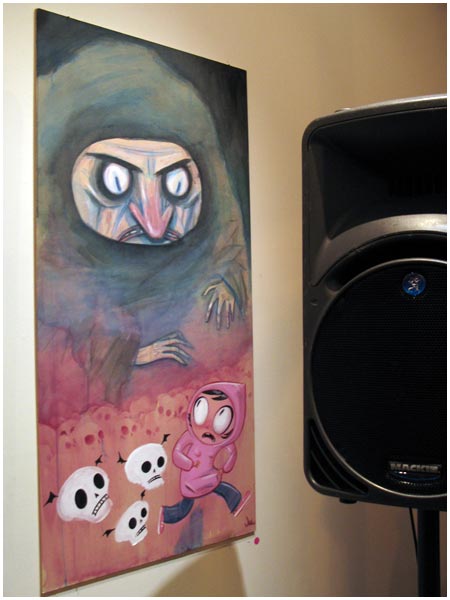 This was a cool piece, although it’s position near the speaker made it nearly impossible to view for very long. 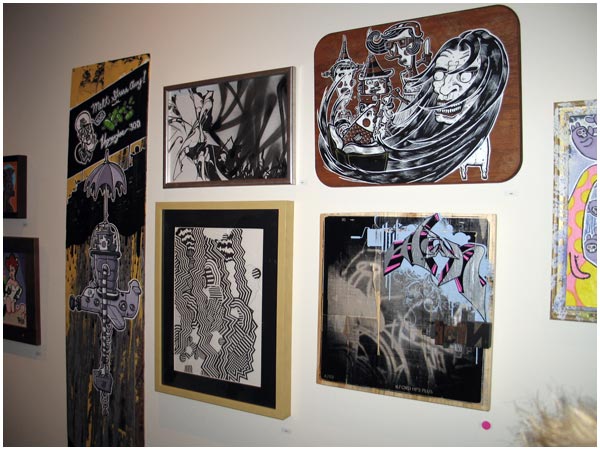 Pushing through the crowds, it was tough to far enough back from the wall to get shots like this. 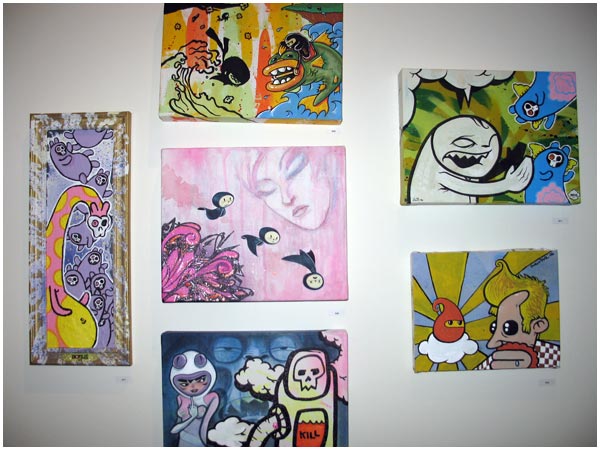 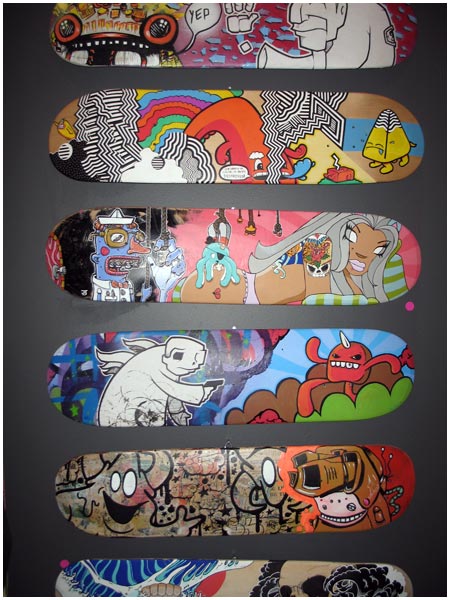 Skateboards. I tried to get a few closeup shots, but they all turned out kinda blurry. 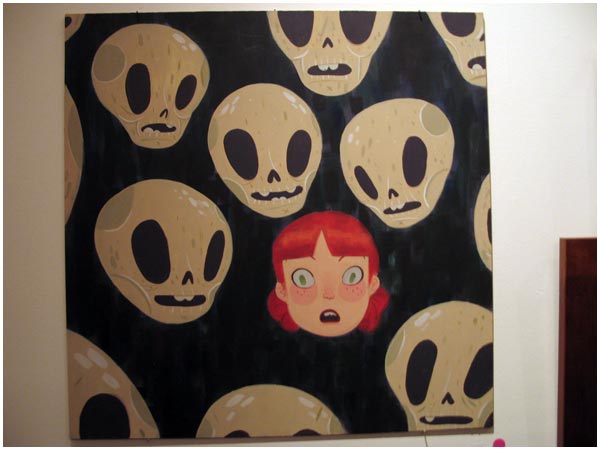 Liked this one as well. The skulls seem almost playful.

We didn’t end up staying too terribly long (the room was loud and crowded, and not really condusive to conversation). We chatted with Bryan briefly outside before we left, while he was taking a smoke break. By the time we had left, they had sold a few pieces already. I take the large crowd as a good sign, and hope they sold many more after we left.