After work, Liz, Jake, Lisa and I all loaded up my car and headed up to Wisconsin to the Richard Bong State Recreation Area, for a weekend of camping.

I should note that, at the onset of our trip… I was not at my best. I had come down with this particular ailment, what those in the medical profession call “having a stick up one’s ass.” I was Grouchy McGroucherson for most of the ride up, and didn’t really get that stick removed until we had set up camp.

The week prior, it was a bit up in the air whether we would be camping or not. I realized that, as a matter of control, I didn’t respond all that well to not being in control (and not knowing the details of what was being planned). I like to prepare beforehand, and I tend to get antsy if I don’t know what’s going on.

Leading up to the weekend, I learned a good deal about myself: how much I like to plan, how difficult it is for me to relinquish control and let someone else dictate the course. I knew that, once we were settled in… I could stop worrying about the details and the specifics. But up until that point, I felt pretty tense and stressed.

I knew, going in, that I’d have a good time this weekend, despite how I felt prior to. I’ll have to make it a point to remember how agitated I got, and remind myself that it’s ok to let someone else set the course. In fact, Jake did most of the work this weekend, as it was his gear and supplies we relied on. Even had I wanted to do more, Jake was the seasoned outdoorsman, and took care of 90% of everything while we were in the woods. 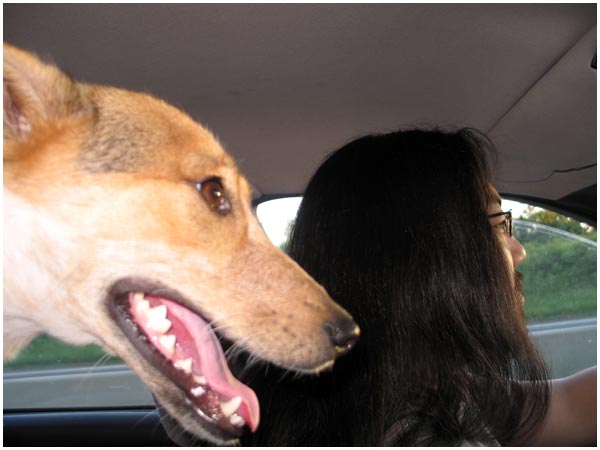 Tus, looking to get up front, where the action is. 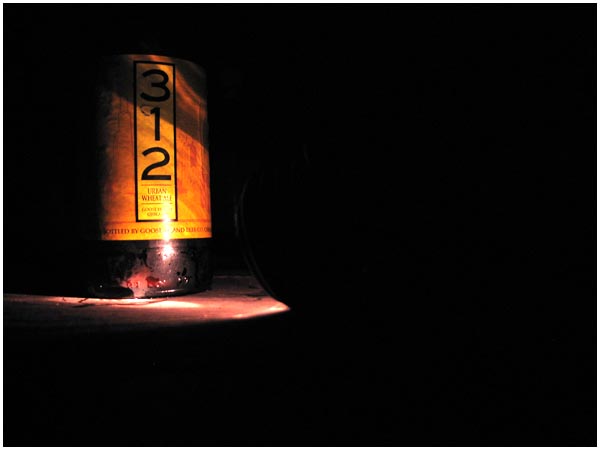 With a campsite number like 312, this was the only beer to be drinking. 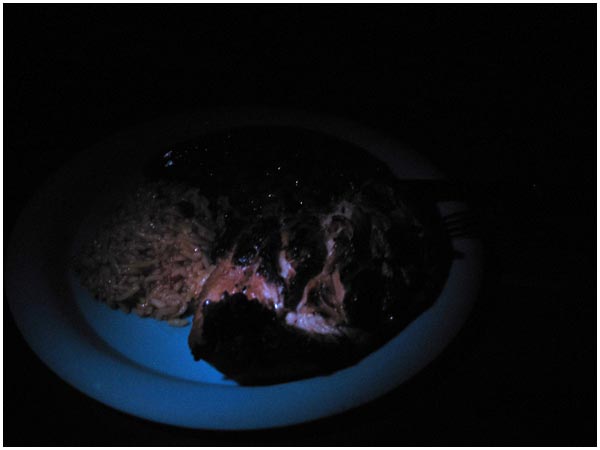 A dark snapshot of the delicious meal we had for dinner: teriyaki-marinated chicken, along with some rice and baked beans. I don’t know if it was the long drive or the total darkness, but food never tasted so good.