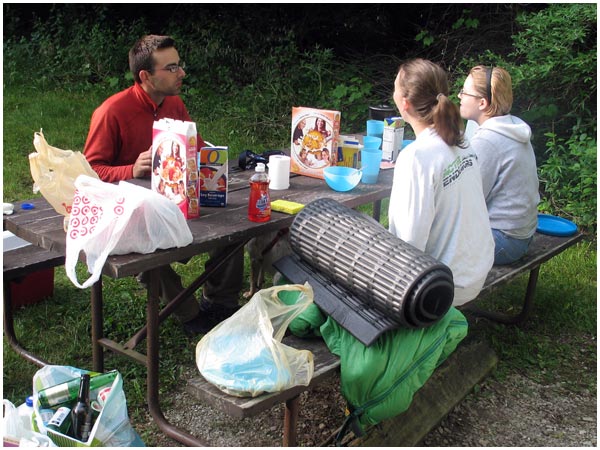 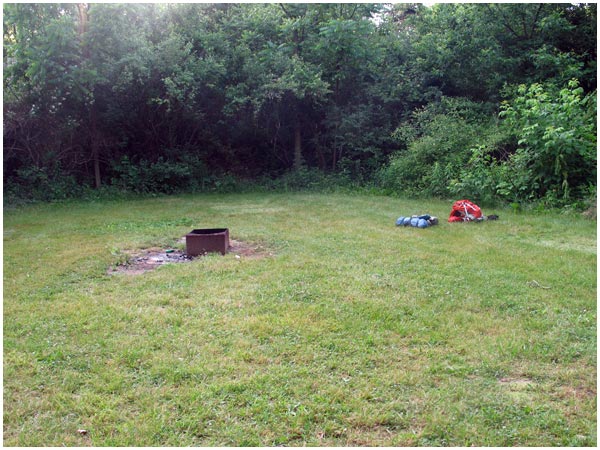 Campsite, broken down. Jake (good Eagle scout that he is) had us all form a trash line, and we patrolled the grounds. I’m happy to say that we left our camp site better than we found it. 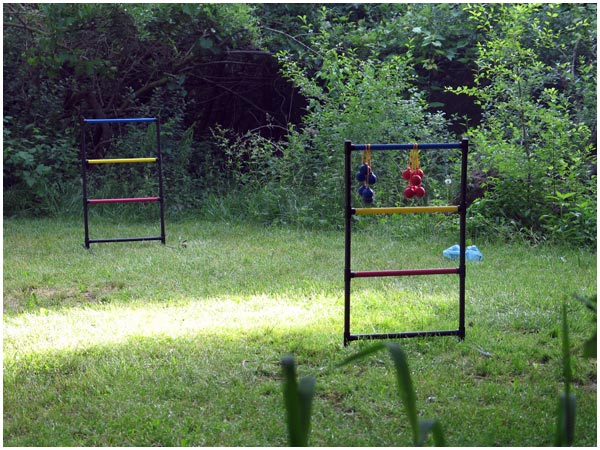 Our neighbors (Kelly and Dale) were kind enough to lend us their can opener last night. When I popped over to talk to them, they invited me to play a game of “string golf” with them. I had seen them playing the day prior, and it looked like loads of fun.

Sadly, I didn’t get any shots of Kelly or Dale – and snuck this pic right as we were leaving. Kelly whooped me pretty solid on our games, but I did manage to win one. I think I need to purchase this game (along with the bocce ball set), for when we go and hang out on the boulevard. 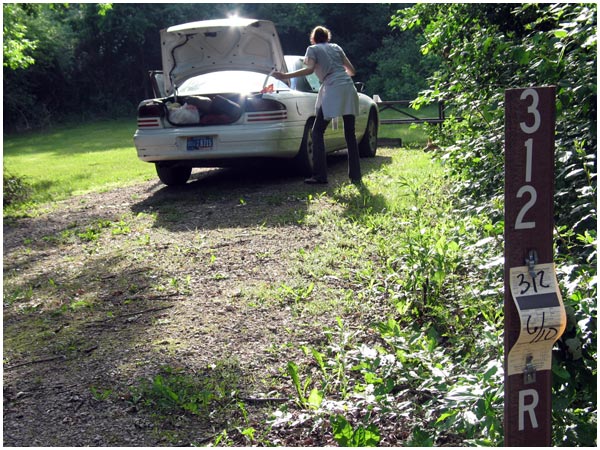 Packing up the car. 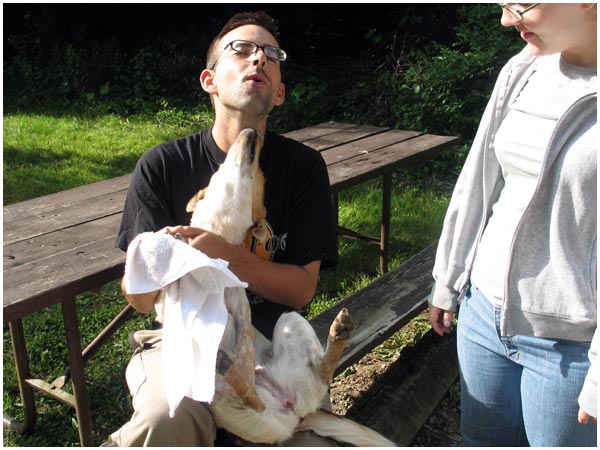 Jake, making sure Tus has some clean paws for the car ride home. 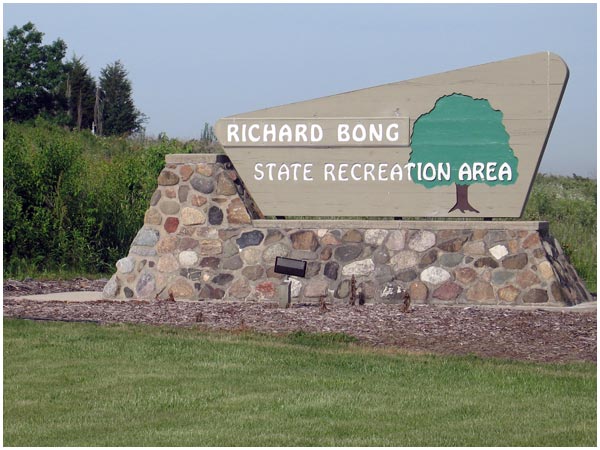 A look back on the official entrance to the Richard Bong State Recreation Area. 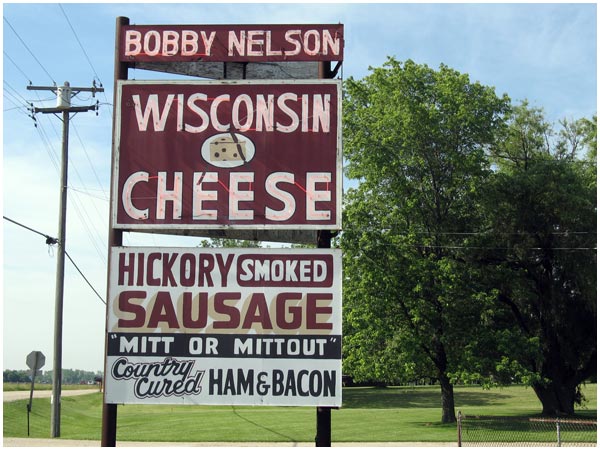 On the way back to the Interstate, we stop off at Bobby Nelson’s to pick up some sausage. Located right next door to the Mars Cheese Castle, this is Jake’s preferred shop (he says Mars is stricly for the tourists). 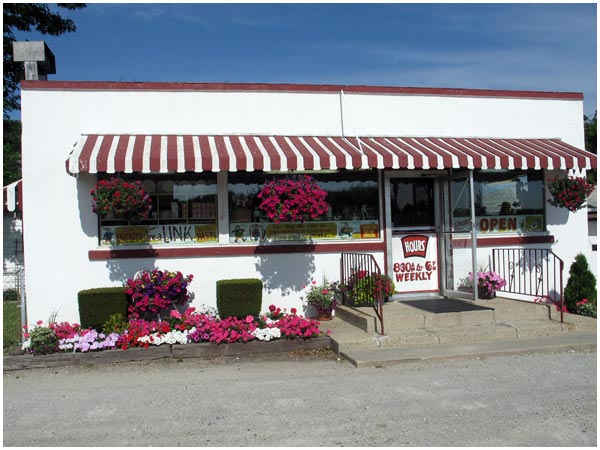 It may not be a castle, but there’s some damn fine cheese and meat inside. 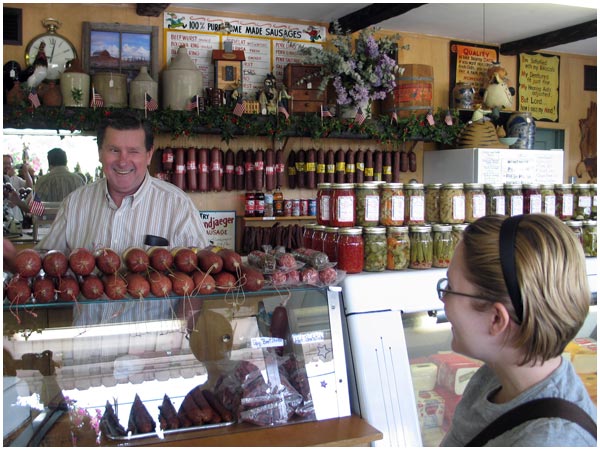 We never did find out if this was actually Bobby Nelson or not, but he was incredibly friendly and all smiles. It was infectious just being in the room with him, and you couldn’t help but smile back.

Here’s an odd thing: as I was purchasing a bit of sausage, he was talking to everyone saying “This is your first time here, right?” And then he looked at me, pointed, and said “You, you’ve been here before.” When I told him that this was my first visit, he said something like “Huh. Musta been your twin then.”

What is it with other people mistaking me for someone else? Are there really that many people out there that look like me? Even way out here in Wisconsin, at Bobby Nelson’s Cheese and Sausage shop?

I swear I already met my dopplegänger, and last I heard… he was headed for LA. 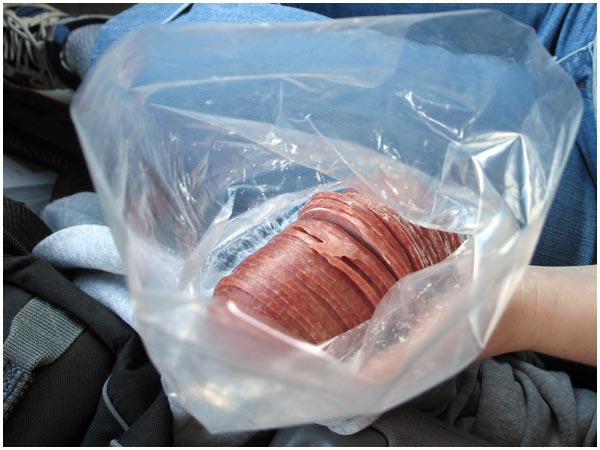 This. Was. Incredible. I had to physically control myself when eating these slices of sausage, as I wanted to stuff the whole thing into my face. MAN was that good. 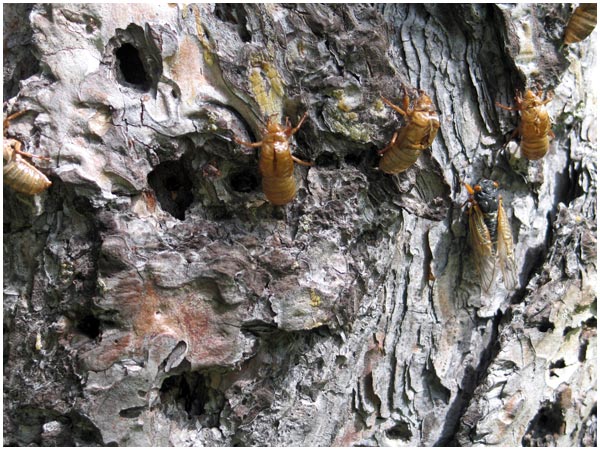 On the way back to Jake’s place, we stopped off to check out the recent 17-year cicada emergence. 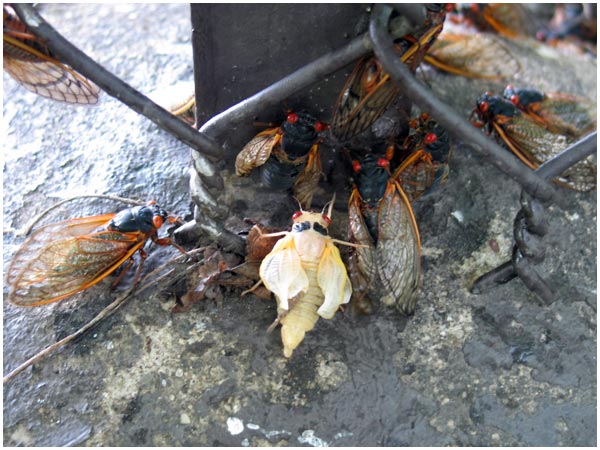 The white guy is one that just recently emerged from its shell. 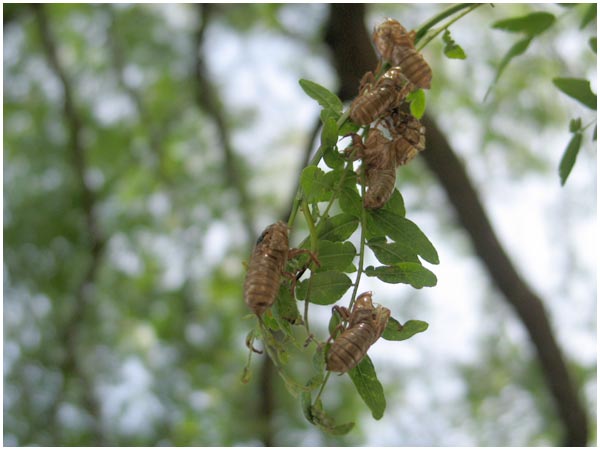 They were literally EVERYWHERE. I had also long heard about how strong the sound is, of all these cicadas… but until we stepped out of the car, I didn’t fully appreciate those stories. At first, the noise I heard sounded like tires thrumming along a nearby highway. After a bit, it dawned on me that all the noise, all the ruckus… came from millions of cicadas, vibrating their abdomens.