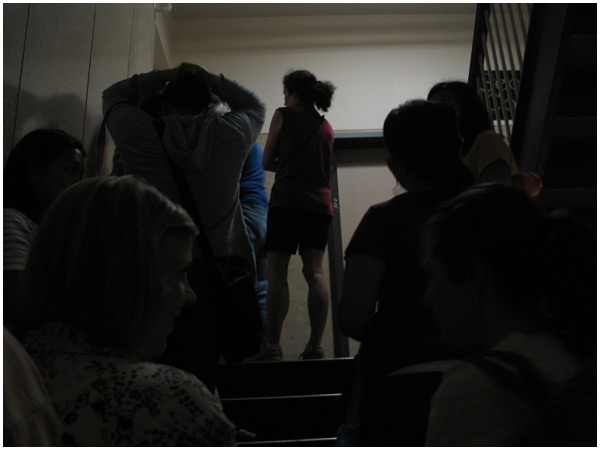 Waiting in the stairwell for the doors to open, Liz and I joined a bunch of others hoping to get in early at the Paper Source Warehouse Sale. We got here earlier than last year (around 8:30AM vs. 8:45AM), and were originally dismayed to find ourselves only steps inside the building. However, after a few minutes, the line started moving… and we realized we were actually quite close to the beginning of the line.

We walked up into a large waiting area, and snaked around the room against the walls. I went over to the first woman in line (she was maybe 70 people ahead of us), and found out that she arrived at 7AM. According to her, the first hour was “very slow,” with only a few others showing up. 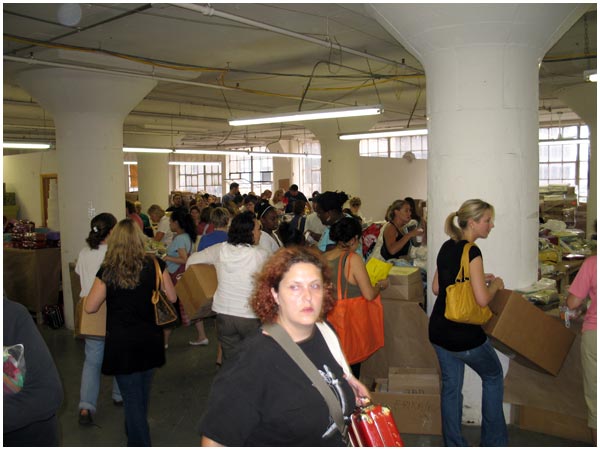 Once inside, things were a little hectic. It was WAY better than last year, I have to say – but still hectic. 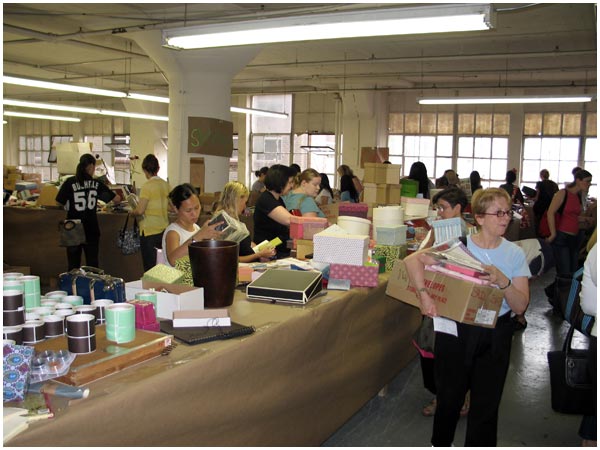 The tables were spread out more, and there was a great deal more room to move/walk. Things did seem a little calmer this time around, overall. Not a whole lot of bumping and pushing. 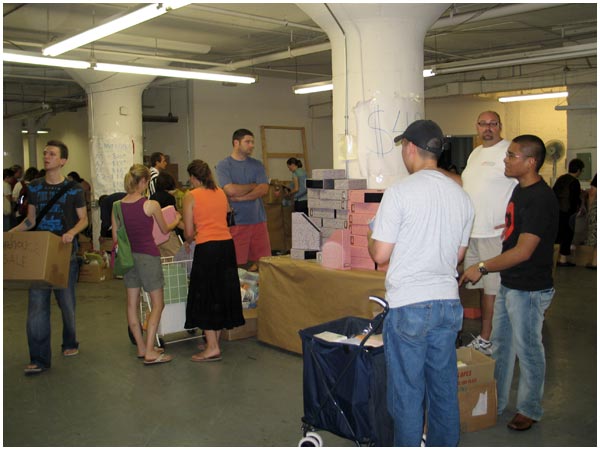 Due to the changed layout, there was no hallway to enable the Wall of Dudes. I did find, though, the Column of Dudes.

Fun stuff. My highlight from the morning was noticing a girl who had on a Helvetica t-shirt, and pointed out a big calendar set that featured a different font for each month. She was pretty excited by the find, and I felt pretty helpful as a result.