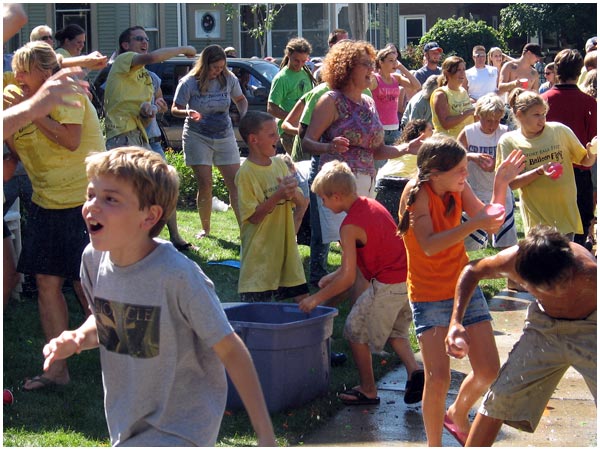 One of my favorite parts of the entire festival happens at the conclusion of the parade: the Waterballoon War. 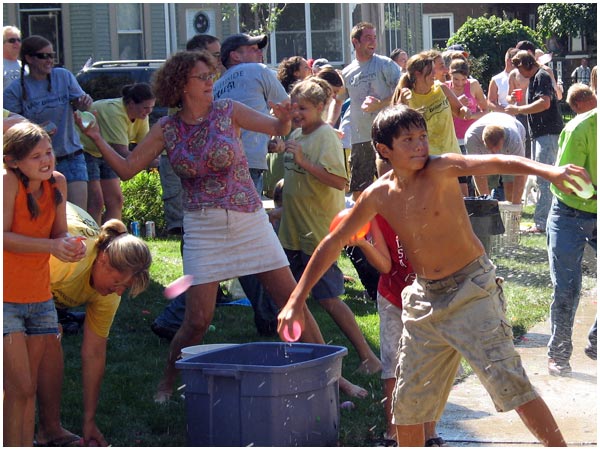 Apparently, this is an old rivalry between two houses on opposite sides of the street. The parade ends right at these houses, and each year kids from all over team up to huck balloons at one another. 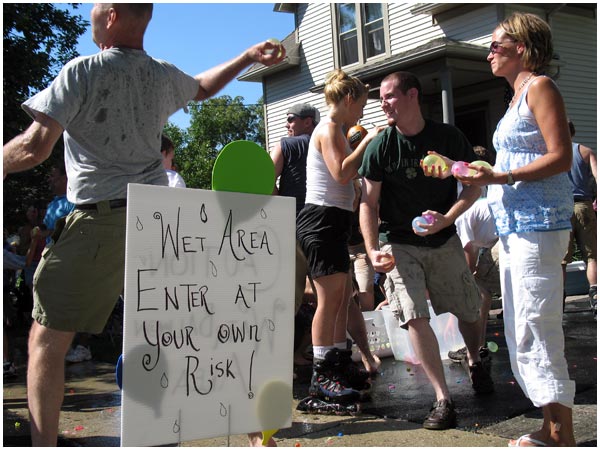 Disregarding all thought for my personal safety, I ventured over to document the events. Try to keep in mind all the risks I take for you. 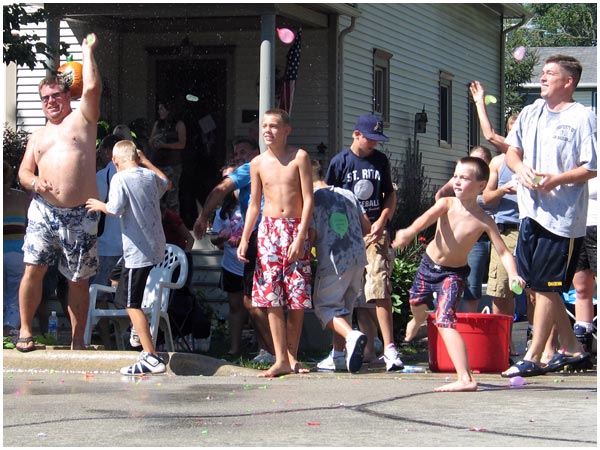 Actual tubs are brought out, on both sides, filled with ammo. 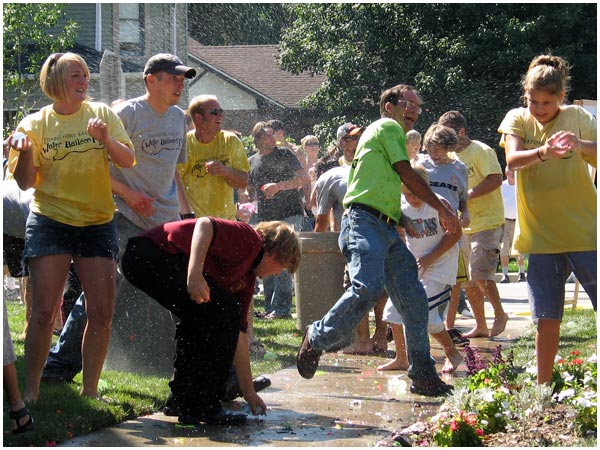 I love how, in almost every shot, there’s someone yelling or cowering. The entire event is sheer chaos. 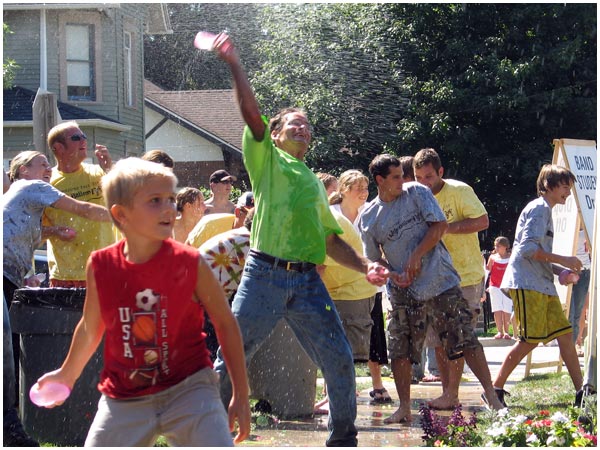 This guy in the green kept making me smile – he was SO into the whole thing. Awesome! 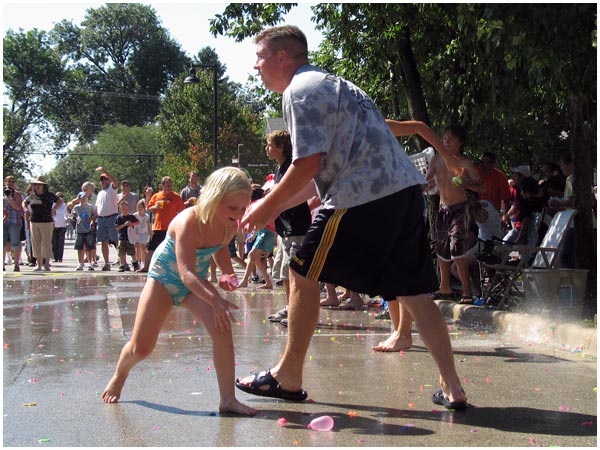 Going after a stray… 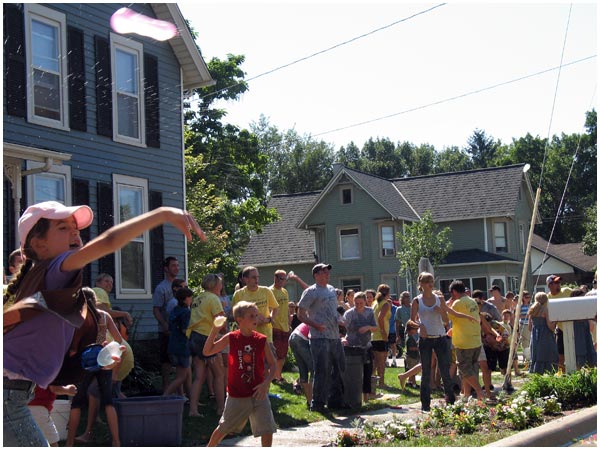 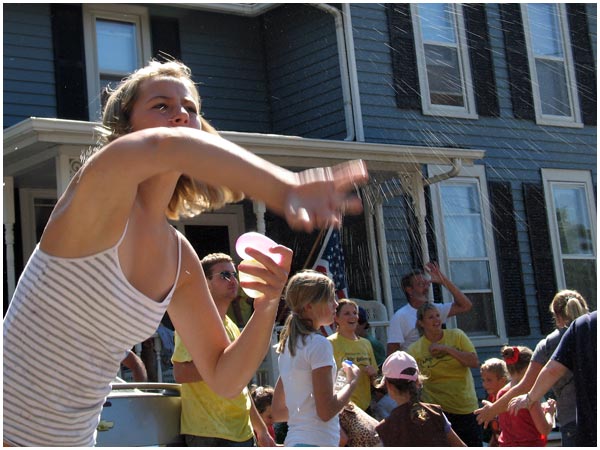 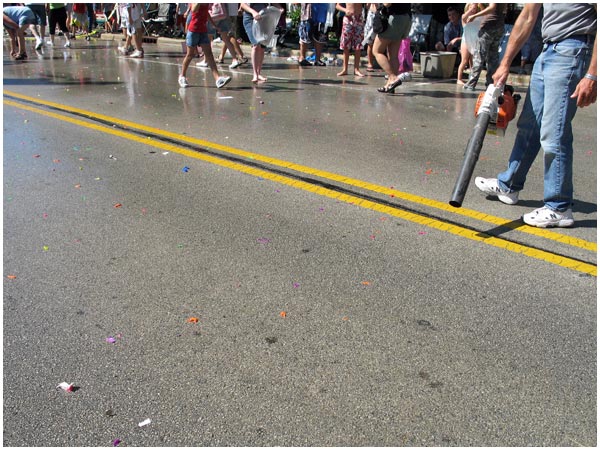 As soon as the balloons stopped, volunteers were right there to help with the cleanup process. 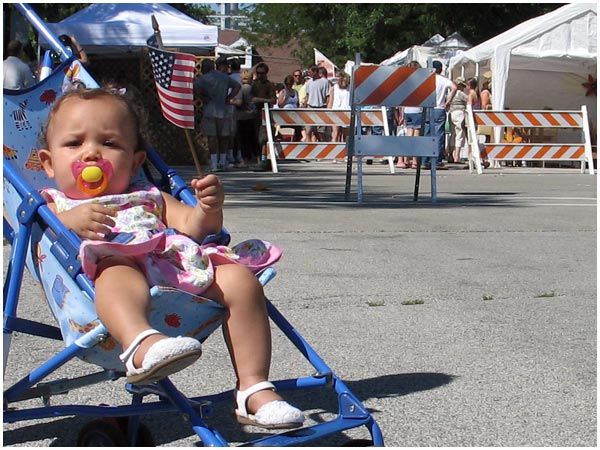 After the war: Paige, being patriotic.

In case you missed it, check out the pics and videos from last year’s war.