Hiding Out at the Hideout 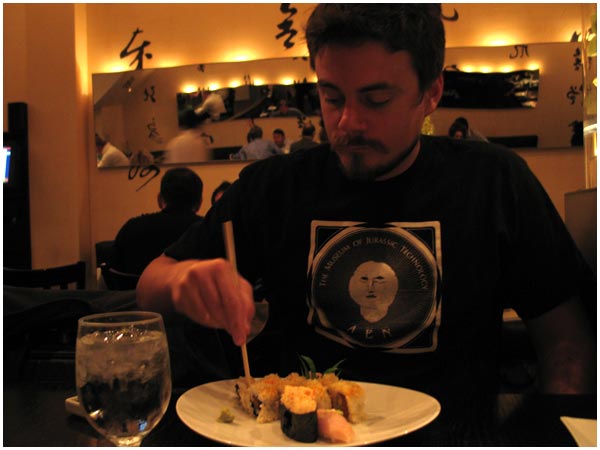 Justin came to town yesterday, and tonight we met up for dinner before heading out to a book opening at the Hideout. Our friend Rob did the illustration work for Jonathan Messinger’s book… appropriately titled, Hiding Out. 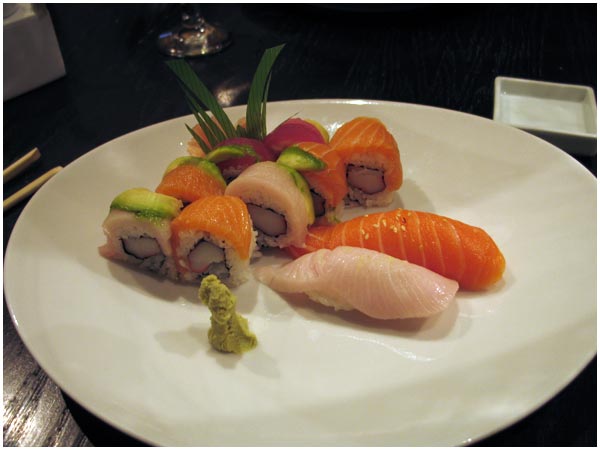 We stepped in to Hachi’s Kitchen, a sushi place right up the street from my apartment. I’ve long wanted to try this place out, but ever since I started South Beach I haven’t really gone out all that often. Tonight felt like a good night to splurge, and I’m happy I did – the sushi was great. Gotta get back here. 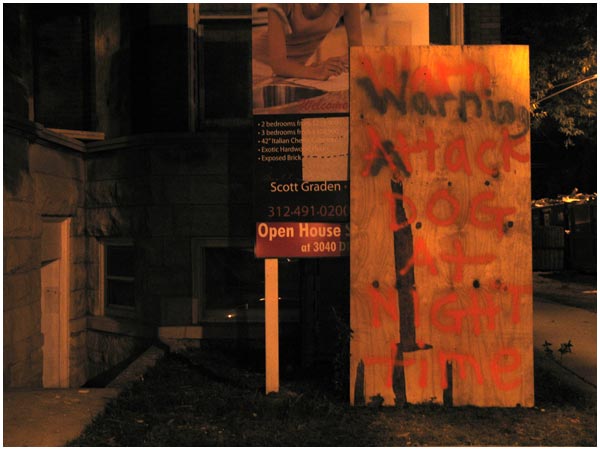 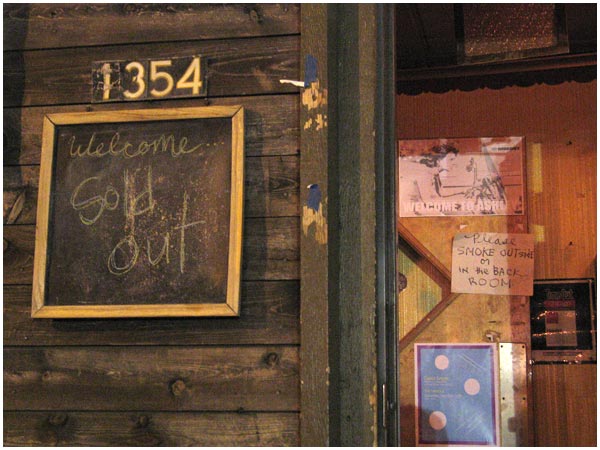 At the Hideout, the place sold out right as we arrived. We got here a little late, but didn’t anticipate enough people showing up to fill the place to capacity. The lady at the door said “we legally can’t let anyone else in here, otherwise we’ll get fined.”

Justin and I stayed in line for a while, and by the time things let out… Rob had come out for a breather, so we just stayed outside to chat. 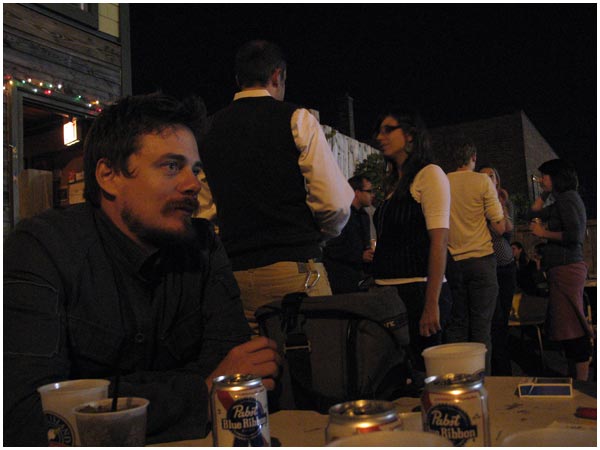 Justin, and a view of the growing crowd outside. 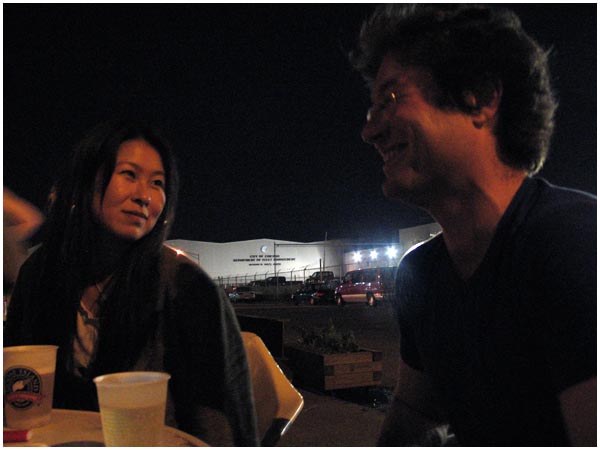 I met and chatted with Alex, who I haven’t seen in years and years. Had some great conversations with him, and learned a lot about his current job. He works for the City of Chicago, Streets and Sanitation.

After he was called in to figure out some solution, he devised a pretty ingenious plan: look to the nearest manhole cover. Whoever’s name was on that cover: they are responsible.

No fancy communications setup, no new hardware required. A nice, elegant answer that used the existing information at hand. Apparently, the turnaround time to get these things fixed is down to 2 days. 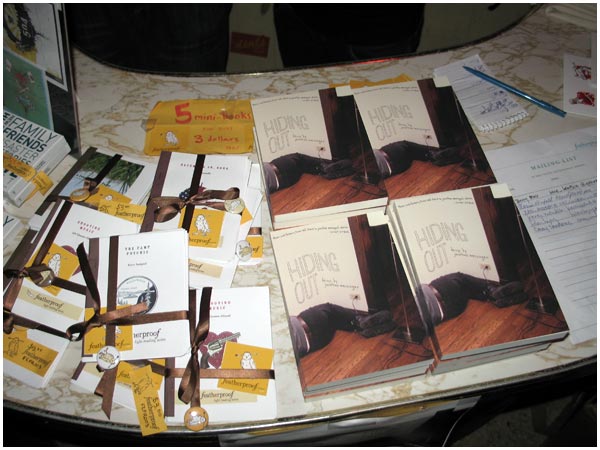 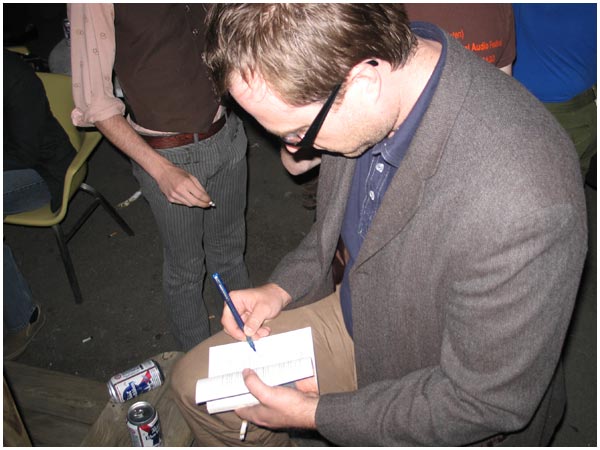 Of course, I couldn’t buy a copy without getting a nice autograph from Rob. 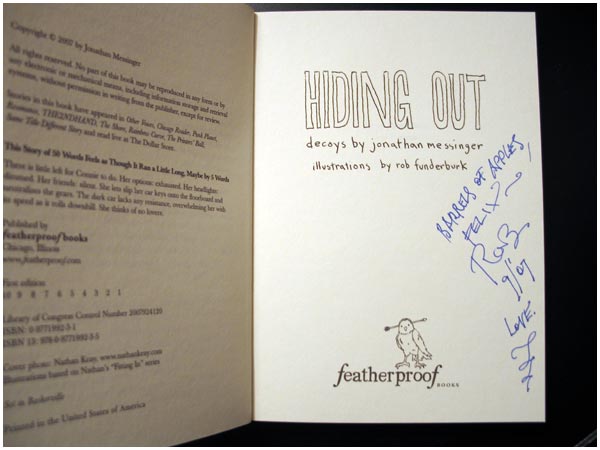 Posting this, just so I can say I knew him when… 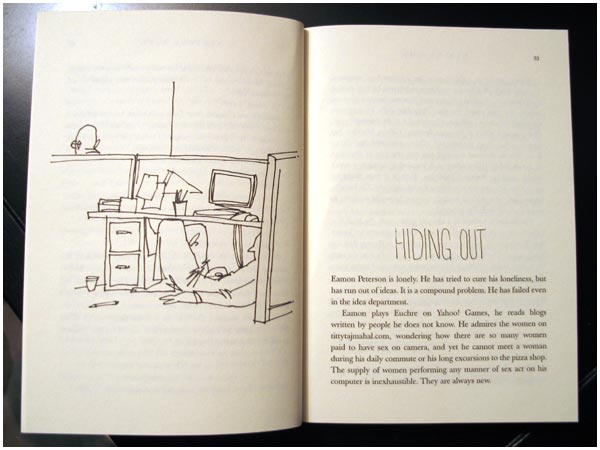 An example of some of Rob’s illustrative work in the book.

« Send In the… Bunnies
The Grocer, Pilsen Art Walk »