La Esmeralda: The Most Expensive Coffee in the World @ Intelligentsia

Last week, my friend Matt (aka Tha.Riddla as well as the Best Barista in the US 2006) told me about a special event: a tasting at Intelligentsia for the most expensive coffee in the world.

A few months ago, last May, Intelligentsia purchased 100 pounds of La Esmeralda for $130 each (that’s a grand total of $13,000), purportedly the highest amount ever paid for coffee. The beans come from a coffee plant known as Geisha that originated in Ethiopia in the 1930’s, with some of the seeds making their way over to Panama in the 60’s. But it wasn’t until Daniel Peterson took over La Hacienda that the beans were harvested separately, from the rest of the plants on the farm.

The result: a coffee that includes both floral and fruity notes, and was described by Intelligentsia Green Coffee purchaser Geoff Watts as similar to “watching Ali box in his prime.”

Tickets to the event were $25, which also included wine and hors d’oeuvres, and free samples of the coffee. After the event, the coffee would be available for purchase at $99 per half pound. That’s right – HALF pound. And $55 for a quarter pound. Yowzah!

Here’s the nice bonus though: for anyone who went to the tasting, you got to walk away wiht a quarter pound of the beans. With that steep discount, and the fact that it seemed like quite the singular opportunity… I decided to get myself a ticket.

Here’s what I saw: 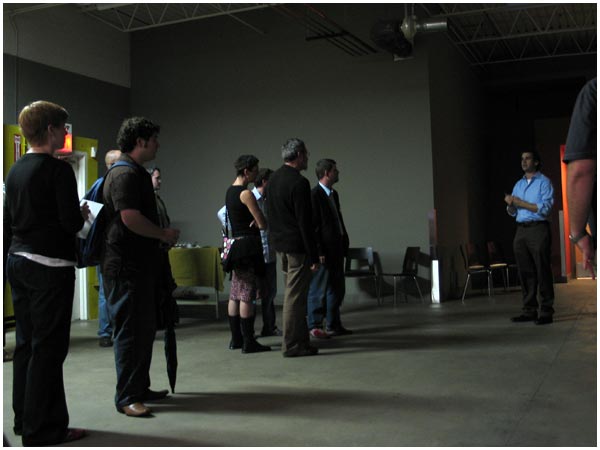 At the onset of the evening. I showed up a bit early, and milled around with the few other folks who were here. Not being the most social of butterflies, I kept mostly to myself. 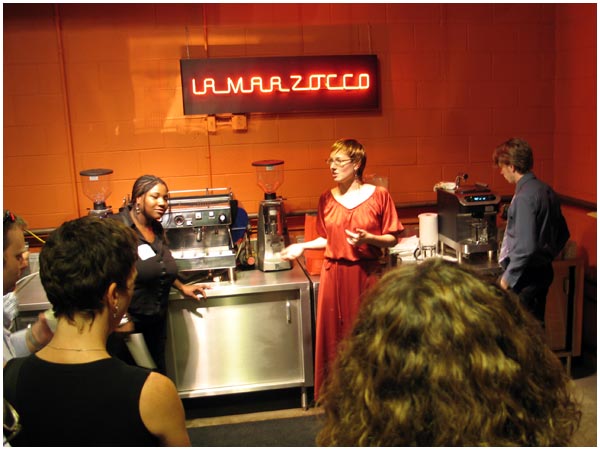 When I entered the side room, a lot of the crowd had moved in here where the coffee was just started to get served up. 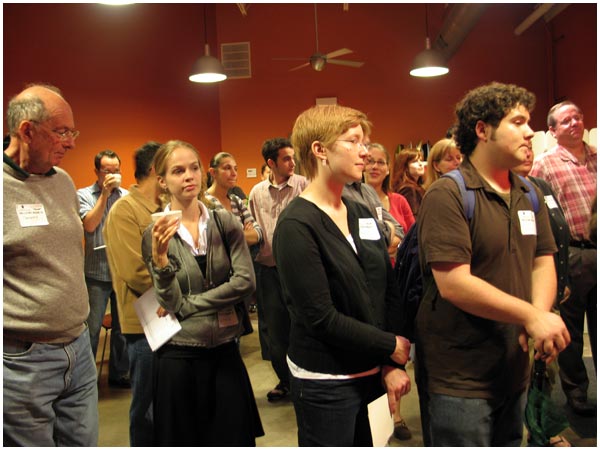 With only a few people served, the rest of the crowd waits for their first taste.

Sara, serving up more of the Esmeralda. A bit later, she looked over at me and said “Are you Felix?” I wasn’t sure where I had seen her before, but then she said “You know Alex and Linda Galt!” My memory was still hazy as to where I’ve met Sara, but my best guess is she used to work up in Green Bay, at Kavarna. 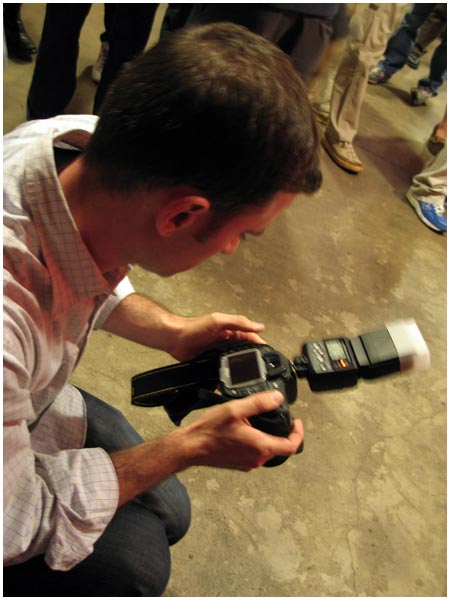 I spotted Matt with camera in hand, working the crowd and getting images for the site.

My cup of the Esmeralda.

In tasting it, I’m sad to say that I didn’t pick up on a ton of the various flavors. It was very light, and incredibly smooth – and much lighter than what I had imagined. For some reason, I expected some kind of dark, musty, heady cup of superblack coffee. Instead, what I tasted was very soft, and very subtle.

Strangely, I could tell there was a… what I can only describe as a “slight shifting” while I was drinking the coffee. But I don’t think my tongue was sensitive enough to note the specific flavors. I noticed just enough that I could tell something changed with the flavors at the onset, versus those after a moment or two. But again, very light. That’s probably the best word I can think of to describe it. 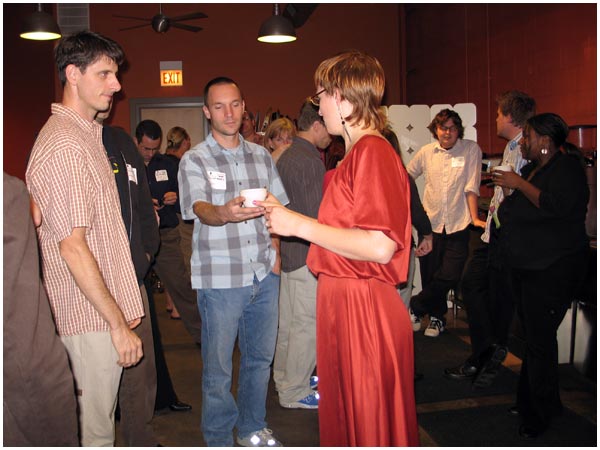 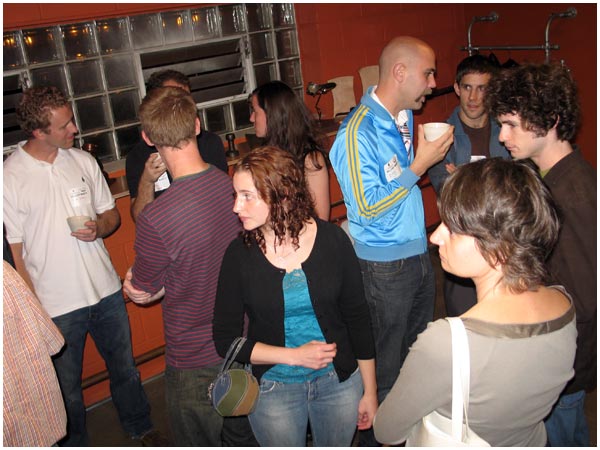 Random shot of the crowd. In looking around, I kept wondering: what kind of people are at this sort of event? How many were die-hard coffee lovers, and how many were, like me, just really curious? 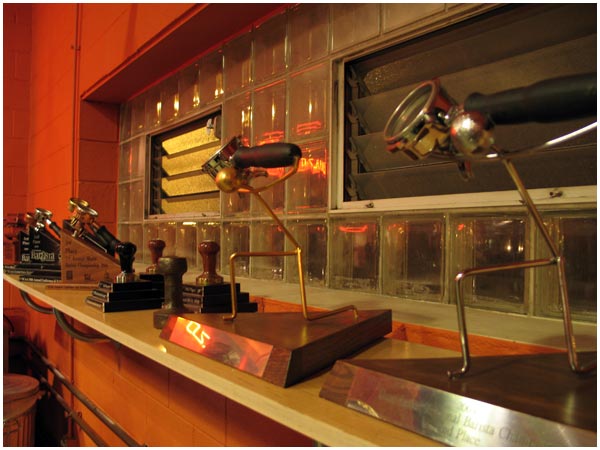 Many of the numerous awards that Intelligentsia’s won. 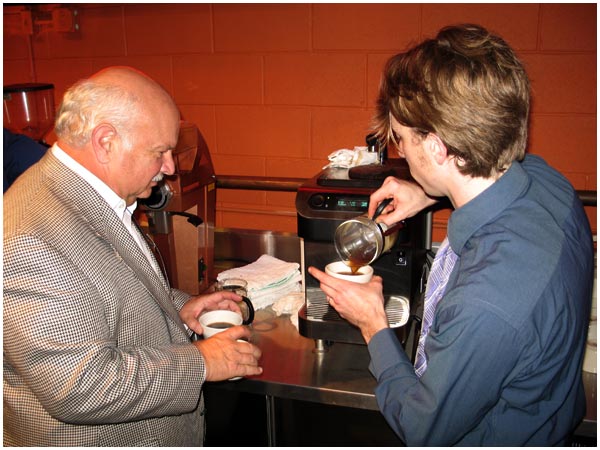 Chris, pouring out another cup… 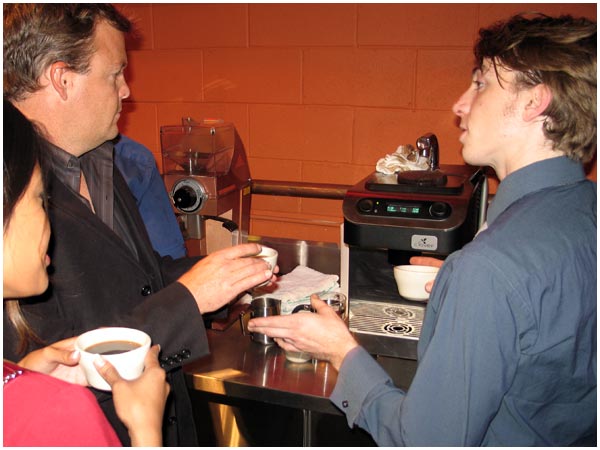 and explaining how the Clover works for the umpteenth time. 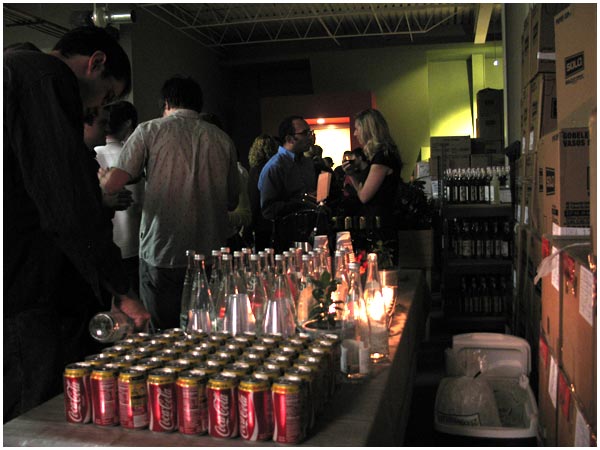 Lots of wine, beer, cheese, and general goodies for everyone.

A quick overview of the main area. When I asked Matt about the total number in attendence, he estimated there were maybe 100 folks who signed up for tickets online, prior to the event. 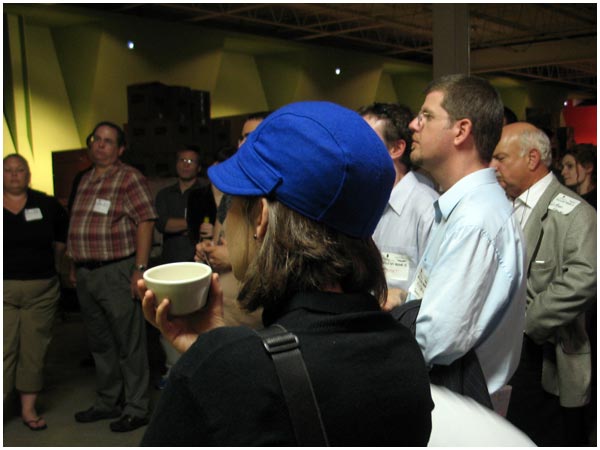 Crowd gathered near the main area, listening to the presenters. 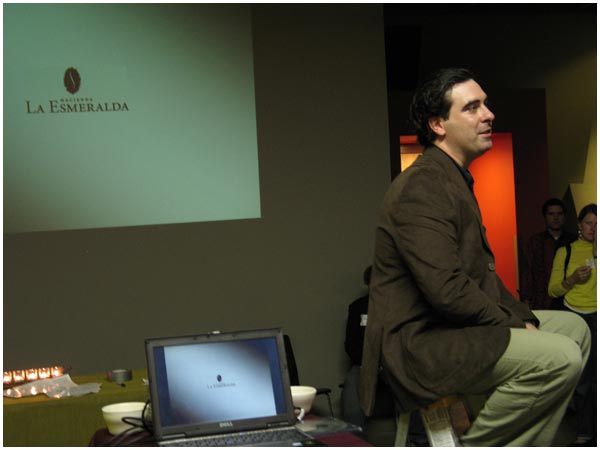 Geoff Watts, talking a bit about the state of coffee in the US, as well as internationally. 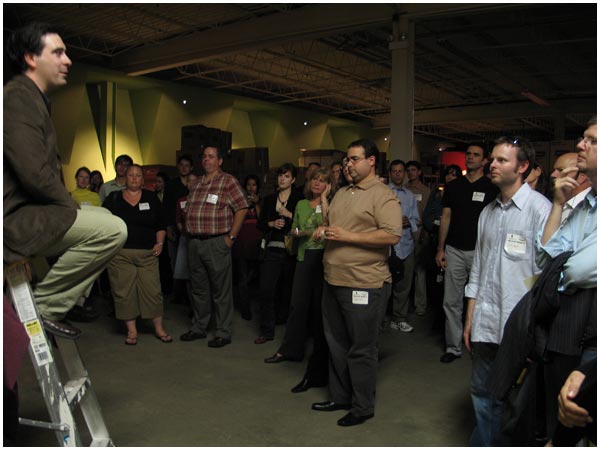 He also mentioned how independent farmers were having a tough time shifting from focusing on quantity/yield over to quality. I also learned a lot about how risky the business is, as putting in new coffee plants oftentimes takes a year or more before beans can be harvested. It’s a pretty big gamble for a farmer to make: investing time and money into something that… may or may not pay off.

Daniel Peterson of Hacienda La Esmeralda, talking about how they discovered the Geisha. He also went on to talk about how he was wary about entering the Esmeralda in to the “Best of Panama” contest, as many judges had preconceptions about what a Panamanian coffee should taste like… and how Esmeralda’s Ethiopian influence might have been seen by some as a flaw.

He did enter it though, and since then… any contest it’s been entered in to, it’s won. 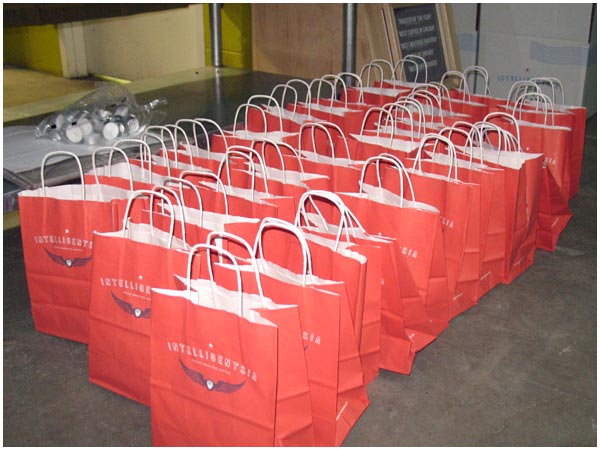 On leaving, I got to take a sample of the Esmeralda with me. With each person’s ticket, you also got to go home with a quarter pound bag of the coffee (which sells for about $55).

Back home, and a view of the packaged beans. I’ll be taking this to work tomorrow, and giving folks there a taste. I’ll be curious to see what they have to say, when they try it out.

If you’re interested in trying out the coffee, check out Intelligentsia’s online store. I don’t know that I’ll ever plop down the money to grab a half pound (or even the quarter pound), I do know this much: while everyone will huff and guffaw about not wanting to pay for the coffee, almost everyone I’ve talked to has been interested in tasting it.

I guarantee that if you pick up some of the beans, you’ll have quite a story to tell (and a lot of folks who will have, mysteriously, appeared at your side, coffee mugs in hand).

// Edit
Check out some additional photos (read: better) from the evening that Matt’s posted on Flickr.