Last weekend, Liz and I happened to be watching TV on a Saturday and saw an episode of Everyday Food. I’ve seen this show before, and was a fan of it (the recipes are all pretty straightforward and easy, and they tend to walk through many of the steps with beginners in mind).

The focus of the show is on making good food, of course – but they also focus on ease, and time. Which is something I like. I still think of myself as a beginner in the kitchen, and it’s rare that I get the urge to spend a LONG time cooking… so this show is pretty great for someone like me.

The episode we saw recently involved a recipe for spaghetti sqash. This was something neither one of us had cooked before, but it sounded fun (and interesting), so we picked one up at Stanley’s. Seeing as how this was a new thing for both of us, I figured I’d take a few pics. 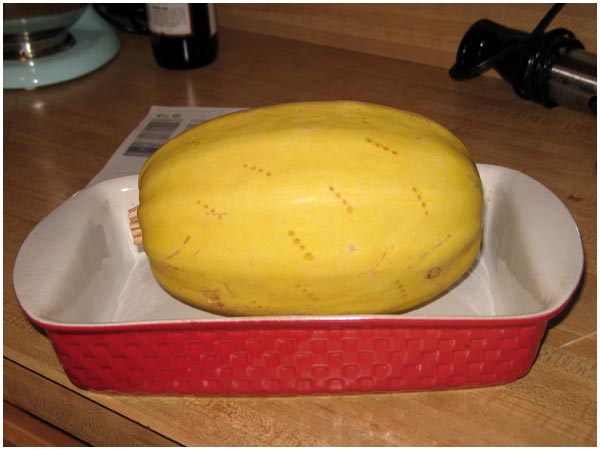 Step 1: Poke some holes in the squash with a fork, all over. Preheat the oven to 400. 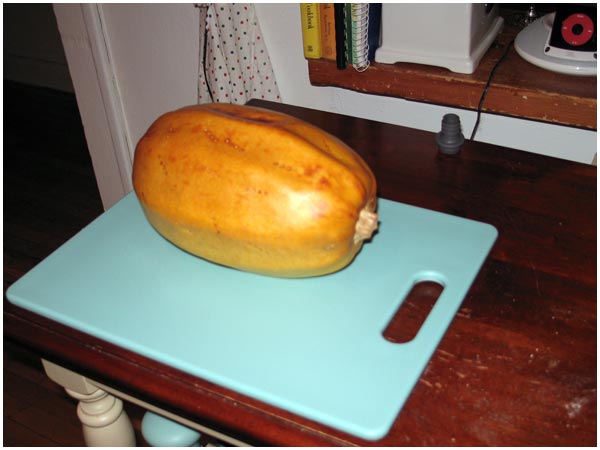 After about an hour, this is what it should look like: darker, a little more color. It should be soft to the touch. Let it cool for a while, to a point where you can handle it easily (we ended up throwing ours in the fridge for a bit, to get it to cool down faster). 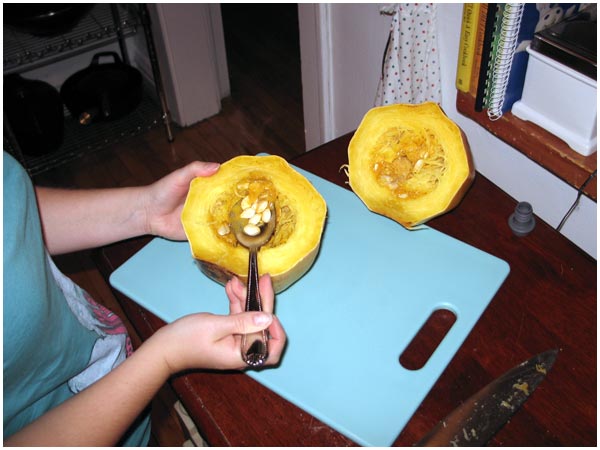 Cut the spaghetti squash in half (crosswise) and scoop out the seeds. It’s a bit like scooping the seeds out of a pumpkin. 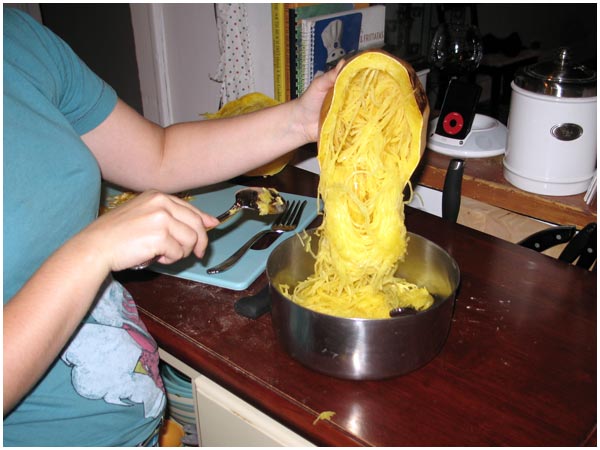 Using a spoon or fork, dig along the sides and the spaghetti squash will pretty much just fall out. One 2 lb. squash is more than enough for two people, as there’s just a ton inside.

Take oil, heat it over low heat and throw in some garlic. Let that go for about 5 minutes until fragrent, then add the spaghetti squash. Salt and pepper to taste, and you’re done!

The initial hour cooking time is a bit of a drag, but it gives you time to do other stuff. And the rest of the process is remarkably easy.

If you’ve never tried spaghetti squash – give it a whirl. Definitely a very unique veggie, and if nothing else… very, very fun.