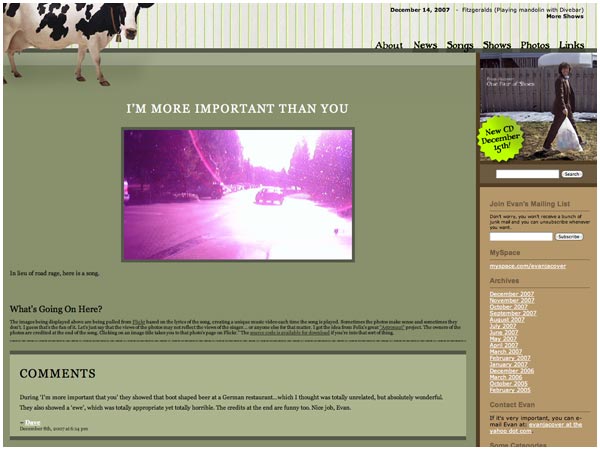 Chicago developer/blogger Evan Jacover has created his own Flickr-based videos, and is offering up his source code to boot!

I’m impressed at how quickly his video run (he’s playing the song at the start, and dynamically loading in images as the song progresses). As a result it’s way zippier than my version, which pre-loads all the images before kicking off. And on top of that, he applies a great Ken Burns Effect to the images, as they transition. Super slick!

Check out some of his songs/videos. Nice work, Evan!