Peabe and The Grocer: “Hello My Name is Chicago” Show 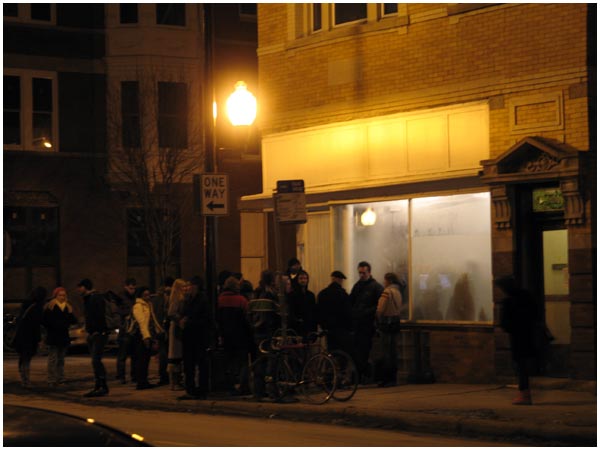 Both Bryan (Peabe) and The Grocer were part of a show on Friday at the Country Club Chicago gallery on Thomas and Damen. Both part of a show called “Hello My Name is Chicago,” when Liz and I showed up circa 8:30PM… there was already a growing crowd outside the gallery. Due in no small part to the recent Chicago Reader coverage, no doubt.

How awesome is it that Bryan got part of his artwork showcased in the recent Reader?

Outside, we met up with Chris, Ben and saw Nick and Erin on their way out. We also met up with Shannon, visiting webmaster from Indianapolis (and former webmaster to Terre Haute), who’s visiting Chicago for the weekend.

Due to the capacity crowd inside, we had to wait in line briefly. There were so many people, they had a bouncer at the door keeping track of how many people were going in/out. 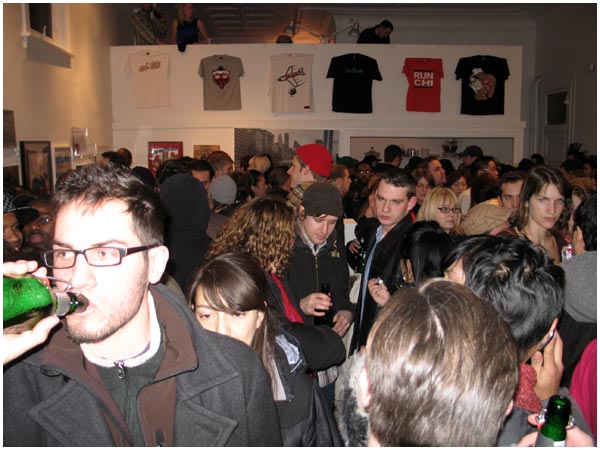 Inside the gallery, it was pretty crazy. Bodies everywhere, and any movement required a kind of uncomfortable rubbing against strangers. In the bad way. Imagine dirty dancing, but really slowly, with a winter jacket and a scarf on. You get the picture. 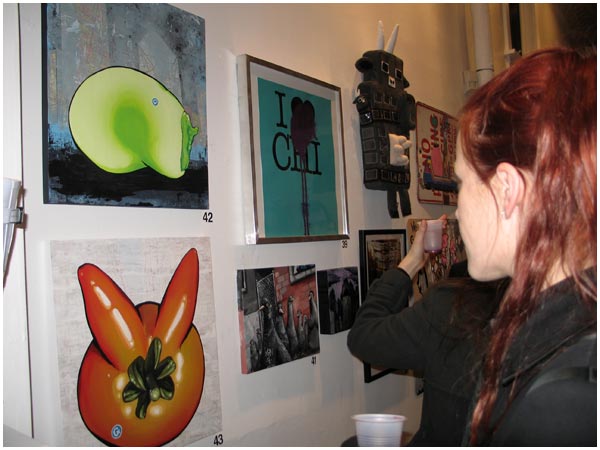 Two newer works by The Grocer. For those that aren’t familiar with his work, he’s also got a neat section on his site called “the lab”, where you can see the work in progress. 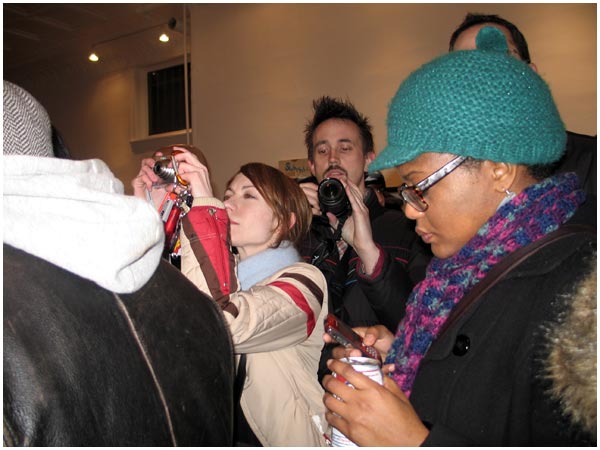 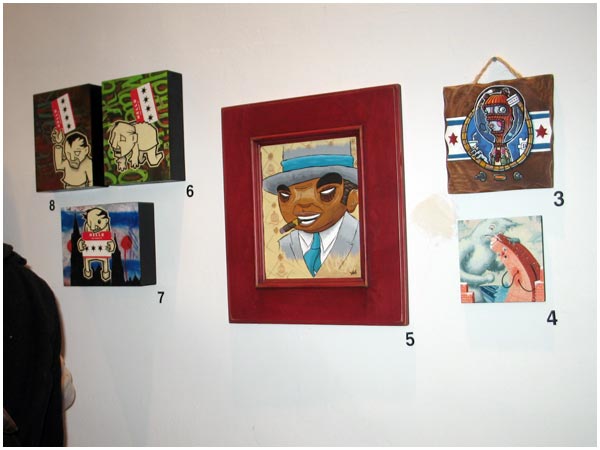 Bryan’s piece (in the middle). I had to wait a good while for this area to clear out enough to actually take a photograph.

Another of Bryan’s pieces – this one noticeably more focused on facial details, as compared to a lot of his prior works. This piece is the one that made it to the Art Section of the Chicago Reader. 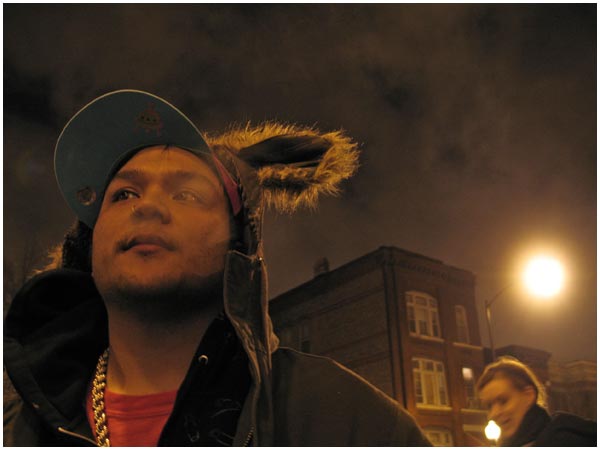 Outside the gallery, a bunch of us took a break from the hectic mass indoors. I snapped a quick shot of Bryan smoking (and who, incidentally, owns an assortment of fun hoodies).

We didn’t get to really look around the gallery much, due to the crowd. I got to hang out some with folks outside, and spent the majority of my time chatting rather than viewing work. I’ll be curious to hear how the show did overall, and whether pieces were sold, given the crowd. It’s always hard to estimate shows – is it good to have a ton of people/interest? Or does that huge crowd make it harder for actual, potential buyers to view the work? 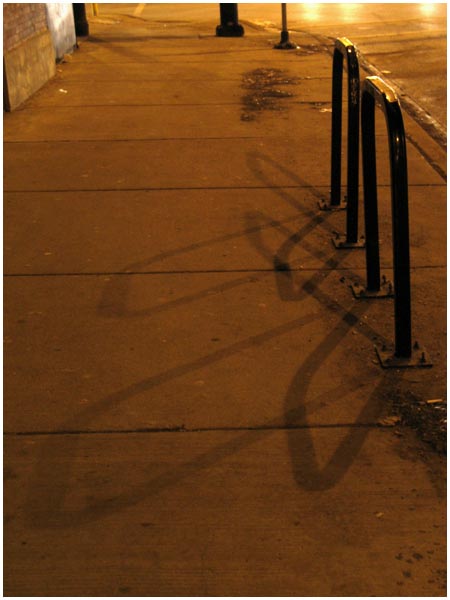 On our way back to the car, I spotted an interesting overlap of shadows, on a nearby bike rack. Around here, the positioning of the streetlights sometimes allow for some this sort of thing.

« In-House Photo Shoot
Exteriors and Reminders: Photos from a Day of Shopping »