Tonight Liz and I travelled down to Frankfort, to hang out with her family. And actually, it was also for my birthday too (I’m having quite the weekend).

For dinner, Liz’s mom cooked up some fantastic food – meatloaf, mashed potatoes, corn, asparagus and brussel sprouts (which I’m discovering that I really, really like).

The food was delicious, as usual, and I think I kept on going back for more and more. I’m fairly certain I had thirds – it was that good.

But then, after the meal, the coffee came out. And then I got presented with a cake that Liz had made for me. 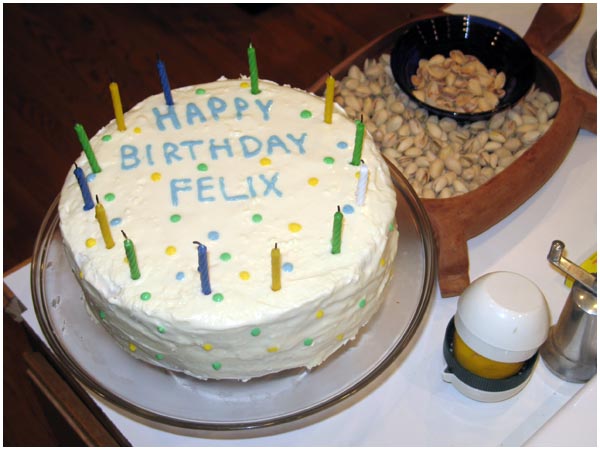 From the looks of it, I don’t think you’d guess that this was her first ever cake. All made from scratch too (including the icing)! Seriously – did I luck out or what? 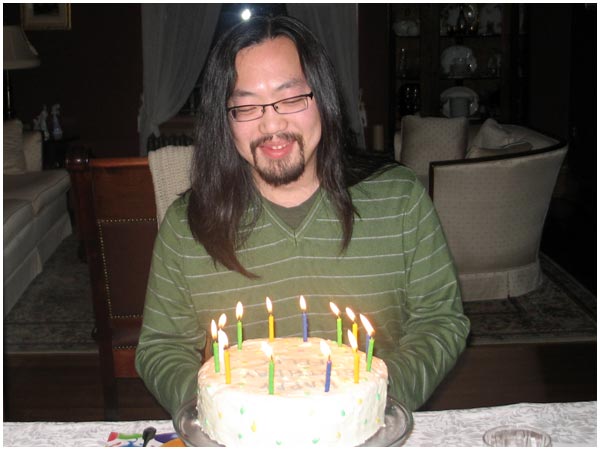 Me, my cake, and a small little forest fire of candles burning on top of it. 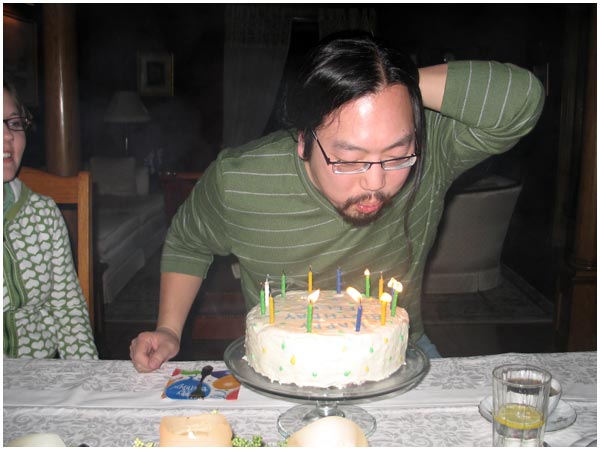 Having learned my lesson watching Michael Jackson’s Pepsi Commercial Incident, I held the hair back while I blew out the candles. One can never be too safe. 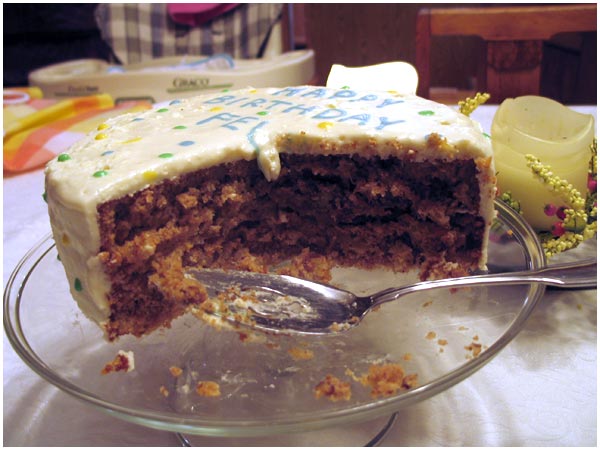 And so you know – this was a hummingbird cake, with bananas and pineapple and pecans inside. And yes, it does taste as good as it looks. 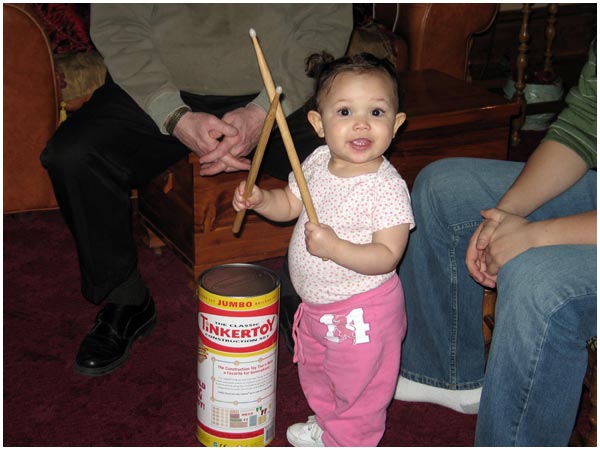 By far the best moment of the evening for me was listening to the musical, rhythmic stylings of Paige Ford. After dinner, she started playing with some of the toys in the living room. She got out some tinkertoys… and began beating on the tin with some sticks.

Bob then went to go get her a pair of his drum sticks, which she quickly got the hang of. Soon after, me, Bob and Paige were doing this little call and response: